The outbreak of  coronavirus disease (COVID 19) which was first reported in seafood markets of Wuuhan, China soon reached other continents and in no time involved 215 countries. The origin of the virus was considered zoonotic but later the spread from human to human was seen.

The mode of spread could be either via droplet infection or direct contact with the person who is infected by the virus. The virus in its initial few days itself caused a huge amount of morbidity and mortality, therefore for effective management of the limited resources available, it became essential to study the response and the severity of disease that was caused by the virus in various age groups.

The virus affected people of all age groups but the intensity and severity of the disease was found to be different in different age groups.While seniors were initially more afflicted, due to the older group's adoption of norms, the amount of aged folks who became infected decreased, resulting in a decrease in the disease's mortality. However, the younger generation persisted to venture outside for employment and other pursuits, resulting in rise in percentage of youth affected by the disease. The aging population has been the most severely hit by the disease and the shutdown measures, and has benefited the least from internet efforts. The term "age-related digital divides" refers to a disparity in the use of modern technologies. The Coviid 19 breakout resulted in a large number of persons suffering from the bad effects of the problem. The use of a digital solution to assist the total society was unfeasible. 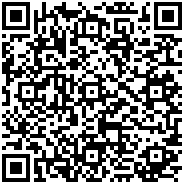