Background: Due to the lack of data and studies concerning about measurement of population awareness about cubital tunnel syndrome in almjmaah city, this study aims at determining the level of population awareness among almjmaah adult population in Saudi Arabia and measure the prevalence of CuTS in Almjmaah city. Cubital Tunnel Syndrome is a disease that involves pressure or stretching of the ulnar nerve, which can cause numbness or tingling in the ring and small fingers, pain in the forearm, and/or weakness in the hand. The ulnar nerve runs in a groove on the inner side of the elbow.

Aims: To study the awareness of cubital tunnel syndrome (CuTS) among adult population in Almjmaah city, Saudi Arabia, and to estimate the overall prevalence of CuTS. In addition to determine its effect on social life.

Methods: 384 respondents of Almajmaah were participated (45.4% are male and 54.6% female, nearly half are youth aged range between (18-39)). The intervention includes measurement of understanding the clinical features could happen, causes, prevention and management of CuTS. A standardized questionnaire was used to cover 11 different aspects concerning CuTS. SPSS package was used to analyze the data collected from the sample.

Results: The present study has a huge sample size survey gained a rich information through a structured questionnaire by researchers, follow-up duration of mean of year (2018- 2019). 16 of participants (4.1%) have cubital Tunnel Syndrome. One third of them are thought that the main symptom is Pain in elbow. On the other hand, one quarter think that Tingling and numbness in ring and little fingers is the main manifestation. The most causes that population think that’s it leads to the Cubital tunnel syndrome are Trauma, repeated hand physical activities like lifting heavy weights, and wrist fracture or dislocation respectively. 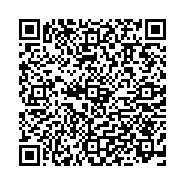