Background/Aim: Many difficulties are encountered in providing a successful complete denture treatment. Among these problems are the ways to provide comfort, function, proper esthetics, and retention for complete dentures in patients with missing natural dentitions. The aim of this study deals with the successful rehabilitation of edentulous mandibular ridge (split-mouth technique), retained with dental implants in the canine regions, using a flapless surgical technique, with an exposure of Low-Level Laser Therapy (LLLT) after implant installment to evaluate its influence on the osseointegration, implant stability was evaluated using periotest at time of loading, 3 months and 6 months later to show the early success of dental implants placed into low- density bone. Also, bone changes were evaluated by using digital periapical radiography with paralleling technique. Materials and methods: Following the split-mouth design, two implants were inserted in the mandible of 10 patients, the right side dental implants received LLLT ( laser side) with an output power of 0.5 UT and the continuous mode was used to receive a total dose of 30 J per implant over 60 seconds, while the other side was the control side. The soft laser treatment was performed immediately after the surgery, 3 days and a week after surgery, then evaluated for stability during the follow-up period (at time of loading, 3 months, and 6 months later) using periotest, and further bone height changes using digital radiograph. Results: Irradiated implants achieved higher stability compared with the control group during the entire follow-up period. At baseline and after 3 months, there was no statistically significant difference between implant stability quotient (ISQ) values on the two sides. After 6 months; the laser side showed statistically significantly higher mean ISQ values than the control side. Conclusion: Current study demonstrated that 6 months after soft laser application significantly progressively influenced implant stability and bone height around dental implants. 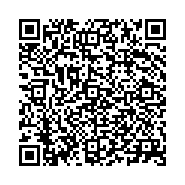