Introduction: Hypoglossal nerve (XII cranial nerve) innervates the tongue muscles, thus assists the motor activities like chewing, swallowing and vocalization. In addition, it is responsible for the modulation of the respiration and drinking behaviour. Clinically, injury to this nerve will lead to weakness and deviation of the tongue to one side. Development of the cranial motor system in central nervous system is a complex process involving events like neurogenesis, neuronal migration, cell death, and establishment of afferent and efferent connections. Since most studies regarding the nerve and its nucleus were conducted in animals, in depth study on the neuronal development of the hypoglossal nerve nucleus in humans is necessary.

Methodology: After obtaining the institutional ethical approval, explanation about the research was given to the mothers and their written consent was obtained. A total of 12 fetuses (Gestational age 19-40 weeks) were included in the study. They were divided into 4 groups based on their gestational age and Crown-Rump Length (CRL) measurements. As hypoglossal nucleus extends throughout the length of medulla oblongata in the para-median plane, tissues were collected from the section of medulla. The tissues were processed by routine histological procedure were stained with hematoxylin and eosin and also with Holmes’ Silver nitrate to study the histological details. In this morphometric study, we measured the cell dimensions (length and breadth) and volumes of hypoglossal neurons and its nucleus. From these data, coefficients were drawn to identify the proportion of growth between cell and nuclear volume.

Results: Morphometric analysis of hypoglossal nerve neurons in human fetuses showed that the neurons are oval or pyramidal in shape beginning from 18 to 24 weeks gestational age. The neurons grow rapidly in the initial period of the gestational stage, but at the end it shrinks to maturity. In the late stage, this nerve nucleus has dendritic process.

Conclusions: The shape of the hypoglossal nerve nucleus was oval or pyramid. Though the neurons grew rapidly in the initial gestational weeks, it shrunk at the end to get matured. Dendritic process was found in the well matured nerve cells. 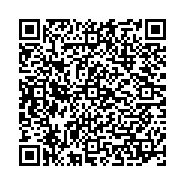