Study of the Morbidity and the Mortality Pattern in the Neonatal Intensive Care Unit at a Tertiary Care teaching Hospital in Gandhinagar District, Gujarat, India | Abstract
All submissions of the EM system will be redirected to Online Manuscript Submission System. Authors are requested to submit articles directly to Online Manuscript Submission System of respective journal.

Study of the Morbidity and the Mortality Pattern in the Neonatal Intensive Care Unit at a Tertiary Care teaching Hospital in Gandhinagar District, Gujarat, India

Background: Neonates are vulnerable and fragile beings. Many of them would fall sick despite precautions and care, especially in resource poor home settings. The early identification of serious illness and seeking care are key areas in averting neonatal morbidity and mortality. So, if we aware of morbidity and mortality pattern it is helpful to divert resources in proper direction.

Aim: Study the morbidity and mortality patterns in a NICU of a tertiary care teaching hospital.

Materials and Methods: This hospital based retrospective study was carried out in the NICU, at Civil Hospital, Gandhinagar, for a period of 1 year. After tacking ethical permission from Institutional Ethical Committee and administrative permission from medical superintendent, medical files of the neonates were retrospectively reviewed.

Conclusion: Respiratory distress syndrome, Meconium Aspiration Syndrome, neonatal sepsis, neonatal hyperbilirubinemia, and HIE as the major causes of morbidity. With Low Birth Weight and prematurity being the commonest contributors of death, attempts to prolong the pregnancy each week might improve the neonatal outcome considerably. 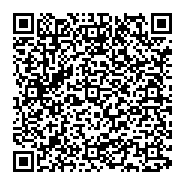