Objective: A growing number of researches on root canal therapy in endodontics patients have been undertaken; nevertheless, there is no clear consensus on the prognosis among those patients. The goal of this systematic review was to consolidate current data on the prognostic factors of root canal therapy in endodontics patients. Methods: Authors began by recognizing the important examination proof that spots light on the prognostic factors of root canal therapy in endodontics patients. We led electronic writing look in the accompanying data sets: Ovid Medline (2011 to present), Ovid Medline Daily Update, Ovid Medline in-process, and other non-filed references, Ovid Embase (2011 to present), The Cochrane Library (latest issue), and Web of Science. Just examinations in the English language will be incorporated. The precise selection was acted in close collaboration with a clinical examination curator. Results: The study included 11 research published between 2011 and 2022 that met the inclusion criteria: one was randomized trials, seven were retrospective cohort studies, and 3 were cross-sectional studies. The reported mean success rates ranged from 31% to 96% when rigorous criteria were used, or from 60% to 100% when flexible criteria were used, with significant variation in the estimates of pooled success rates. Aside from the radiographic success criterion, none of the other research features could account for this variation. In the papers examined, twenty-four parameters (patient and operational) were investigated in various combinations. The effect of preoperative pulpal and periapical state of the tooth on treatment results has received the greatest attention, although the influence of the treatment approach has received less attention. Conclusion: When rigorous criteria were employed, the estimated weighted pooled success rates of treatments completed at least one year previous to evaluation were between 68 and 85 percent. Over the previous four (or five) decades, stated success rates have not increased. The quality of data for treatment parameters influencing primary root canal treatment results is poor; research designs varied significantly. It would be preferable to standardize features of research design, data recording, and outcome data presentation format in much-needed future outcome studies. 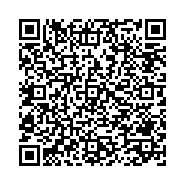