The Effect of Preparation for Hospitalization on School-age Children???s Fear during Admission in Iranian Hospitals

Hospitalization has unpredictable and often negative consequences for children, including fear. The purpose of this study is to determine the effect of preparation for hospitalization on school-age children’s fear during admission in Iranian hospitals in 2017. In this quasi-experimental pretest-posttest control group study, 54 school-age children (6 to 12 years old) referred to the children departments (1 and 2) of Besat Hospital of Hamadan were randomly assigned to two groups. A demographic questionnaire and Broome Children Medical Fear Scale were used to collect data. In the treatment group, after completing the questionnaires, the preparation program was provided: this included familiarizing the child with the department and personnel, the tools, and presentation of a cartoon booklet for 30 minutes. For the control group, the usual tasks of the department were applied, after which the questionnaires were re-filled by both groups. Data was analyzed by SPSS software version 16 and Fisher and Chi-square tests were used. There was no significant difference between the scores of fear at the pre-intervention stage in the two groups (P = 0.227), while these means were significantly different after the intervention in the two groups (P = 0.001). This establishes the positive effect of intervention in reducing hospital fear for school-age children. Based on the findings of the present study, the preparation program is an effective way to reduce the fear of school-age children. Therefore, it is recommended that this method should also be investigated for other age groups. 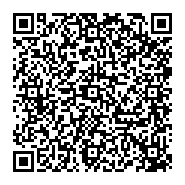