Human destructive behavior has many determinants. In considering animal models of human behaviour, one cannot propose that similar behaviors necessary have the same causation in human being. Human suicidal behavior has always been a source of dread and wonder to mankind. All suicidal people are not death seekers. Some attempt to communicate pain, to reduce isolation, to avoid consequences of social status change, seek revenge, and convey a whole lot of other meaning which are essentially individualistic. Suicide is a major health problem, with a far reaching socioeconomic, political, and emotional consequences. Southeast Asia accounts for roughly 40% of the estimated 800000 annual suicidal deaths [1].

Suicidal behaviors as such are classified into three categories: suicidal ideation, suicide plan or intent and suicide attempts. As per Data from World Health Organization indicated that approximately one million people worldwide die by suicide each year. This corresponds to one death every 40 by suicide. The Suicide attempts and suicidal ideation are far more common. The number of suicides attempts, exceeds by 20 times the number of deaths by suicide.

According to WHO, an estimate for the year 2020, approximately 1.53 million people will die by suicide and10 to 20 times more people will attempt suicide worldwide. These estimates represent on average one death every 20 s and one attempt every one to two seconds.

According to World Health Organization (WHO) and the Latest Burden of Disease Estimation, suicide is a major public health problem in highincome countries and is an emerging problem in low as well as middle-income countries where poor psychiatric services are available. The global rate of suicide is estimated to be 11.6 per 100,000 inhabitants per year. Suicide accounts for 1.4% of total mortality and 15% of injury mortality [1,2].

Suicide rates have increased by an alarming 60% over the last 50 years and the increase has been particularly marked in developing countries. As a whole people with a mental illness face statistically higher risk of suicide. Although it is generally accepted that, 10% of people with mental illness commit suicide during their lifetime and approximately 90 percent of suicide cases meet criteria for psychiatric disorders, particularly major depression, substance use disorders, cluster B personality disorders and schizophrenia, most of them can be either extended or are even preventable.

It has been suggested that the annual suicide rate could be 6 to 9 times the official rate. There has been less work in systemic profiling of risk factor in developing countries compared to the developed counterparts.

30 adults and 30 adolescents attending the outpatient department in the Department of Psychiatry, and also patient referred from Intensive Care Unitin SBMCH.

Cross sectional descriptive study done with outpatient attending SBMCH psychiatry department as well as those referred from ICU. A sample of 60 patients (30 adolescent and 30 adult) screened for various psychiatric diagnosis as per the ICD 10 and suicidal behavior, detailed assessment, and comparison of suicidal behavior. After getting the informed consent, the socio demographic and clinical details are taken down as according to the semi structured proforma developed especially for this study.

The patients are administered the following scales:

All parameters were compared between adults and adolescents. 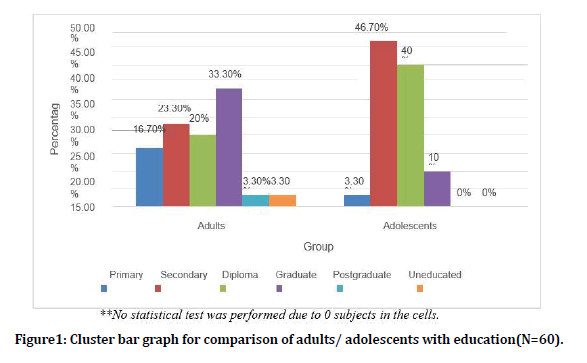 Figure 3. Cluster bargraph for comparison of adults/ adolescents with past psychiatry history(N=60).

Figure 4. Cluster bar graph for comparison of adults/ adolescents with substance use (N=60). 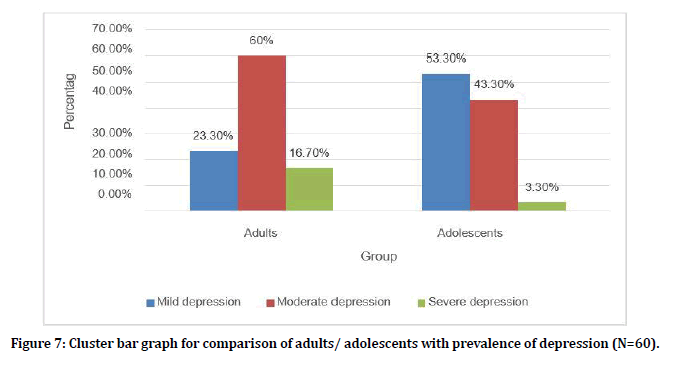 Figure 10. Cluster bar graph for comparison of suicidal intent with substance use in adults (N= 30).

Figure 11. Cluster bar graph for comparison of suicidal intent with past psychiatry history in adults (N=30). 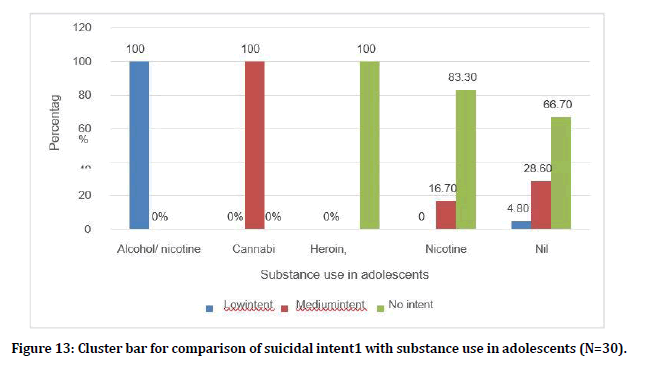 Figure 13. Cluster bar for comparison of suicidal intent1 with substance use in adolescents (N=30).

Figure 14. Cluster bar for comparison of suicidal intent1 with past psychiatry history in adolescents(N=30).

Table 1: Comparison of suicidal intent with deliberate self-harm past in adults (N=30).

Figure 15. Cluster bar for comparison of suicidal intent with deliberate self-harm past in adults (N=30).

Figure 16. Cluster bar for Comparison of suicidal intent with deliberate self-harm past in adolescents (N=30).

In the study done, the prevalence of suicidal behavior in the form of deliberate self-harm is present in about 26.7% in adult and 36.7% in adolescent. The study is similar to previous study done in Singapore and reported a total of 58.8% DSH in outpatients attending psychiatry clinic. The suicidal intent in the study which is assessed according to the Beck’s Suicidal Intent scale shows adult having a low intent of 16.7%, medium intent of13.3 and high intent of 3.3%. In adolescent the intent of low was 6.7% and medium was 26.7%. The total of the two group came up to low intent of 23.4% and medium intent of 40%.

The study was also a hospital-based study. The result was a low intent of 26.76% and medium of 31.4%. The study assessed the socio-economic status of the participants and accordingly the presence of the upper middle and the lower middle were more prominent. The prevalence of suicidal intent in adult is more on the upper middle as compared to the low middle class. The included subjects were 46.7% and 33.3% lower and upper middle class respectively.

The study also assesses the prevalence of substance abuse in adult and adolescent. And the distribution of the suicidal intent as according to the consumption of substance of abuse. In this study, in adult’s alcohol use/ abuse and alcohol Along with nicotine are the forerunners. They contribute about, 20 %and 13.3% respectively. This is like the study of Jung M. J et al. a study conducted in Korea. They recorded a value of high suicide intent in alcoholic and medium to low in both alcohol and nicotine addict. In adolescent the main substance of abuse is nicotine.

In this study the comparison done with the suicidal intent in adult and Adolescent regarding the various parameters are considered. The various factors that come into play are the complaints of psychiatric disorder like depression, bipolar, schizophrenia and anxiety etc.

The distribution of the disorders according to this study, where the study Group are taken into consideration are, depression-66.7%, bipolar- 23.4%, schizophrenia-16.6%, anxiety-20%. This is like the previous study in which the common cause for attempted suicideis due to depression accounts for 65%, anxiety accounts for 31%.

In this study, most of the attempted suicide are those below the age of 30, in this again the adolescent age group have more suicidal behavior as compared to adult. This study is like the study by Hedge et al, where the suicide attempters were less than 44 years of age.

According to this study, the distribution of the male: female ratio is 46.7:53.3. This signifies the increasing rate of distress as well as the increase ideation in female as compared to male. The study also reports of higher suicidal intent in those with psychiatric illness as compared to “normal” individuals. This is like previous studies which identified the presence of stressful life events and psychiatric illness as one of the reasons for attempting suicide. This study evaluated cases attempting suicide but a comparative finding where almost all cases have some form of psychiatric illness and life events [4-30].

This study also suggested the presence of increased suicidal behavior in adults using substances, out of which alcohol abuse is more common. Suicidal behavior is much more common in adolescents who have combined dependence of alcohol and nicotine. The data finding was 66.7%. Both adolescents and adults who have psychiatric illness mostly major depressive disorder, followed by bipolar affective disorder, schizophrenia and anxiety have more suicidalintent.26% of adults and 36% of adolescents have made at least one attempt of deliberate self-harm in previous month. Compared to adolescents, adults who have previous history of attempted suicide are more prone to attempt/commit suicide.