Typhoid fever is an endemic disease and is a major public health problem in developing countries where water supply and sanitation are substandard [1]. Global estimate of Typhoid fever is 21 million cases annually, resulting in an estimated 216,000 - 600,000 deaths per year predominantly in children of school age or younger, the majority of which is in Asia [2].

It is one of the most common infectious diseases prevalent in India. In the year 2014 the reported data shows 1.7 million cases and 429 deaths. Maximum cases were reported from Bihar (273,0007 cases with 4 deaths). In south India large number of cases was reported from Andhra Pradesh (186,446 cases and 5 deaths) [2].

Children are disproportionately affected by Typhoid fever, with peak incidence between 5 to 15 years of age.1.It is a life-threatening systemic infection caused by salmonella typhi usually transmitted through feacooral route. Similar but often less severe disease, paratyphoid fever is caused by Paratyphi A, BorC [1].

Early and prompt diagnosis of Typhoid is mandatory among children. With increasing use of antibiotics, clinical presentation is nonspecific and difficult to diagnose clinically. Since the clinical scenarios of common infections like Malaria, Typhoid, Leptospirosis and Scrub are very similar, it is very difficult for treating physician to recognise Typhoid fever on the basis of clinical features. Hence it is mandatory to have a very valid diagnostic test with good sensitivity and specificity for an early detection of enteric fever in children [3].

Confirmation of diagnosis is by isolating the organism from blood, bone marrow, stool or urine. There are no hundred percent sensitive or ideal tests available for Typhoid fever [1]. Although blood culture is the gold standard investigation, it is cumbersome and require elaborate laboratory equipment. Sensitivity is also affected by the amount of blood obtained for culture. It is further reduced with the starting of antimicrobial therapy prior to confirmation of the diagnosis.4Bone marrow culture is more sensitive but it an invasive procedure. Stool cultures are generally positive only after second week of illness and only in 30% of patients [4]. Molecular studies like polymerase chain reaction have high accuracy for diagnosis, but owing to its high cost it remains impractical in many areas where Typhoid fever is endemic [5].

A simple bedside test like Diazo which has served in epidemic situations in the past should also be reevaluated for patients in rural or remote health settings. Diazo test becomes positive from day 5 of fever and remain positive till day 31 of fever. Average duration of test positivity was 6 to 16 days of fever [7-19]. The present study was undertaken to compare the sensitivity and specificity of Typhidot test and Diazo test in suspected Typhoid cases in our tertiary health care centre in Chennai.

• Children with history of fever more than 3 days with clinical symptoms and signs suggestive of Typhoid fever.

Fever patients with alternative diagnosis were excluded from study.

All the children up to 15 years of age having history of fever more than 3 days with symptoms and signs suggestive of Typhoid fever and attended Department of Paediatrics in Sree Balaji Medical College and Hospital was selected for study. The study was conducted after obtaining the ethical clearance from the ethical committee of the institution. Parents or guardian were informed about the study and consent was taken. The details of clinical symptoms and examination of the patient was done to look for the presence of positive signs and was recorded in the proforma and following investigations were done on the day of admission.

1-2 ml of blood was taken under aseptic precaution and inoculated into paediatric blood culture bottle BACT/ ALERT®PF (BIOMERIEUX, USA) and sent to the microbiology department of Sree Balaji Medical College and Hospital. Samples were incubated in the automated BacT/ALERT 3D system (BIOMERIEUX, USA) for 72 hours. According to manufacturer’s instructions, any sample that did not generate any signal within 72 hours of incubation was interpreted as no growth (negative).

The preliminary signal of bacterial growth in BacT/ ALERT bottle was detected and displayed on the 3D monitor of BacT/ALERT system mentioning the detection time. The bottle showing positive signal were subcultured on nutrient agar, blood agar, MacConkey agar and incubated overnight at 37°C. The non-lactose fermenting smooth colonies detected on the plate were picked up for further biochemical, serological and antibiotic sensitivity tests.

It is a rapid, qualitative, sandwich immunoassay for the detection of IgM antibodies to S. typhi in human serum/ plasma or whole blood specimen.

It qualitatively detects the presence of IgM class of Lipopolysaccharide (LPS) specific to S. typhi in human serum/plasma or whole blood specimens.

It utilizes the principle of agglutination of antibodies/ antisera with respective antigen in immuno chromatography format along with use of nano gold particles as agglutination revealing agent. The conjugate pad contains two components-Agglutinating sera for human IgM conjugated to colloidal gold and rabbit globulin conjugated to colloidal gold. As the test specimen flows through the membrane test assembly, the Agglutinating sera for human IgM -colloidal gold conjugate complexes with the S. typhi specific IgM antibodies in the specimen and travels on the membrane due to capillary action. This complex moves further on the membrane to the test region (T) where it is immobilized by the S. typhi specific LPS antigen coated on the membrane leading to formation of a pink to pinkpurple coloured band. The absence of this coloured band in the test region indicates a negative test result.

The unreacted conjugate and unbound complex, if any along with the rabbit globulin - colloidal gold conjugate move further on the membrane and are subsequently immobilized by the Agglutinating sera for rabbit globulin coated on the membrane at the control region (C), forming a pink to pink-purple coloured band. This control band acts as a procedural control and serves to validate the results.

• Dispense 5 μL of serum into specimen port A using a micro pipette. All the statistical analysis was performed using SPSS statistical software (Version 24). Chi-square test was used to observe statistical difference among the observed value and experimental value of variables. All the difference would be considered statistically significant at pvalue<0.05. Sensitivity, specificity, positive predictive value, negative predictive value, positive and negative likelihood ratios were calculated for typhidot test and diazo test by comparing the results with the gold standard blood culture.

Written informed consent was obtained from the parents and institution review board clearance was obtained. 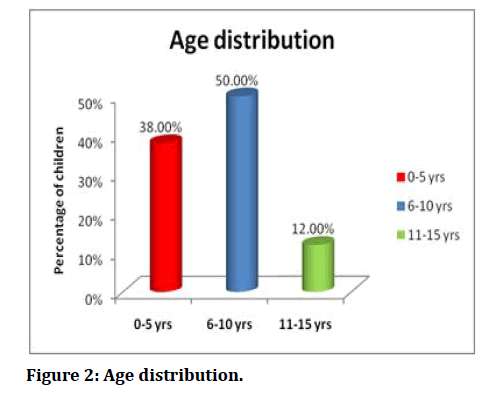 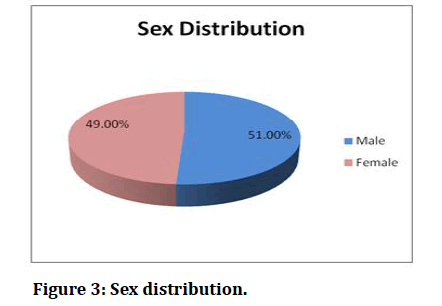 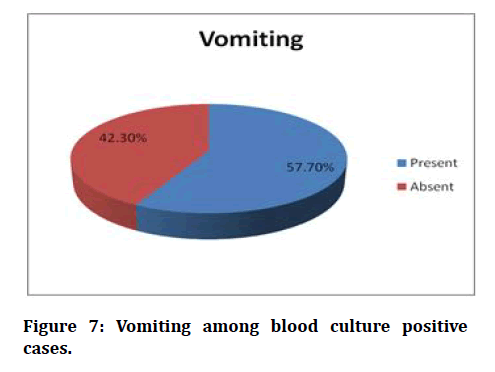 Though typhoid fever is a common infection in children, it is difficult to diagnose because of its nonspecific symptoms and signs. However it is necessary to diagnose early to initiate appropriate antibiotic therapy because delay in starting antibiotic treatment may lead to several morbidities and even death. The gold standard for diagnosing typhoid fever has always been the blood culture method but it is time consuming, requires elaborate laboratory equipment and a level of technical expertise which may not be present in resource poor laboratories.

This delay may result in complications of typhoid fever. The study was primarily carried out to compare the Typhidot assay with age old Diazo test while taking blood culture as gold standard method. The results and observation of the present study comprising of 100 children has been discussed and compared with previously reported studies.

It our study majority of children (46%) belonged to lower class. This is in conjunction to the observation made by Ram et al. [22] where majority of cases came from lower socio economic classes with poor personal hygiene.

The presenting symptoms of the 26 blood culture positive, confirmed cases of typhoid fever is as follows (Table 8).

From the above table we find the most frequent symptoms were fever associated with nausea, vomiting and abdominal pain which was present in more than half of the study population which is similar to the study conducted by Ram [22] in which the most common symptom was fever(100%) followed by anorexia(61%), vomiting(44%) and abdominal pain(18%).

In our study, 26% of the cases were positive by blood culture which is more or less comparable to the observations made by Kumar et al. [23] and Surendranath et al. [24] who has reported 24% positivity and 28.5% positivity respectively for blood culture.

Comparatively lower sensitivity of blood culture maybe because of ridiculous use of antimicrobial agents and also difficulty in drawing required quantity of blood for cultures in children.

Positivity of Typhidot in comparison to previous studies

It has been observed in the current study that 33% of the cases was positive by Typhidot M test which is found to be consistent with 32.4% reported by Mehmood et al.15 and 50.4% reported by Udayakumar et al.11 (Table 9).

Table 9: Positivity of Typhidot in comparison to previous studies.

It has been observed in the present study that 34% of the cases have been found to be positive for diazo which is found to be between the values observed by Koneman et al. [18] and Ananthanarayanan et al. [16].

Sensitivity and specificity of Typhidot test in comparison to previous studies

In the present study the sensitivity of the Typhidot was observed to be 88.46% which was found to be comparable to other previous studies. So Typhidot fulfils one of the standards for an ideal diagnostic test as it does not usually miss the diagnosis when compared to Blood Culture.