Reproductive life is a very personal, private and secret matter in our society. Women are often the silent sufferers of many reproductive health problems that can be easily detected and prevented. Out of reproductive health problems cancer cervix is a feared and dreaded disease for several reasons. It spells pain, agony, despair, gloom and death. It is curable and there is life after cancer. The Present study includes to assess the knowledge and attitude regarding cancer cervix among mothers of reproductive age group.

In the light of present knowledge, early cancer detection and precancerous conditions help to lead a healthy life. Cancer of the uterine cervix is still the most common cancer among women in India. Improvement in living standards and access to health care as reduced the rate of occurrence of cervical cancer in certain states like Kerala. Early age at first sexual intercourse, multiple sexual partners, poor sexual hygiene, repeated child birth prolonged use of oral contraceptives, venereal infections and vitamin A and C deficiency are some of the reproductive risk factors resulted in increased in the incident of cervical cancer [1]. World Health Organization (1997) had estimated that globally 51.3 million deaths occur due to cancer cervix. More than 7.12 million are estimated by the year 2010 and may go up to 8 million in another one year [2].

The population based cancer registry of Chennai for the year 1996 from ADAYAR cancer institute showed that 27.8 % of female cancer were cancer cervix the hospital data clearly indicates that two organs sits most commonly invaded are uterine cervix in women and or pharynx in both sex. Out of 50,093 patients who were attended out patient department at JIPMER hospital in Pondicherry 525 were diagnosed as cancer cervix in 1998. India is one of the developing countries that have formulated a national cancer control programme. The programme envisaged control and early detection and treatment of cervical cancer and suggested surrogate outcome measures include knowledge, attitude and practice (KAP) pattern. Park had stated that cancer cervix is the second most common cancer among women world wide, with an estimated 524,000 new cases in 1995. Developing countries where it is often most common cancer among women, accounts for 80% cases [3].

The data from the population based registries under the national cancer registry programme showed the leading sites of cancer have remained the same over the year, generally being the oral cavity, lung, esophagus and stomach among the men and cervix, breast and oral cavity among women. Based on the cancer registry data in estimated that there will be about 8,00,000 new cancer cases in India. Sehgal had stated that cervical cytology (Pap smear) screening programs were found to be successful in reducing cervical cancer incidence and women in the age group of cancer cervix by promoting genital hygiene and sexual behavior. Government and private health care providers can join in this effort and offer these services. Piana had concluded that individual cervical screening with Pap smear will decrease mortality rate of cervical cancer. Olke and Vollman had concluded that cervical cancer can be detected at an early stage through regular screening. Bos had concluded that increasing screening participation has much more potential for further reducing cervical cancer incidence [4].

Gajalakshmi had stated that total of 4,304 cervical cancer cases registered during 1982-1989 in Chennai registry, in India. The investigator needed during her service in Guduvancherry, that the women in rural area had a poor menstrual hygiene, it may leads to occurrence of cancer cervix, and the women were unaware of prevention and control of cancer cervix. Hence this had stimulated the investigator to conduct the study to assess the knowledge and attitude regarding cancer cervix among women of reproductive age group at Guduvancherry [5].

Settings of the study

The samples consisted of all women residing at Guduvancherry

The study population comprised of women between the age group of 20-45 years living in Guduvancherry.

The sample size was 50 mothers.

A non probability purposive sampling technique was adopted to select the samples in the study.

Description of the tools

The tools consist of 3 sections

• It consists of an interview schedule to assess the demographic characteristics such as age. Religion, type of family, educational status family income, residence, marital status occupation and source of information

• Multiple choice question to assess the knowledge on cancer cervix

• Likert scale to assess the attitude on cancer cervix

• Statements had 3 responses for which

• No mark for don’t know

• And 1 mark is awared for agree

• marks for disagree in case of negative statement

• Totally a maximum of 20 marks was given

This describes the analysis of numerical data collected by the study instruments and their meaning and relevance. The data was collected from 100 women and analyzed according to objectives of the study. The findings of the study were organized and presented under the following headings. SECTION I; Demographic variables of women SECTION II; Assessment of knowledge on cancer cervix SECTION III; Assessment of attitude on cancer cervix. 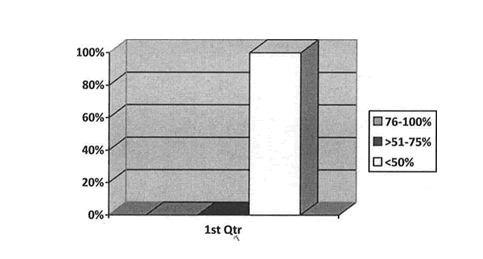 Figure 1: reveals that 100% in adequate knowledge regarding cervical cancer. 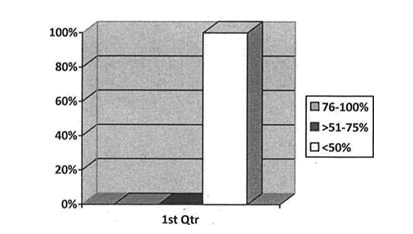 With regard to educational status 50% were illiterate 50% were high school education. With regard to occupation 70% were self employee, 14% home maker and 16% labour. With regard to family income 20% of them had income of Rs5000 and below and 50%of them had 5000-8000 and above, 16% of them had 6000-8000.The focus of the study was to assess the knowledge and attitude regarding cancer cervix among women at Guduvancherry.

The Investigator has drawn the following implications from the study which is vital concern for nursing services, nursing education nursing administration and nursing research.

The community health nurse as an educator incorporate the major study finding in nursing curriculum at all level in order to well equip the student to address the inadequate knowledge, to motivate to people for cancer cervix.