Conclusion: Fibrin glue could be a successful alternative to sutures for fixation-of mesh in inguinal hernias.

The mesh is conventionally fixed with sutures. But the limitation with traumatic mesh fixation using sutures is prolonged postoperative and- chronic pain,-discomfort in groin because of strangulation of muscle fibres or severance, compression or irritation of the nerves by the sutures [1]. Therefore many other techniques of mesh fixation like utilisation of absorbable, sutures, selfadhering meshes or the use of glue, were developed in an effort to be able to reduce this issue. These are believed to eliminate nerve entrapment and significant trauma to the nerves [2]. The utilisation of fibrin glue as a different option for mesh, fixation has shown exquisite results. Fibrin glue is a biologically degradable preparation combining human plasma derived fibrin and thrombin with calcium chloride, leads to the formation, of three dimensional structure of cross linked fibrin mimicking the end step of coagulation [3]. In recent years glue mesh fixations have increased popularity which decreases the operating time, reduces postoperative and chronic pain, recurrence and has good local tolerability.

The study was performed at Sree Balaji Medical College and Hospital in the Department of General Surgery from March 2019 to September 2020. This is a prospective comparative study where the eligible-patients with inguinal hernia are divided into two groups one for suture mesh fixation and the other for glue mesh fixation methods. Every alternate patient was assigned to suture and glue mesh fixation groups.

The aim of this study to compare the outcomes following glue and suture mesh fixation in lichtenstein inguinal hernia repair.

Pain and analgesia requirement at immediate postoperative period are measured serially at 12 hours, 48 hours, 72 hours, 1 week and 1 month using pain score and the results are compared in both the groups. Chronic postoperative pain at 3 months and 6 months are measured and compared.

• Patients above 18 years of age

• Hernias other than inguinal hernias

A total of 82 patients consented and fulfilled all the criteria and formed a part of the study of which 41 patients underwent suture-mesh fixation and the other 41 patients underwent glue mesh fixation. Pain was monitored using the Visual Analogue Scale (VAS) which was done by a trained staff unaware of the material used which describes pain on-a scale of 0 to 10, with 0 being no pain and 10 being intense unbearable pain and intensity increasing from-0 to 10.

The visual analogue scale on an average is 6.7 in suture group and 4.8 in glue group. P-value is less than 0.05. Pain at 12 hours is taken as a baseline score.

At 72 hours the pain in glue group has reduced to 1 that is almost nearing no distress. There is a reduction in pain score compared to previous values. This is very much less than the suture group rejecting the hypothesis at a significant level (p<0.05). The analgesia requirement at 72 hours post-surgery shows suture group required non opioid analgesia whereas in glue group 46.3% of patients did not required analgesia and 53.7% of patient’s required non opioid analgesia.

Mean pain score is 1.4 in suture group and 0.2 in glue group and this result is significant as p value is less than 0.05.

The pain score at 3 months of follow up is 1.17 in suture group and 0.1 in glue group thus a significant level with p value of 0.00. This indicates that glue group has no pain or discomfort as compared to suture group.

The mean pain score was 1.1 in suture group and 0.07 in glue group. This result is significant as p value is less than 0.05. The analgesia requirement shows the glue group did not require any analgesic. Whereas 78% of patients in suture group did not require analgesia but patients who had chronic groin pain were given non opioids (4.9%), weak opioids for 12.2% and even nerve block for 4.9% indicating suture group is prone to groin pain and discomfort (Figure 1). 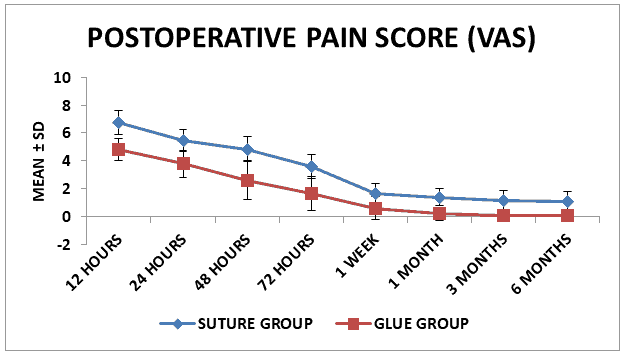 Figure 1: Awareness of dental professionals related to COVID-19 during lockdown.

For repair of inguinal-hernia Lichtenstein technique is followed most commonly due to its low side effect rate and recurrences. But the most important complication of chronic pain affects the standard of living of the patient and needs attention. This may be due to injury or entrapment of nerves in groin by traumatic suture fixation of mesh [4]. Chronic-pain in groin is considered as pain in the groin after hernioplasty surgery lasting for more than 3 months that has an impact on the standard of living, that is, ability to going back to work at the earliest, resume standard day to day activities and improvement of baseline pain [5]. To lesser the chronic pain all the three cardinal nerves ideally should be identified and preserved in the hernia surgery or by limiting use of suture and begin the use of atraumatic glue for the fixation of-mesh in the hernia surgeries [6].

Fibrin glue is a biodegradable tissue adhesive that combines human derived fibrin and thrombin activated by calcium chloride to form a matrix that has haemostatic action, provides much power of tensility and enhance fibroblast proliferation [7]. Owing to its good local acceptability and elimination of adverse effects and contraindications, it is-an ideal alternative to sutures.

In this report, pain and discomfort in the patients in glue fixation group was substantially lesser in the-immediate post-operative period. VAS score reached 0 by the end on 1 week follow up in glue group. During the follow up of 1,3 and 6 months pain at distinct time intervals was also noticed to be substantially persisting in suture group and lower in glue group. After 3-months, suture group needed analgesics to cope with the chronic pain [8].

The need of analgesic requirement between both groups was progressively decreasing from early-postoperative period to 6 months follow up. It is noticed that although significant, the analgesia requirement in the early post op period was almost same with both the groups requiring either non opioids or weak opioids. Progressively by 72 hours to 1 week most of the patients in glue group required no analgesia whereas almost all patients in suture group still required analgesia. During follow up by 3 months all patients (100%) in glue fixation group and many patients in suture fixation group (76%) did not require analgesia. However few patients in suture group (26%) developed chronic pain requiring analgesics or even nerve block in one of the patients to alleviate the pain.

A study concluded there significantly higher pain within 24 hours in suture group. From 1 week to 3 months follow up there was progressive reduction in pain in suture group but glue group experienced no pain from 1 month post-surgery [12]. They also reported the total dose of analgesia requirement was less in glue group than suture group (1.56 ampoules vs. 4.12 ampoules). Another study also showed post-operative pain was less in glue group after 1 week and 1 month and paraesthesia was more in suture group even after 3 months [13]. They described the points to lessen the chronic groin-pain. These include careful identification and protection of nerves, use of light weight meshes reduces the risk of chronic pain from 21.6% to 5.5%. Also atraumatic mesh fixation & careful dissection can leads to the reduction in chronic pain incidence [14].

A method of a traumatic mesh fixation-using fibrin glue is considered more efficacious, simple and safe as these can result in less tissue damage, nerve injuries, and vessel trauma and also less operative time, and importantly gives good results with early and chronic post-operative pain and minimal use of analgesics. Hence fibrin glue could be a successful alternative to sutures for fixation-of mesh in inguinal hernias.