Iron deficiency anemia is a common problem, especially in developing countries. Anaemia affects nearly half of all the pregnant women in the world, 52% in developing countries compared with 23% in the developed world [1]. The most common cause of anaemia is poor nutrition, deficiencies of iron and other micronutrients, malaria, hookworm disease, and schistosomiasis; HIV infection and hemoglobinopathies are additional factors [2]. Maternal anemia has several deleterious effects on the health of the mother and the foetus. Mounting evidence indicates that maternal iron deficiency in pregnancy reduces fetal iron stores, perhaps well into the first year of life [3]. Iron sufficiency is of paramount importance in the neonatal period. Controversy exists whether the transfer of iron to the foetus from the mother is determined by fetal demands or by maternal iron stores [4].

Iron is transferred to the foetus through the placenta against a concentration gradient, particularly during the later stages of pregnancy, with the amount of iron transported across the placenta increasing as pregnancy progresses. Several factors influence the concentration of Hb at birth, including gestational age, gender, state of maternal iron reserves, and other factors affecting the maternal-fetal iron exchange. In term pregnancies, 70 – 80% of fetal iron is present in the red cells as Hb [5]. Anaemia in new-borns is established with a cord blood Hb concentration <13.0 g/dL. The cut-off cord blood serum ferritin (CSF) indicating an iron deficiency in the Newborn is set at <35.0 mg/L at which point the iron available to meet normal brain requirements is restricted. CSF is, in addition to the direct examination of stainable iron in bone-marrow smears, the most specific indicator of body iron reserves, Iron homeostasis and iron status indicators [6].

Body iron balance are primarily determined by regulation of absorption of iron where the efficiency of absorption is inversely related to the body iron status. This efficiency may vary from as low as 1% to 2% to nearly 50%to 60% depending on the characteristics of the food source of iron and the iron status of the individual [7]. Regulation is exerted at the level of movement both into the cell through the receptor-mediated process as well as moving across the basolateral membrane into the plasma pool. This former process likely involves both the transferrin receptor and the divalent metal transporter proteins while the latter involves the cellular iron exporter, ferroprotein [8]. The amount of ferroprotein expressed on the basolateral membrane is influenced by a hepatocyte secreted signal peptide named hepcidin. As liver iron stores increase, more hepcidin is released into the plasma pool to decrease the ferroprotein mediated movement of gastrointestinal cell iron across the basolateral membrane.

Iron in the plasma pool is transported by transferrin, which has 2 identical binding sites for ferric ions [9]. This iron will be delivered to any cell that expresses the transferrin receptor; the developing red cell mass takes about 80% of this plasma iron turnover daily.

The remaining 20% is distributed to other body iron pools and the excess iron put into storage in the multi - unit protein, ferritin [10]. The amount of transferrin receptor (TfR) located on the cell surface is regulated by cellular iron status through translational regulation involving Iron Response Elements (IREs) on the noncoding regions of the mRNA and rates of recycling of the TfR on and off the membrane. As a cell becomes iron deficient, there is an upregulation of the translation of TfR-mRNA and more receptor is produced; the inverse is seen when the cells are replete with iron [11].

We studied the neonates born at Sree Balaji Medical College and Hospital and their mothers.

100 singleton term neonates and their mothers.

The study was done in the Department of Paediatrics and Department of Obstetrics and Gynecology at Sree Balaji Medical College and Hospital, Chennai.

Singleton term neonates and their mothers.

After obtaining informed consent from the parents, detailed maternal history was recorded in a predesigned proforma. Venous blood sample was collected from the pregnant women during labour. And cord blood sample was collected from the umbilical cord immediately after clamping without milking the cord. The maternal venous and baby’s cord blood samples were collected in Vacutainer blood collection tubes with EDTAK3 as an anticoagulant for estimation of Hemoglobin levels, haematocrit and RBC indices. And in plain vacutainer tubes for estimation of Serum iron and Serum Ferritin levels. A through physical examination of the neonate including anthropometry (Weight, Length, Head Circumference, and Chest Circumference) was done.

Mothers with haemoglobin <11gm/dl were defined as anaemic as per WHO cut off. The gestational age of pregnancy was calculated from the last menstrual period and was confirmed by new Ballard score. Term gestation was defined as gestational age between 37 weeks 0 days to 41 weeks 6 days.

BG Prasad scale: The socio-economic classification was measured based on the BG Prasad scale. This scale was introduced in 1961 was later modified in 1982, 2001, 2013 and in 2016. The scale is updated periodically as inflation is an ongoing process. There are tools and calculations available which enables real time update of the classification to maintain the validity of the published data. The revised classification for 2016 is as follows (Table 1).

The statistical analysis was done using the Chi-Square test to find the association between the parity, educational status of the father and mother, occupational status with the severity of anaemia. Differences in mean parameters between the pregnant women and their newborns in the four groups were determined using the analysis of variance. Pearson’s correlation coefficient was used for the correlation analysis. A p-value of <0.05 was significant for all the tests.

100 mothers and their new-borns were enrolled in the study to determine the relationship between them with regard to their iron status. These 100 mothers were divided into 4 groups based on their hemoglobin levels done by automated analyser.

No of pregnant women in each group

Figure 1: Distribution According to HB Group of the mother.

Table 2: Classification of pregnant women into 4 groups according to the Hemoglobin level.

Figure 2: Distribution according to age of the mother.

Only primi and second gravida in the age group of 18 to 32 were selected to make the different study groups comparable with respect to age and parity. In the present study group, 45% were primi and they were the major group. Rest of the women were non primi and they constitute 55%. In the group of second gravida women with previous live births were 49% and the women with previous abortions were 6% (Table 4 and Figure 3).

Figure 3: Distribution according to parity of the mother.

Figure 4: Distribution according to the educational status of the mother.

Table 5: Classification of mothers according to their educational status. 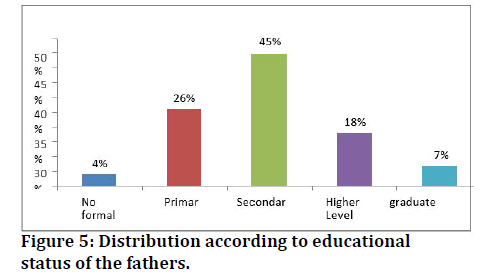 Figure 5: Distribution according to educational status of the fathers.

Table 6: Classification of fathers according to the educational status.

The above table depicts occupation status of the mothers, among 100 study participants, 83 of them were working and remaining 17 % were not working (Table 7 and Figure 6). 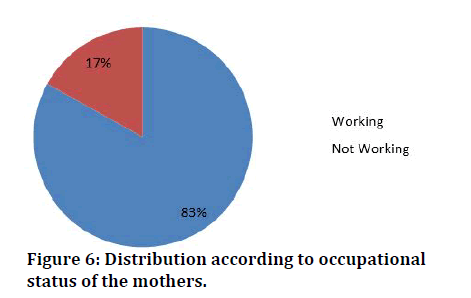 Figure 6: Distribution according to occupational status of the mothers.

The above table depicts socio economic status of the study participants classified by B.G.Prasad scale, among 100 , majority 58% of them belonged to lower status, 28% were belonged to lower middle class status and remaining 10% ,4% belonged to upper middle class and upper class respectively (Table 8 and Figure 7). Out of the 100 mothers studied, 97 had at least 3 antenatal visits and they are booked cases. Only three women were unbooked (Table 9 and Figure 8).

Figure 7: Distribution according to socio economic status of the mother. 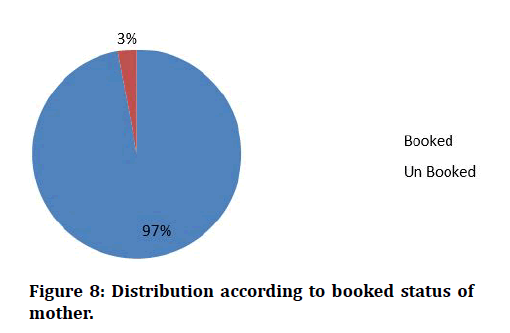 Figure 8: Distribution according to booked status of mother.

Table 8: Classification of pregnant women according to the socio-economic status.

Table 9: Classification of pregnant women according to booked or unbooked.

Iron deficiency anemia is the most common nutritional deficiency disorder affecting the pregnant women in our country with a significant impact on maternal and fetal mortality and morbidity. In the present study, 100 pregnant women were selected based on the inclusion criteria. These 100 mothers were divided into 4 groups:

Number of pregnant women in each group

Values of Hemoglobin, serum iron and serum Ferritin in maternal and cord blood