Aim: Diseases of the gallbladder are common and costly. The best epidemiological screening method to accurately determine point prevalence of gallstone disease is yet arriving. The present study aimed to analyses the incidence of gallbladder disease in patients admitted to Sree Balaji Medical College and Hospital, Chennai.

Methods: All patients were subjected to routine blood, urine and biochemical evaluation including LFT, USG abdomen & MRCP with demographic data.

Results: The female showed higher disease prevalence than male and 40-50 years’ elders were more susceptible. Mixed stones were predominating types and ERCP, Stone extraction, Stenting followed by Lap. Cholecystectomy was the most common surgical treatment in our study.

Conclusion: Considering all the above values, it may be concluded that MRCP is the gold standard in confirmation of common bile duct stone in gallstone disease patients

In Western countries, CBD Calculi typically originate in the gallbladder and migrate. Such secondary stones should be differentiated from primary CBD Calculi that develop de novo in the biliary system. Primary stones are more common in Asian populations, have a different composition to secondary stones, and may be a consequence of biliary stasis and infection. The prevalence of CBD Calculi in patients with symptomatic gallstones varies, but probably lies between 10 and 20% [1-10].

To determine the incidence of choledocholithiasis in patients with symptomatic gallstones disease. To evaluate age, sex incidence for GB & biliary calculi. To illustrate varying clinical presentation. To study various modes of management adopted in our institution. To analyse biochemical types of stones prevalent in this part of country.

Patients admitted in various surgical units of Sree Balaji Medical College between November 2014 to October 2016 were included in the study after getting ethical approval. A total of 60 cases of gallstone disease with a suspicion of concomitant choledocholithiasis were studied, irrespective of age, caste, marital status, social status, religion etc.

All patients were subjected to routine blood, urine and biochemical evaluation including LFT, USG abdomen & MRCP. The common bile duct was considered dilated if diameter is more than 6.5 mm. The final diagnosis was attained after surgery. Patients were operated. Operative findings noted, recorded, and analyzed. Age, sex distribution was noted. Bile was sent for bacteriological analysis. Stones sent for its biochemical composition. In all jaundiced patients, prolonged prothrombin time was corrected by vitamin k injection for 3 days prior to surgery [11-18].

The study sample comprised of 60 cases of Gallstone disease with suspicion of CBD stones, who attended the Surgery department, Sree Balaji Medical College & Hospital during the period of November 2014 to October 2016. Magnetic resonance cholangio-pancreatography was performed in all the cases. Few patients undergone ERCP & Stenting and in failed cases pts were taken up for exploratory laparotomy with CBD exploration.

The gender variation was absorbed in the studied patients (Table 1 and Figure 1). Our data showed that the females were prone than the male. Gall stone disease was more prevalent in 40–50 years old (Table 2). Table 3 summarized that outcomes of the distribution of clinical presentation with relation to final diagnosis. Clinically, 43 patients had obstructive jaundice out of 60 patients (Figure 2). 3 patients were reported to have MRCP with CBD stones out of 16 pts who has normal blood parameters (Table 4). The distributions of the patients according to MRCP and surgery findings were summarized in the above Table 5. 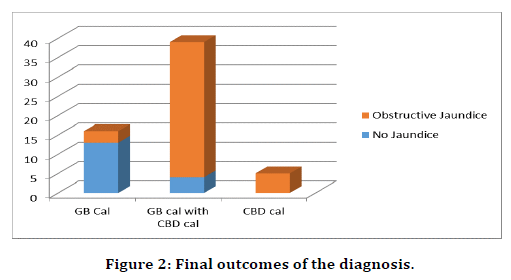 Figure 2. Final outcomes of the diagnosis.

Table 3: Final outcomes of the diagnosis.

Table 4: The distribution of blood parameters with relationship to MRCP.

Bile was sent for microbial analysis and E. coli was found as prominent microorganisms among the patients (Table 6 and Figure 3). Table 7 and Figure 4 showed the results of Biochemical analysis of stone. The mixed stones were predominant (83%) types found in patients. Table 8 shows the surgical procedures performed. 60 Patients with extrahepatic biliary calculi were included in this study, out of which 16 patients (27%) had gallstone, 39 patients had GB calculi with CBD calculi (65%) & 5 patients had only CBD calculi (8%). The incidence of extrahepatic biliary calculi increases with age, and higher incidence were found in 4th and 5th decade. Maximum incidence in 4th and 5th decades were also observed in Gupta et al. [19], Selvi et al. [20] series. Varying female preponderance from 2: 1 to 4.5:1 has been observed in several studies. In our series, there is only slight female preponderance.

No mortality in our series as compared to Mc sherry et al. [21] and other studies which shows 0.6-4%, 0.5%, 0% and 0.3-1.6%. Bile culture was done in all cases. Positive in 19 cases (31.6%), as compared to other studies which shows 56%. Commonest organism m isolated being E coli followed by Klebsiella. Others also isolated E coli as the commonest organism in bile culture. In our series 83.3% of stones were of mixed type as compared to Selvi et al. [20] (91.3%). Over the last few years MRCP has become an increasingly important tool in the diagnostic evaluation of the pancreaticobiliary system and it has gained rapid acceptance by endoscopist and surgeons because of the familiar image format.

Gallstone disease is the commonest disease involving biliary tract and is associated with significant morbidity. The present study showed that the female preponderance in the disease. 40- 50 years elders were commonest victims. Mixed stones were the commonest variety in our study. ERCP, Stone extraction, Stenting followed by Lap. Cholecystectomy was the most common surgical treatment in the present study. These finding will be useful in determining the therapeutic strategy on the Gallstone disease.