Especially alarming was the increase in the number of more lethal multidrug-resistance strains of mycobacterium tuberculosis, the organism that causes the disease. In the early 1980s, about 0.5 percent of new tuberculosis cases were resistant to the two major drug treatments (isoniazid and rifampicin).

Depending on region and age group, upto 35 percent of those with tuberculosis were also infected with HIV.The rise in tuberculosis, particularly multidrug-resistant disease. Created considerable public alarm. For example a 1992 opinion piece in the washingtone post on the combined threat of AIDS, substance abuse and tuberculosis described tuberculosis as a deadly and highly contagious disease "that you could catch from the person next to you in a movie theater or classroom.

Statistics & need for the study

Transmission of the disease under such conditions is not very likely, but the description illustrates the level of concern being voiced by some commentators at the time shows both the increase in the number of tuberculosis cases beginning in the mid-1980s and the subsequent decrease in the number of cases starting in 1993. By 1999, the number of cases nationwide had dropped to 17,528 and the case rate stood at 6.4 per 100,000 population.The rate of multidrug-resistant tuberculosis stood at 1.2 percent of reported cases, approximately one-third the level in 1991.In addition, the death rate had dropped to 0.4 per 100,000 population in 1998. National case rates mask considerable geographic variation in the incidence of tuberculosis. In 1999 case rates varied from less than 1.0 percent.

Tuberculosis continues to pose a major threat to global health and research is a key component of the global plan to stop tuberculosis . Research is particularly crictical for developing new tools and approaches needed for eliminating TB by 2050. Recognizing this, the stop TB partnership and the world health organisation stop TB department have launched the TB research and accelerating progress in TB control towards international targets.One of the main outputs of the TB Research movement in 2011 was the publication of the internatio nal roadmap in October 2011.The process for developing this roadmap has been recently described by lienhardt and colleagues.

Briefly, The research roadmap was developed through a priorty ranking exersise conducted by a multidisciplinary group 50 research experts a multidisciplinary delphi consultation, a series of systematic reviews that were commissioned one was focused on all the TB research agendas that have been published from 1998 to 2010.As a next step we were commissioned to review all the published systematic reviews and meta analyses on TB. This study was not done before, and the incidents rate are increased have taken this.

Knowledge: In this present study it refers to correct verbal response of general population regarding tuberculosis as measured by the structured interview schedule.

Tuberculosis: An infectious disease that may affect almost any tissue of the body especially the lungs caused by the organism mycobacterium tuberculosis, and characterized by tubercles.

The study is delimited to

Bates,1987 Human beings are infected through the respiratory tract and the tubercle bacilli spread by lymphatic system and blood stream to different organs. The course of tubercular disease is divided into primary pulmonary TB latent TB infection and active TB disease, including tuberculo-meningitis, skin TB, scrofulous TB, pleurisy TB, cordis TB, urinary systemic TB, digestive systemic TB, skeletal TB, etc. people with active TB disease can be treated and cured if they seek medical help. Even better, people with latent TB infection can take medicine so that they will not develop active TB disease.Me Adams et al.,1995 Two major forms of tuberculosis have been recognized on the basis of site of Infection termed as pulmonary tuberculosis (PTB) and Extra pulmonary tuberculosis (EPTB).Pulmonary TB is the most common form of the disease and constitutes about 85% of all TB cases.

Hazbon et al 2005 Ethambutol is absorbed in gastrointestinal trapt and only a small portion of it is metabolized in the liver. The unchanged drug and its metabolites are excreted in urine.Some of the studies revealed that mutations in embB gene at nucleotide position 306 is associated with resistance (Telenti et al., 1997; Sreevatsan et al 1997), whereas, others observed mutation at position embB306 in ethambutol susceptible isolates (ahmad et, al ,2007). A study with large number of M.tuerculosis isolates found that mutation in enbB306 Were not necessarily associated with resistance to ethambutol, but with a predisposition to Develop resistance to increasing number of drugs and to be transmitted (Hazbon et al., 2005). Brudey et al 2006 This part describes the latest description of statistically, epidemiologically or Phylogeographically relevant clonal complexes of the M.tuberculosis complex dependent On spoligotyping signatures as described in the spolDB4 database. Allix- Beguec et al, 2008 The epidemiology of the diseases has further been influenced with the occurrence of Co-infection with HIV and emergence of MDR-TB (multi- drug resistant tuberculosis). This all necessitated the molecular epidemiological investigation of M,tuberculosis isolates from different patients to differentiate between exogenous and endogenous infections and also detect laboratory cross contaminations. Later on, these fingerprint were also used to determine the transmission link and control strategies with the aid of classical epidemiology.

Saaidi & Ali, 2009 The host factors play an important role in succession of active TB disease. Individuiate, who are malnourished, have general poor health structure , homeless, substance Use of drugs and alcohol are at greater risk of infection .Immuno- supressed (infected with HIV) and immune -compromised patients , like patients with chronic renal disease, neoplastic.Disorders and those who are receiving immunosuppressive therapy are also susceptible to TB.In humans, tuberculosis is primarily caused by Mycobacterium tuberculosis, but other species,such as Mycobacterium africanum, M.bovis, M.microti, M.canettii, M.caprae and M.pinnipedii can also cause TB. These all together form the M.tuberculosis complex (MTBC)

Lawn & Zinnia, Latent TB is inactive, does not show any symptoms and is not contagious, whereas, active TB makes a person sick and is highly contagious. The infected individual becomes immunocompromised for any reasons including malnutrition or infection with HIV and the patients develops active TB disease. In 90% of the cases, M.tuberculosis mainly infects the lungs and causes pulmonary tuberculosis . The patient exhibit different symptoms , such aspersistence of cough for 2-3 weeks and beyond , chest pain, blood tinged sputum, breathlessness, weight loss, loss of apetite, chills, fever and night sweating .

Humphries, 2013 A biochemist, David Sherman, at Seattle Biomedical Research Institute, Washington, says that latency is not a well-defined biological problem. Latent TB is the one where individual tests positive for TB and does not have any clinical symptoms. It has been considered that latency may encompass a spectrum of states, from people who have completely controlled the disease, to those with untreated , sub clinical disease. M. tuberculosis can be contained within granuloma for years. This ability of M.tuberculosis to lie dormant may be an evolutionary strategy.

Research methodology provide a brief description of the method adopted by the investigator in this study. This chapter deals with research approach, research design, the setting of the study, the population sample criteria for selection description of the tool, procedure for data collection, plan for data analysis.

Descriptive approach was found to be suitable for this study.

Descriptive design used in the study to assess the knowledge of all the toddler mothers.

The study was conducted in the selected urban area nanganallur, The community area was selected for the study because of availability of participants & feasibility of conducting the study.

Purposive sampling technique was followed in this study is used, where the researcher is interested in getting in ‘'judgmental’ sampling’. The sample was collected by hand picking few samples which falls in our inclusion criteria.

Sample was selected based on the following criteria.

All the general population

? Who can understand and speak in Tamil & English

? Who were willing to participate in the study

The instrument was developed based on literature review of

The validity of the tool was established by submitting it to two experts. They comprised of department of community health nurse, one nurse psychiatrist. Reframing of the tool was done after making the changes which was suggested by the experts, to assess the knowledge of tuberculosis among general population.

Reliability of the tool was established by administering the tool to 25 general population.

This comprised of a structured knowledge questionnaire. The questionnaire was 25 multiple choice question to assess the knowledge regarding various aspect of tuberculosis. Each question had ‘ONE’ correct response. A score of ‘ONE’ was allotted for every correct answer and a score ‘ZERO’ allotted for every wrong answer. The score was converted into percentage and the resulting score was arranged as follows,

Data collected from adult in selected area, A study to assess the knowledge on tuberculosis among general population in selected area, Nanganallur have been analysed and tabulated according to plan for data analysis and are interpreted under the following heading.

The data analysed is grouped and organized as foils

Assessment of demographic variables of adult

Frequencyandpercentagedistributionofdemographicvariable of age of adolescents.

Table 1: Frequency and percentage distribution of demographic variable of age of population. 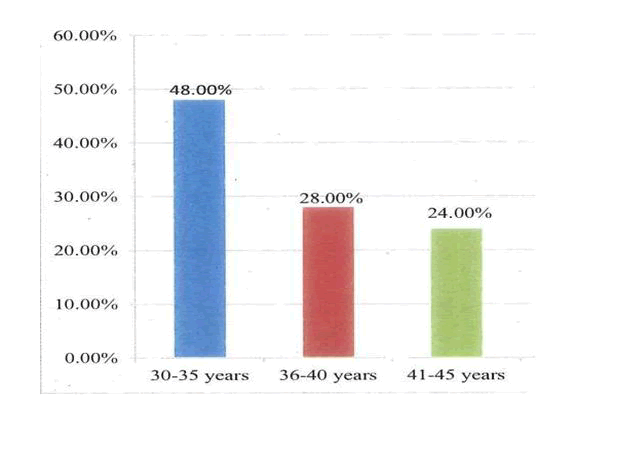 Table 2: Frequency and percentage distribution of demographic variable of sex of population, n=25.

Table 3: Frequency and percentage distribution of demographic variable of education of population, N=25. Figure 3: percentage distribution of level of education of population.

Table 4: Frequency and percentage distribution of relegion of population.

Figure 5: percentage distribution of type of family of population. Figure 6: percentage distribution of type of family income of population.

The discussion of the results of the data analyzed based on the objectives of the study. The problem statement is ‘ A study to assess the knowledge on tuberculosis among the general population. The research design adopted in this study was pre- experimental research design. The research was done among the general population in selected area,Nanganallur. The study finding are discussed .

Summary of the study

The study was undertaken to evaluate the knowledge of Tuberculosis with selected parameter among all general population in selected community area of Nanganallur,

This following objectives were set for the study

> To assess the level of knowledge on Tuberculosis among General population of selected urban area.

> To assess the level of knowledge on Tuberculosis with selected demographic variable.

Descriptive design was used in this present study to assess the knowledge of all the general population.

Purposive sampling technique was followed in this study. Where the researcher is interested in getting in expensive approximation of the truth. The sample is collected by hand picking a few samples.

The findings of study have practical application in the field of nursing. The implication of study are discussed in four areas namely nursing practices, nursing administration, nursing education, nursing research.

Nurses must do screening of all general population, for early identification and prevention of the complication of Tuberculosis is possible.

The nurses can plan instructional module and organize teaching program for general population.

> Nursing student can be specially trained to assess and monitor the health status of general population.

> Nursing educator can encourage the conduct the teaching program for the general population about diet, physical activity, exercise and personal hygiene.

> The nurses administrator can prepare adequate assessment protocols for assess the health status of Tuberculosis.

> The study motivates for undertaking studies related to this field.

> The study can be baseline for further studies to build upon.

The encouragement and support from University, Chennai,India is gratefully acknowledged for providing the laboratory facilities to carry out the research work.