Cardiac diseases are the major risk factors for stroke, ranking third after age and hypertension. 1Congestive Cardiac failure ranks the second in cardiogenic related stroke risk [1], with a two-to-three-fold relative risk [1,2]. The prevalence of cardiac failure increases substantially as the population ages. Cardiac failure is associated with high mortality rate, with a 15-year total mortality rate estimated at around 39% for women and 72% for men [3]. Left Ventricular Systolic Dysfunction is common and treatable, accounting for 8% of people aged 25-75 years and 12% of 45-75 years. Of the 8%,4% are asymptomatic [4-8]. The patients who are at high risk of developing LVSD are those with ischaemic heart disease, hypertension, diabetes, and smokers [9-11].

However, echocardiographic screening of all hypertensives, all diabetics, and all smokers for LVSD would be a costly process for screening. A more costeffective approach might be to do it at the first presentation of a vascular episode, and to perform routine echo screening at that time. The first vascular episode could be either an acute myocardial infarction (MI), a transient ischaemic attack (TIA), a cerebrovascular accident or peripheral vascular disease [12].

In normal clinical setting, MI patients are now screened for LVSD during their hospital admission, but patients who have had CVA/TIA/PVD are usually not routinely screened for LVSD. So, the presentation with first vascular episode in the form of stroke could be an opportunity to detect and treat LVSD, and thereby reduce the subsequent incidence of overt heart failure, and perhaps even sudden cardiac death and reduce the incidence of mortality and morbidity further We are aware that LVDD is also a major risk factor contributing towards mortality especially in the hypertensives and elderly.

It is in this context; I have tried to assess the LV function in patients who presented with ischaemic stroke especially atherothrombotic stroke [13-15].

All the study group patients underwent transthoracic Echocardiography as a part of the study. All patients had a thorough clinical, neurological examination with careful evaluation of history. Importance was given to symptoms and signs of cardiac disease in addition to neurological findings.

142 Patients of the study group were divided into various subgroups. Ischaemic stroke was most observed between 51 -60 years of age followed by patients aged 61-70 years. The mean age of the patients was `58 years (Figure 1). Most of the patients were men (66%) as against women (34%). 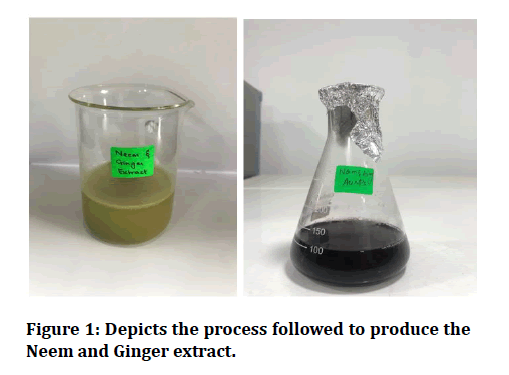 Smoking was one of the most common risk factors observed in 73 patients. All these patients were men. Out of 94 men, 73 patients were chronic smokers (78%). The mean age of the smokers was 54 years. Associated history of chronic alcohol intake was seen in 33 male patients. Associated hypertension was seen in 11 patients which had statistical significance (p value .00). Coexisting diabetes mellitus was observed in 8 patients (Figure 3). 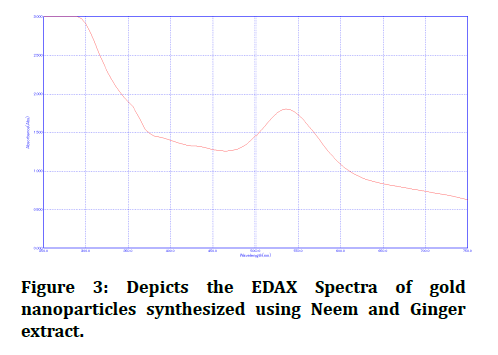 26 of the 142 patients had Diabetes mellitus (18%). It was observed as a risk factor equally in both sexes (p value0.05). Previous history of coronary artery disease was present in 12 patients. Coexisting C.A.D was more commonly seen in men compared to women. History of stroke was present in 8 patients. History suggestive of angina, palpitation and shortness of breath was observed among the diabetic patients which had no statistical significance. ECG changes of previous myocardial infarction was seen in 6 patients (Figure 3).

History of coronary artery disease was present in 12 patients (8.4%) C.A.D was more frequent in men when compared to women in the ratio of 8:4. Most common age group with CAD was between 51 -60 years. History of breathlessness on exertion of NYHA class III was more frequently observed in CAD patients (Figure 3).

Symptoms of CAD and cardiac dysfunction

History of stroke was present in 41 out of 142 patients. Most of them were between 51 - 60 years of age. Men had more incidence of past H/O stroke, in ratio of 3:1. Out of 41 patients 16 had dense hemiplegia, 14 had altered mentation. C.T changes of massive infarct was evident 23 patients. The severity of the stroke and clinical picture had significant statistical correlation with a p value of 0 . 00.

Left ventricular hypertrophy was observed in 65 patients in Echo. Most of them were in the age group between60-70 Years followed by 50 -60 years of age. More number of men had LVH when compared to women in the ratio of 41: 24. LVH. was observed commonly in 39 smokers followed by 29 Hypertensives. It was also evident in 13 alcoholics. 15 patients with LVH had history of angina and palpitations. 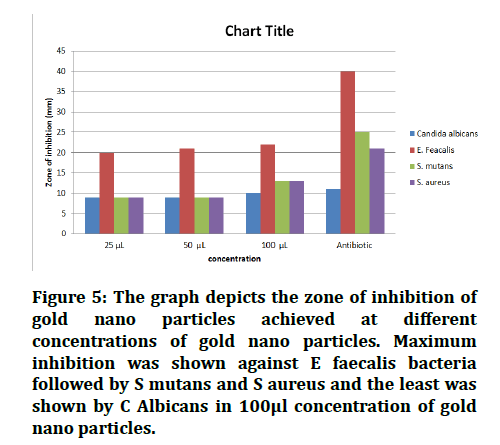 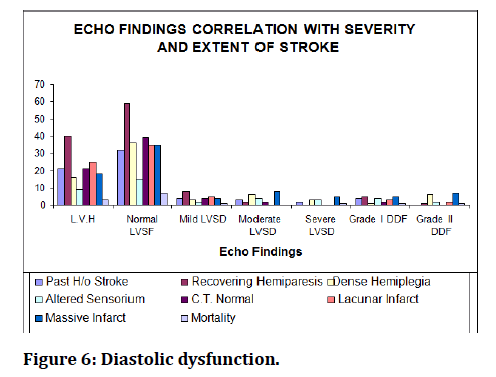 The number of patients enrolled in the study was 142. Ventricular function studies in association with ischaemic stroke have been done previously by Allison G. Hays, M.D, Department of Medicine, New York (`1994 -1997) in a subset of patients from the Northern Manhattan study in 2006 (NOMAS) 46. In a study done by them, 270 patients of ischaemic stroke were evaluated for LV function in detail. Framingham study and VH ef trial 51 analysed the various risk factors in association with LV dysfunction in ischaemic stroke patients. Among the patients studied 33% were between 51 -60 years followed by 29% between 61 -70 years. The average age of patients studied was58years. The lesser incidence in people below 50 years of age could be because in our study we excluded patients with valvular heart disease and the cases of young stroke. The number of patients of over 70 years was also less. The age incidence in the current study was like the northern Manhattan study. In the NOMA study also, the age of patients more than 70 and younger than 50 years was less. 66% of patients in the present study were men as against 34% who were women. This is probably because smoking and intake of alcohol was observed in most men in the group. This contrasts with the manhatt and study figures (NOMA study) where 56% were women against 44% men The higher incidence of stroke in women of NOMA study could be due to the associated habits of smoking and alcohol intake in western women [16,17].

51% of patients in current study were chronic smokers whereas in NOMA study 23% were smokers. This difference could be due to the higher incidence of smoking in Indian men when compared to people of Western country where the habit of smoking was comparatively less than alcohol intake. The present study showed statistically significant association between smoking, hypertension, and diabetes. The association between smoking and clinical severity and morbidity of the stroke was also statistically significant in the present study. The incidence of alcohol intake was more in the NOMA study when compared to the present study. It was 40% in the NOMA study as comparedto the 23% of present study [18]. This difference could be attributed to the higher incidence of alcohol intake in Western countries when compared toour country [19].

The incidence of diabetes in the present study was 18.3% as compared to the NOMA study of 43%. The above difference may be due to the sedentary lifestyle of the western people and also due to the higher incidence of obesity among the people of western countries. There was a statistically significant correlation between diabetes and LVSD. Hospital stay mortality was statistically significant among diabetic patients in this study [20].