Background: Diabetic foot ulcers are the most common cause of chronic, non healing ulcers. These foot ulcers are the cause for majority of the amputations. Management of these ulcers require a multidisciplinary approach. The field of wound management has evolved considerably after the understanding of the role of growth factors in wound healing. EGF is available commercially and has shown to promote wound healing.

Methods: This is a descriptive study which was performed prospectively at Sree Balaji medical College and Hospital during the period of June 2018 to December 2018. 100 patients meeting the inclusion criteria where included in the study. The surface area of the ulcers of these patients who were using rh-EGF dressing were measured at the start of the study, at 1 week and at 2 weeks to assess the rate of wound healing.

Conclusion: The use of rh-EGF gel is safe and effective form of dressing and it promotes wound healing.

Diabetes mellitus directly or indirectly is a cause of lot of morbidity and mortality all around the world. Diabetic patients through various mechanisms are prone to infections which necessitates hospital admission. Foot infections, Ulcerations and gangrene are well documented complications of diabetes mellitus. Diabetic foot ulcers are the most common cause of chronic, non healing wounds which occur in approximately 10% to 15% of the patients. Among them about 12% to 24% individuals undergo amputations [3]. These diabetic foot ulcers are resistant to heal due to various factors like presence of infections and micro vascular complications [1,2].

Management of such ulcers is challenge and requires multidisciplinary approach and various modalities of treatment. The treatments of such ulcers consist of removal of necrotic tissue, growing infections and to make the conditions inside the wound environment favourable to facilitate healing. This consists of various types of debridement, proper use of antibiotics, creating proper moisture balance, correct use of various types of dressings and topical agents, glycaemic control, offloading etc. [3]. With advances in materials and tissue science, and improved knowledge in the concepts of wound healing and cell types involved, the field of wound management has evolved considerably. The understanding of the role of various growth factors in wound healing over recent years has brought an interest in their usage in chronic ulcer management [4].

This is descriptive study which was performed prospectively in the Department of General Surgery of Sree Balaji Medical College and Hospital, Chennai during the period of June 2018 to December 2019.

• Ulcers falling under grade 1 and 2 of Wagner’s classification

• Patients using rh-EGF dressing for the management of ulcers

• Patients below 20 years and above 80 years of age

• Ischemic ulcers with Doppler proven occlusion of the vessels

• Osteomyelitis of the foot with ulcers

• Patients using any other modality of dressing or topical agents

100 patients undergoing treatment for the diabetic foot ulcer in the form of rh-EGF dressing meeting the mentioned criteria were selected for the study after obtaining written and informed consent. All the patients were advised diabetic diet. Good glycaemic control was achieved either through oral hypoglycaemic agents or insulin. Wound swab was taken at the start of the study and was sent for culture and antibiotics were started according to the sensitivity reports. The ulcers were cleaned with normal saline first and then a commercially available preparation of rh-EGF topical application gel was applied over it. Moist Gauze piece was placed over the ulcer and covered with pad and roller bandage. Dressings were changed daily.

The ulcer area was measured by cutting a gauze piece to its size and measuring the surface area using plannimeter. Initial area of the ulcer was measured at the start of the study. Then the area measurement was repeated again at 1 week and 2 weeks. The reduction in area of the wound over time is the rate of wound healing and it was calculated using the following formula.

The outcome of the study was analysed statistically to reach a conclusion. Data entry was done using MS excel 2016. Demographics of the study such as Age, Gender, and Mode of onset, Site of ulcer and Anti Diabetic agent used were also assessed. 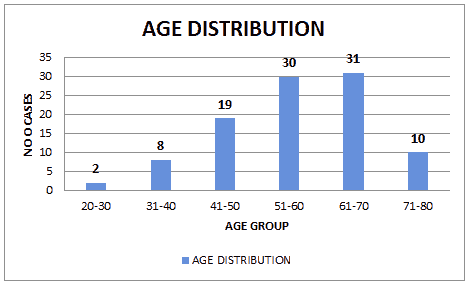 Table 2: Distribution based on site of the ulcer.

Table 3: Distribution based on type of onset.

As shown in Table 3, in our study traumatic type of onset (68%) was more common than spontaneous onset (32%).

Table 4: Distribution based on type of anti-diabetic agent used.

As shown in Table 4, most patients in our study used insulin (71%) for glycaemic control as compared to oral hypo glycaemic agents (29%).

Table 6: Percentage of area reduction of ulcer at 1 week.

Table 7: Percentage of area reduction of ulcer at 2 weeks.

DM foot ulcers are chronic non healing ulcers which show a long inflammatory phase and there is a halt in the epidermal growth. This none healing of the ulcers are also due to the growth of multi drug resistant organisms and also due to micro vascular complications of diabetes mellitus [6].

This study was conducted at Sree Balaji Medical College and hospital, Chennai to assess the rate of wound healing in patients using rh-EGF dressing.

The sex distribution of the patients suffering from DM foot ulcer in this study was predominantly males (65%) as compared to the females (35%). These results are similar to the study conducted by experts [11] in which DM foot ulcer was significantly associated with male gender. The male to female ratio was 1.8:1 which is similar to the results of experts. They attributed this increased incidence in males due to largely indoor existence of females in the rural part of the country.

The most common site of ulcer in this study in the foot was in the plantar aspect (70%) as compared to the dorsal aspect (30%). These results were similar to the results in a study conducted by experts which showed majority of the ulcers developed in the plantar aspect of the foot [12]. This was mostly due to poor attention to the care of the foot, altered biomechanics and excessive or repeated pressure over the neuropathy affected areas of the foot.

In this study the major type of onset in both the groups was traumatic (68%) where the patient had a history of some type of trauma like RTA etc. which developed into a non healing DM foot ulcer. Rest other patients in both the groups had a spontaneous onset (32%) where they developed blister which broke to form ulcers or they may have had un-noticed small trauma.

Patient in this study used commonly used Insulin (71%) for diabetic control rather than OHA’s (29%) in both the groups.

Similar results were found in the study conducted by experts who compared rh-EGF dressing with normal saline dressing [13]. Their study showed the patients who used rh-EGF dressing developed granulation tissue faster with increased rate of epithelisation and reduction in discharge when compared to the patients who used conventional normal saline dressing. Safety and efficacy of rh-EGF gel was evaluated by experts and it was found that the rate of healing was enhanced in patients using rh-EGF gel when compared to placebo [14]. These observations were similar to the present study. In a study conducted by experts, 90% of the study group which used rh-EGF gel showed decrease in wound soakage and size and increase in granulation tissue. Experts concluded in their study that wound closure in the rh-EGF group was significantly higher in comparison to the placebo group after 4 weeks [15,16]. Similar conclusions were drawn from the studies done by experts [17-20] rh-EGF enhanced wound healing significantly in patients suffering from venous ulcerations in the lower limb. Experts [21] studied that with rh-EGF concentrations of 1 and 5 µg/g rate of epithelisation were the fastest.

Overall, the use of rh-EGF dressing is found to increase the rate of healing in DM foot ulcer. In the study group, there were no observed adverse effects of this gel. And the literature has not documented any such side effects. Therefore, the morbidity and extended hospital stay needed for the treatment of DM foot ulcers may be minimised by the use of rh-EGF dressing. In addition to the different types of dressings, effective glycaemic control, pressure relief over the foot, suitable antibiotic therapy and proper debridement must be emphasised for enhancing the healing rate of the ulcers.