Background: Hypertension is a major health problem, affecting a large population across the world. Approximately 7.5 million people die of hypertension every year worldwide.

Objective: To determine the association between Ischemic Disease Heart (IHD) and dyslipidemia among hypertensive patients.

Methods: A case-control study was conducted at the cardiology outpatient departments of Prince Sattam-Bin-Abdul-Aziz University hospital between September 2015 and February 2017. The association of ischemic heart disease (dependent variable) was assessed against dyslipidemia (independent variable). Ischemic heart disease (IHD), body mass index (BMI) and dyslipidemia were defined. The data from the patients were collected into the medical notes that were later transferred into an excel spreadsheet. The data was analyzed using SPSS version 23. Pearson's chi-square test was applied and a P-value of ≤ 0.05 was considered significant.

Results: A total of 160 respondents were included in the study and 39.4% (n=63) had a positive history of ischemic heart disease. The average age in our study population was 49.16 ± 11.7 and average BMI was 29.11 ± 5.04. A significant correlation was noted between dyslipidemia and IHD (p=0.000; OR 3.39). It was noted that the chances of IHD with dyslipidemia were higher among individuals in the 31-50 years age group (p=0.001; OR 6.75). In addition, a statistically significant correlation was noted between the risk of IHD and dyslipidemia in overweight and obese patients.

Conclusion: The combination of hypertension and dyslipidemia is a significant risk of IHD for male gender, 31-50 years old, overweight, obese, diabetics or smokers.

Dyslipidemia is a highly prevalent but modifiable risk factor for IHD and other cardiovascular events [7]. The global prevalence of raised total cholesterol is 39%, accounting for 2.6 million annual deaths worldwide [8]. More than 50% of patients with IHD have coexistent dyslipidemia while alone hypercholesterolemia accounts for one-third of IHD worldwide [9,10]. Both HTN and dyslipidemia are major and established risk factors for CVDs or IHD. There has been a significant relationship found between dyslipidemia and incidence of IHD among hypertensive patients. It has been reported that hypertensive patients with dyslipidemia develop IHD 18 times greater than those without dyslipidemia [9]. Therefore, coexistence of HTN and hyperlipidemia accelerates atherosclerosis, leading to increased incidence of CAD or IHD [9]. Atherosclerosis plays a main role in the pathogenesis of IHD through the formation of atherosclerotic plaques.

In Saudi Arabia, hypertension is one of the leading causes of death with overall prevalence of 4.9% in the country [11]. Similarly, the prevalence of HTN among the population suffering from CVDs is 31.4% [11]. As far as dyslipidemia is concerned, its prevalence has been reported to be 33% in Saudi population [12]. These statistics reflect that there is substantial risk of IHD existing in Saudi population in the form of hypertension and dyslipidemia. If other risk factors of IHD such as old age, gender, obesity, diabetes and smoking are considered, it will further add to the risk of incidence of IHD or CAD in Saudi population. In other words, the risk of CAD development rises as the number of risk factors increases. In addition, modifiable risk factors are highly prevalent in Saudi Arabia, adding to the risk of IHD. Moreover, studies on the determination of the number of risk factors for IHD and their cumulative effect on the incidence of other CVDs among Saudi individuals is lacking. Unfortunately, lack of awareness about substantial risk factors of CAD or IHD among Saudi individuals is upsetting and requires mass awareness campaigns [13].

This case-control study was conducted at the cardiology outpatient departments of Prince Sattam Bin Abdul-Aziz University hospital between September 2015 and February 2017. Written consent was obtained from the patient and the study was approved by the ethics approval committee of the concerned hospital. The association of ischemic heart disease (dependent variable) was assessed against dyslipidemia (independent variable). Other confounding variables assessed were history of hypertension, sex, age, weight status, diabetes (based on the history of diagnosed diabetes or taking anti-diabetes medication), and history of smoking.

The variables included in the study were defined as follows.

Ischemic heart disease: The patients were labeled to have ischemic heart disease if they had a positive history of either myocardial infarction, coronary angioplasty or coronary artery bypass surgery, positive stress electrocardiogram, or angiographic evidence of luminal narrowing of coronary arteries or ischemic changes evident on an electrocardiogram with a positive history of chest pain and raised cardiac enzymes (including troponin) levels.

BMI: It was calculated after assessing patients’ height and weight and patients were classified into underweight, normal, obese, and overweight categories (obesity stages as defined by the Center for Disease Control and Prevention).

Dyslipidemia: It was established following a complete lipid profile from the patients. The levels of LDL, HDL, triglycerides and cholesterol were interpreted based on the American College of Cardiology guidelines.

The sample size was calculated using an Openepi sample calculator where confidence level was set at 95%, power was 80%, frequency of dyslipidemia in cases of IHD was set as 17.3% and in controls it was set as 50%. The computed results gave us a sample size of 160 with 63 cases and 97 controls. The data from the patients was collected into the medical notes that were later transferred retrospectively into an excel spreadsheet. The data was analyzed using SPSS version 23 and descriptive statistics were computed for study variables. Pearson's chi-square test was applied and a P-value of ≤ 0.05 was considered significant. Odds ratios with (95% CI) were calculated to check the association between dyslipidemia and IHD and OR>1 was considered as significant. The results were represented as tables and figures. 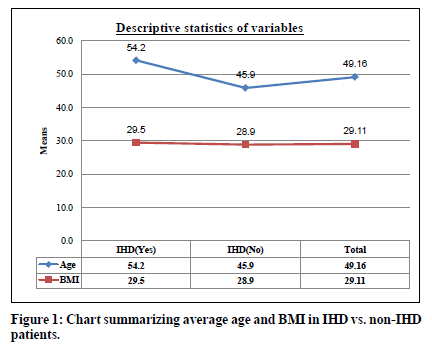 Table 1: Distribution of study variables according to IHD. 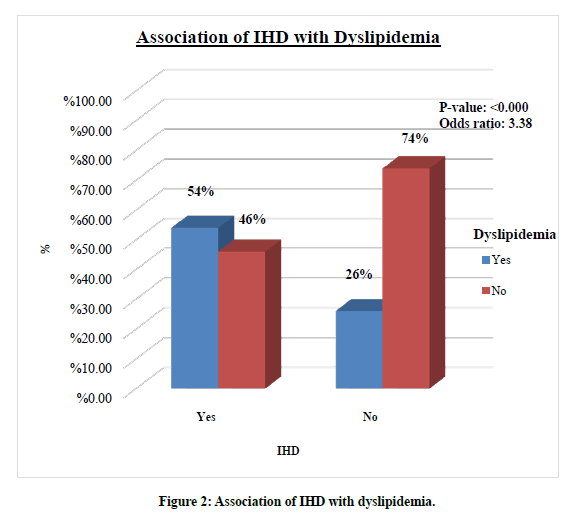 Figure 2. Association of IHD with dyslipidemia.

Table 2: Association of IHD with Dyslipidemia according to patient’s characteristics.

The present study reveals that combination of dyslipidemia and hypertension is a significant risk for the development of IHD even among nondiabetics and non-smokers. Limitations of the study include single-centered study and small sample size. As dyslipidemia and hypertension are common risk factors for IHD, large sample size from multiple centers could have offered more precise results.

The combination of hypertension and dyslipidemia is a significant risk of IHD for male gender, 31-50 years old, overweight, obese, diabetics or smokers. In this context, risk of IHD can be cut down significantly by optimizing the treatment of hypertension and diabetes, reduction of weight and dyslipidemia, and smoking cessation. In fact, large benefits can be gained by addressing multiple risk factors of IHD simultaneously.

This publication was supported by the Deanship of scientific research at Prince Sattam bin Abdul Aziz University, Al-Kharj, Saudi Arabia.