Acute Kidney Injury (AKI) is a complex condition that manifests in a number of clinical scenarios with it manifestations ranging from modest plasma creatinine escalation to anuric renal failure.It is often underrecognized and has severe consequences. Recent epidemiological studies show the wide variation in etiology and risk factors [1-5], identify the increased mortality associated with this disease (especially when dialysis is required) [6-9], and indicate a relationship to the subsequent development of chronic kidney disease (CKD) and development of dialysis dependence [10–13].

Emerging evidence suggests that even minor serum creatinine changes are associated with higher in-patient mortality [14]. Over the past decades, AKI has been the focus of extensive clinical and basic research. A major limitation has been the absence of a niversally recognized definition of AKI. Despite significant progress in understanding the biology and mechanism of AKI in animal models, there has been limited translation of this knowledge into improved patient management and outcomes. Acute Kidney Injury Network (AKIN) is an independent collaborative network of experts selected by the participating societies to represent their field of expertise as well as their sponsoring organization. AKIN seeks to promote global, interdisciplinary and intersocietal partnerships to ensure success in the area of AKI and achieve the best results for patients with or at risk of AKI [15-17].

Study Population: The study will be conducted in inpatients of ICU in Sree Balaji Medical College and Hospital.

Inclusion Criteria: All patients admitted to ICU with AKI and those who developed AKI after admission to ICU.

A detailed history, physical examination and lab investigations including CBC, RFT, Renal USG, urine analysis was done. Blood culture and sensitivity, Leptospirosis serology, smear for MP / MF, imaging studies and other investigations were done as and when warranted clinically. 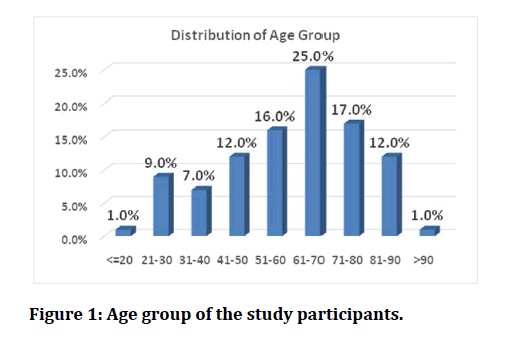 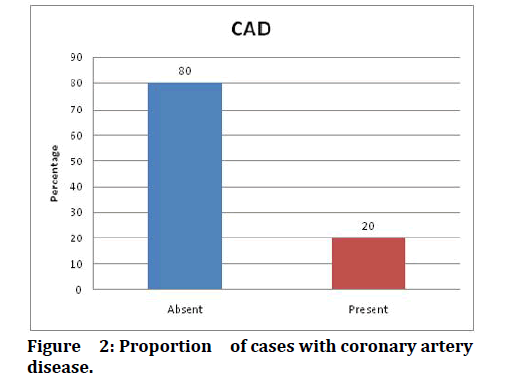 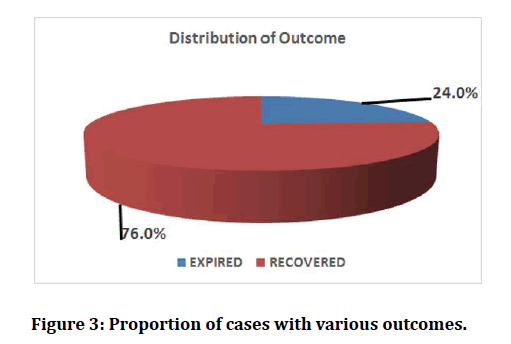 Table 2: Proportion of cases with hypertension.

Table 3: Proportion of cases with Sepsis.

Table 4: Proportion of cases with oliguria.

Upon analysing the values of the renal function tests, the mean values of:

Table 5: Mean values of Biochemical indices in the study population.

In our study we analysed the peak Serum Urea and Creatinine values of each of the patients during their course of stay in the ICU.

Applying the student’s t -test, showed that the difference between the outcome based mean values of Urea, Creatinine and eGFR between the expired and survived population were statistically significant (Table 7). This study has shown that among 40 patients with sepsis, 18 patients expired (p<0.001) and sepsis was hence found to be an indicator of higher mortality rates than those without sepsis. Mortality due to septicemia was observed to be 75% (Table 8).

AKI is a kidney disease that is potentially fatal but reversible. Due to its climatic and geographic heterogeneity and variable quality of medical care, etiology, and course, the analysis varies in different parts of the world and also within India. 100 patients have been analyzed in our research. There were 52 males and 48 females. The mean age was 59.5 years. In the sixth to eighth decade, the highest number of cases were reported. Mehta et al., in her study analysed a sample population which had 59% males and 41% were females with mean of 59.5years. 46 Sepsis was found to be the leading cause of Acute Kidney Injury in the current study (40%) as has been time and again proven by multiple studies [18].

This study has shown that among 40 patients with sepsis, 18 patients expired (p<0.001) and sepsis was hence found to be an indicator of higher mortality rates than those without sepsis. Mortality due to septicemia was observed to be 75%. This was identical to the findings of Qutub HO 3, Saeed IA48 in their three yearlong prospective study (1996 to 1999) in which sepsis emerged as the leading cause of Acute Kidney Injury and also a major contributor for mortality [19,20]. They also stated that prevention of sepsis would improve the prognosis of patients who got admitted into ICU due to any other cause. In another study conducted by Agarwal et al 49 at CMC Vellore in 2004, similar observations were made in pediatric population vis-a-vis septicemia. It was found that mortality due to septicemia was 83% among ICU patients who had Acute Kidney Injury and was a major contributor to morbidity and mortality. In our sample population, oliguric AKI was predominant (62 percent) compared to non-oliguric AKI, which was in line with Muthusethupathi et al's research in 1999.2 Oliguria is a very important parameter in renal injury and was the single most important predictor of mortality in many studies. Among the 62 patients in our study who were oliguric, 24 patients (38.7%) expired, which is statistically significant (p<0.05). Among the 24 patients in our study that expired, all 24 patients were found to have oliguria. Macedo et al 50 in their prospective study in 2011 found out that oliguria for more than 12 hours or oliguria for 3 or more episodes were associated with higher mortality [21-23].

In our study we analysed the peak Serum Urea and Creatinine values of each of the patients during their course of stay in the ICU. It was found that the mean urea value in the study population was 104.99 mg/dl and mean creatinine value was 2.891 mg/dl. Among the expired patients, the mean urea was 150.63 mg/dl and among the survivors, the mean urea was 90.58 mg/dl. Applying the student’s t-test, showed that the difference between the two values is significant. Similarly, the mean creatinine among the expired patients was 4.73 mg/dl, whereas that among the survivors was 2.31 mg/dl, the difference of which was again found to be statistically significant using student’s t -test. There has been limited research pertaining to peak levels of urea and creatinine and their effect upon the outcome [24]. However, in 2013 it is found that patients with tage 1 AKI (increase in serum creatinine either 0.3 mg / dl or 50% regardless of the final serum creatinine) and <=1.5 mg/dl peak serum creatinine had a very good survival, comparable to that of non-AKI patients.

In the present study, upon analysis of estimated Glomerular Filtration Rate (eGFR) which is a useful point of care tool to determine kidney function, it was found that the mean Egfr was 27.88 mL/min/1.73 m2. Among the expired patients, the mean eGFR was 24 mL/min/ 1.73 m2 whereas in patients who survived, the mean eGFR was 76 mL/min/1.73 m2. Upon applying the student’s t -test, it was found that the difference between these two mean values was significant. It is in line with the research findings of Suk et al52 whose study concluded that the eGFR cut-off level for in-hospital mortality was 56 mL / min/1,73 m 2. EGFR < 56 mL / min/1.73 m2 had an odds ratio of 2.5 (95 percent confidence interval, 1.6 –4.0) for mortality by multivariate logistic regression [25-27]. Our study also reiterated the point that though the presence of comorbid conditions like Diabetes, Hypertension and Coronary Artery Disease poses increased risk for development of AKI, they are not associated with increased mortality risk in patients admitted for/with AKI as has been established previously by many extensive studies like that of Mehta et al 53 in India and Schwilk et al54 in Europe. However, although outside the scope of this study, it is worthwhile to mention that in a retrospective study involving more than 500 patients, Mariana et al 55 in 2012 showed that though the chronic comorbidities like Diabetes, Hypertension and Coronary Artery Disease do not have any immediate mortality risk but positively affect the long-term survival rates in patients who have recovered from AKI [28,29].