Comparison of Outcome of Endoscopic Septoplasty versus Endoscopic Septoplasty with Inferior Turbinoplasty Using Microdebrider
All submissions of the EM system will be redirected to Online Manuscript Submission System. Authors are requested to submit articles directly to Online Manuscript Submission System of respective journal.

Nasal obstruction is one of the common symptoms that patients present with to the ENT surgeon. The most common causes of nasal obstruction are deviated nasal septum and inferior turbinate hypertrophy. The development of new diagnostic and therapeutic materials has helped to a variable extent to understand the various anatomical abnormalities or any pathologies. Diagnostic nasal endoscopy is done preoperatively. Patient can undergo turbinate reduction procedures as a treatment option for inferior turbinate hypertrophy. In this study we will be comparing the outcome of endoscopic septoplasty versus endoscopic septoplaty done along with inferior turbinoplasty using a microdebrider.

Breathing is an individual's most basic need for survival. It has an impact not only on an individual's survival but also on his or her productivity. Breathing difficulties can be caused by abnormalities ranging from the tip of the nose to the terminal bronchioles.

Nasal obstruction is one of the common symptoms that patients present with to the ENT surgeon. The development of new diagnostic and therapeutic materials has helped to a variable extent to understand the various anatomical abnormalities or any pathology. Symptoms maybe disproportionate to the actual findings. I will be discussing the management of nasal obstruction in my study.

These are the resection procedures

My study is about the added benefits of microdebrider assisted turbinoplasty when it is done alongwith septal correction procedures [2].

The study's goals and objectives

• Comparing the postoperative complication rates in the control and test groups.

• The patient gives his or her consent to participate in the study.

• The patient is willing to undergo surgery [3].

• Patients who have a history of allergic reactions or other symptomatology.

• Patients who are unable to undergo surgery.

A complete history with systemic examination and complete examination of ear, nose and throat including anterior and posterior rhinoscopy [4].

The prospective study was conducted at Sree Balaji Medical College and Hospital, Chennai. The patients who came to the ENT op with symptoms of deviated nasal septum and inferior turbinate hypertrophy both clinically and radiologically were studied after taking the inclusion criteria into careful consideration (Figure 1). 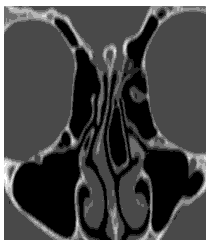 General anaesthesia was preferred to do the procedure. Approximately 3-4 ml was injected into the sub-mucosa of both the inferior turbinates and the submucoperichondrial layer of the nasal septum. For surface decongestion of the nasal mucosa along with topical decongestion, cotton patties which was soaked in 4% lignocaine with adrenaline was used. For general anaesthesia, a 1:20000 concentration adrenaline is used for surface anaesthesia and a 1:200000 adrenaline solution as injection is used to prevent excess intraoperative bleeding. Septoplasty is performed with a zero degree Hopkins endoscope following infiltration and a Freer's incision on the nasal septum on the side of caudal displacement of the nasal septum, (Figure 2). 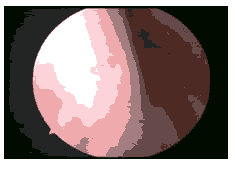 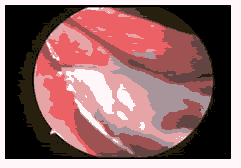 Septal spur with the deviated septum is removed using a Ballenger swivel knife. Mucoperichondrial and mucoperiosteal flaps are repositioned and sutured [6]. A vertical incision is made in the anterior aspect of the inferior turbinate after infiltrating it using a zero degree Hopkins rigid endoscope (Figure 4). 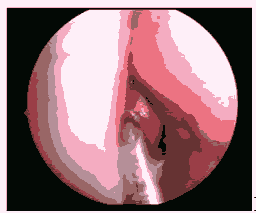 Preoperatively and 3 months postoperatively the patients were given a questionnaire and asked to score the symptoms and improvement in lifestyle. SNOT-20 (sinonasal outcome test-20) original research, which was published in the journal of otorhinolaryngology, head and neck surgery (2007).

Modifications were done in the original SNOT-20 scoring system to satisfy the needs of our study. Five parameters were used for the analysis of nasal symptoms like irritability, nose block, facial pain, reduced concentration and difficulty in falling asleep (Figure 6). 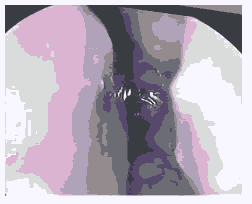 Out of the 50 patients who were taken as the test group, 23 patients underwent bilateral turbinoplasty, 18 had left turbinoplasty and 9 of them underwent right turbinoplasty along with septoplasty. The groups were randomized into test and control groups [9]. The improvement in symptoms and post objective diagnostic nasal endoscopy were considered at the end of 3 months which is better in the test group as compared to the control group to consider this study a success (Table 1).

Our patients were followed up for a period of 3-6 months. The patients who underwent septoplasty with inferior turbinoplasty had no crusting or atrophic changes. In November 1999, expert’s did a similar study on 120 patients and came to a conclusion that “microdebrider assisted submucous resection of inferior turbinates” is safe to achieve turbinate reduction in patients with nasal obstruction which is caused due to turbinate hypertrophy. Crusting can be prevented by preservation of mucosa. It also helps in early healing. Using of a microdebrider helps in precise tissue removal and reducing the size of the inferior turbinate.

A study which was conducted by experts on 29 patients with chronic hypertrophic rhinitis was treated with endoscopic inferior turbinoplasty and an average increase in nasal airflow was observed. There was no permanent synechaie or atrophic change which is similar to our study.