Determination of the Level of Happiness among Students of Shiraz University of Medical Sciences, Iran

Introduction and Objective: The purpose of this study is to determine the level of happiness and vitality as one of the effective factors on increasing students' success in education and spiritual well-being.

Materials and Methods: The present study is a descriptive cross-sectional study. Five hundred and seven students from Shiraz University of Medical Sciences were selected by stratified random sampling and responded to the Oxford Happiness Questionnaire. Data were analyzed using “SPSS 19” software, descriptive and inferential statistics.

Results: The results indicate that mean of happiness among participants was 40.9 ± 13.1 (ranged from 2 to 87) which was moderate. Also mean score of happiness among males was significantly higher than females (43.5 ± 15.0 and 40.1 ± 12.4, p=0.01). Moreover there was no difference in the level of happiness between difference status such as marital (married/ single), residence (dormitory/home), field of study (medicine/pharmacology/medical laboratory sciences, and occupational health), and academic degree (bachelor/master/doctorate).

Conclusion: If academic places such as universities include a happy and vital environment, they will have a very influential role in improving the students’ educational and cultural level.

Educational challenges provide students with psychological stress and sometimes endanger their health. These challenges influence students' ability to learn and to some extent their adaptation. However, students of each community are the human resources who make future of the country; hence the attention to factors that can have a positive impact on the ability, learning and increase of students' positive psychological states and consequently improve their physical and psychological well-being is very important [1]. One of the most important factors influencing students' ability and talent, which is also effective in controlling the threats, obstacles, pressures and difficulties of the period of education, is a psychological factor called happiness. Happiness refers to the individual's judgment of the degree to which the quality of life is desirable and how much the person enjoys his life [2]. Also, happiness includes few essential elements.

The emotional element in which a happy person is cheerfully pleased, the social element in which a happy person has a good social relationship with the others whom can receive social support from, and finally the cognitive element which causes people happily process and interpret information in a particular way which ultimately makes them feel more joy and optimism [3]. Various studies show that happy people are successful in various areas of life, including marriage, friendship, income, work and health [4]. Different research has shown the connection between happiness and success at work. For example, happy people get more money than others; they display extraordinary performance and do more useful things [5].

As mentioned above, the happiness influences individuals' evaluation of themselves and their life, in order that cognitive aspects such as judgment and individual's vision of life satisfaction or emotional aspects such as mood or emotion are effective in response to multiple life events. Therefore, happiness is vital and critical as a positive concept for physical and psychological well-being and is defined as the overcoming of positive/negative emotions and as a focus on the emotional aspects of life's situations [6]. Happiness is often associated with desirable functioning in various social, educational and occupational contexts, as well as mental health and wellbeing. Also, people with high levels of happiness experience a purposeful life, seek personal growth, love the others and experience more satisfying relationships [7].

Also, the existence and enjoyment of happiness have a lot more positive effects in life. For example, according to studies, those who score high in the happiness criteria, are generally happy, optimistic and healthy people who enjoy being alive. They consider life as being worthwhile and are in peace and understanding with the world. On the contrary, those whose score low are pessimistic, sad, disappointed, and contradictory to the world [8].

Happy people feel safer, make decisions more easily, have a more cooperative mood and feel more satisfied with those who live with. They have better physical and mental health, longer lifespan and are more successful in terms of occupation. Also, they are more likely to use the opportunities available in various social life environments [9].

Therefore, according to the above, happiness is one of the important variables that determines the health and satisfactory performance of individuals and students as the active and young people of the country. In fact, the happiness is too important for students as a vibrant community who are involved with activity and trying to build their scientific and ethical foundations. Also, according to the fact that the academic period is exciting and challenging, and sometimes stressful for students, consideration of factors like happiness which plays a significant role in creating and sustaining the students' positive psychological states and their ability and quality of functioning is very important. Therefore, according to what mentioned above, the purpose of this study was to investigate the happiness of students in Shiraz University of Medical Sciences, Iran.

1. Demographic Questionnaire including age, sex, marital status, academic degree, field of study, semester and residence. This questionnaire is prepared by researchers in this study.

2. Oxford Happiness Scale: Oxford Happiness Inventory has 29 items and each item range from 0 to 3 which measures the level of individual happiness. The theoretical basis of this questionnaire is the definition of happiness by Argyle et al. [7]. The questionnaire was created by Argyle et al. and based on Beck Depression Inventory (BDI). Twenty one expressions of this questionnaire were taken from BDI and reversed and added to eleven questions to cover other aspects of mental health. Argyle et al. reported the reliability of Oxford Questionnaire using Cronbach's alpha coefficient of 90% and its retest reliability at 78% after seven weeks [10]. The simultaneous validity of this questionnaire was estimated 0.43 by using person's friend evaluation [11]. In a research conducted by Alipour et al., in order to verify the validity and reliability of the Oxford Happiness Index (OHI Argyle), it was shown that all 29 statements of this list had a high correlation with the total score [11]. The Cronbach's alpha for the whole list was equal to 0.91. The average score of Iranian subjects in the Oxford Happiness Index (42.07) was different from Argyle et al. findings (35.6). The findings showed that OHI is credible and valid to measure happiness in the Iranian community [11]. 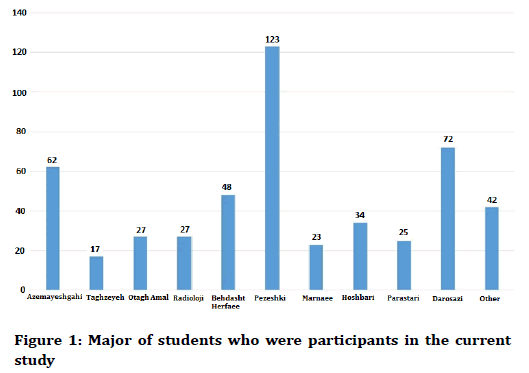 Figure 1. Major of students who were participants in the current study

Mean of Happiness among participants was 40.9 ± 13.1 (ranged from 2 to 87). Independent t-test showed that mean of Happiness among males was significantly higher than females (43.5 ± 15.0 and 40.1 ± 12.4, p=0.01). Although mean score of happiness among married students was higher than single ones, observed difference was not statistically significant (p=0.48). Moreover there was no significant difference between subgroups of residence status and age categories (p=0.17, p=0.15 respectively) in Table 2. After adjusting all the variables in linear regression analysis, the results revealed that gender is the only effective predictor of happiness as mean score of happiness for females was 3.19 lower than for males (p=0.02).

All the results of regression analysis were summarized in Table 3.

Based on the purpose of the present study, the results showed that the happiness rate among students of Medical Sciences University was moderate. This finding could be consistent with the findings of Sheikhmoonesi et al. [8], Moeini et al. [9] and Rafiei et al. [12] in different studies.

In explaining these findings, it can be stated that students of the University of Medical Sciences have the positive qualities because of their high level of intelligence and strong cognitive capacity, and on the other hand, these characteristics also help them to be more successful. However, Sheikhmoonesi et al. [8] express that some features are considered to be valuable in our society, therefore people try to pretend to possess these qualities (such as control over life, life satisfaction, intimacy with others, punctuality, impact on others, sense of commitment, etc.). Therefore, it is likely that participants in the research responded to the questionnaire only because of the value of these features and without any reason.

Another explanation that can be presented for the research findings is those students who are struggling to build their own future, are more likely to have a higher mental health, which brings them more happiness. As a result, increasing happiness and mental health may lead to more self-efficacy. Therefore, the sense of self-efficacy and effectiveness of these individuals increases in the fields of education which can lead to greater amount of happiness. Consequently, happiness makes life sweeter and provides a more suitable platform for the growth and prosperity of individual abilities in different fields, such as effective and efficient interpersonal relationships, life satisfaction, and higher academic satisfaction. Therefore, increase in happiness can be observed in different areas of life [13].

Also, the results of t-test analysis showed that happiness in male students was higher than female students, and the results of regression analysis showed that among the demographic variables, gender was the only predictor of happiness in students. This finding is inconsistent with the findings of Siamian et al. [14], Alipoor et al. [15] and Alavi [16], who found no significant findings between intersexual relationships and happiness, and is consistent with the findings of Francis et al. [17], Turner [18], Etemaad et al. [19] and Tavan et al. [20] in different studies.

It can be argued that considering the depression and the difference in the prevalence among women which is more common than men, achieving such a conclusion is justifiable. Also it can be stated that happiness resources are different in both genders. Men are more influenced by themselves, their careers, and economic satisfaction and women are most influenced by their children and the health of their families. Women are reported to have more negative emotions and depressions than men [14]. Similarly, Etemaad et al. [19], in their findings showed that negative emotions in females, such as shame and guilt, are negative predictors of happiness. The reason for the greater experience of feeling shame and guilt in women is the cultural and social factors and, of course, the physiological ones. The inconsistency of the findings of the present study with the older ones can be for various reasons, such as different study samples, applying different tools, different time periods and most important of all, cultural differences.

This study included some limitations which are important in generalizing the results. The limitations of this study are: the impossibility of using random sampling method, the impossibility of using qualitative study design, the failure to study the role of other psychological variables in students' happiness and the limited statistical population of the present study to students of Shiraz University of Medical Sciences. It is proposed to be cautious about generalizing the findings to other universities and cities. Therefore, it is suggested that the role of other psychological variables in the happiness of students from other cities and universities should be studied. Also, the role of demographic factors in comprehensive study of student happiness should be considered and in later research, longitudinal methods and mixed research projects (quantitative-qualitative) should be used considering the role of other psychological variables in student happiness.

This research was partially supported by Shiraz University of Medical Sciences. We thank all the students who participated and greatly assisted the research.