We grouped the patients with OAD as those diagnosed as:

Chronic Bronchitis and emphysema are the two diseases which go hand in hand and mostly co-exist in almost all the patients with these diseases with one of them as the predominant one and grouped by some as Chronic obstructive pulmonary disease (COPD), and is characterized by airflow limitation that is usually partially reversible in some patients only and progressive and associated with an enhanced chronic inflammatory response to noxious substances. Exacerbations and comorbidities contribute to the overall severity and prognosis in individual patients."

Chronic bronchitis—Chronic bronchitis is a clinical diagnosis and can be defined as a chronic productive cough on most days for three months in each of two successive years in a patient in whom other causes of chronic cough such as tuberculosis and bronchiectasis have been excluded. “COPD is a disease characterized by the partially reversible obstruction of the airways. The obstruction is usually progressive, with an abnormal inflammatory response to the noxious particles and gases, associated with systemic manifestations” [1-20].

Emphysema—Emphysema is a pathological diagnosis and can be defined as abnormal and permanent enlargement of the airspaces distal to the terminal bronchioles that is accompanied by destruction of the airway walls, without obvious fibrosis (ie, there is no fibrosis visible to the naked eye). Asthma - The Global Initiative for Asthma gives the following definition of asthma: "Asthma is a heterogenous disease, usually characterized by chronic airway inflammation. It is defined by history of respiratory symptoms such as wheeze, chest tightness, shortness of breath and cough that vary over time and intensity, together with variable expiratory airflow limitation” [21]. Bronchiectasis–Bronchiectasis is characterized by abnormal, permanent dilation and distortion of the bronchial tree, resulting in chronic obstructive lung disease. This condition is the result of a variety of pathophysiologic processes, usually including some combination of infection and impaired mucus drainage or airway obstruction. The condition may be confined to a single pulmonary lobe or segment or may involve multiple pulmonary segments or lobes.

Post-TB Bronchiectasis- In our study some patients who have taken treatment for Pulmonary Tuberculosis previously or have taken inadequate treatment showed variable amount of obstruction. Post-TB Bronchiectasis is manifested by irreversible dilatation of bronchi, destruction of elastic and muscular elements of bronchial walls. In this study we observe and relate the effects of bronchodilator i.e., Nebulized Salbutamol and FEV1 changes in the patients with OAD.

The present study “Effects of Bronchodilator in Obstructive Airway Diseases” was conducted in the Department of Pulmonary Medicine, Sree Balaji Medical College and Hospital, Chromepet, Chennai after obtaining the approval from Institutional Human Ethical committee.

A total of 40 patients were enrolled for the study. Patients aged between 18 years to 80 years visiting the outpatient department of Pulmonary Medicine were taken up for study. Detailed history of these patients was taken and patients with symptoms of breathelessness, cough, chest pain were asked to undergo Chest X-ray and Pulmonary function test. CT Chest was done in a few as and when required. Detailed history of smoking and other occupational exposures were also recorded. Thorough clinical examination was done. Patients were selected on basis of the following inclusion and exclusion criteria.

Patients more than 18 years of age.

Patients willing to be included in the study and willing for the investigations.

Patients with history of breathelessness with features suggestive of Obstruction in spirometry.

Patients who came with Acute Exacerbation.

Patients aged below 18 years of age and more than 80 years.

Patients unable to do spirometry.

An informed written consent was taken from all the patients enrolled in the study after a proper health education.

Patients who were fitting into the inclusion and exclusion criteria were taken into the study.

The following investigations were done in all the patients:

CT Chest as and when required.

Z=The value for the given confidence interval the confidence level is estimated at 95% Standard deviation 23.6 with a z value of 1.96

The confidence interval or margin of error is estimated at +/- 8 Assuming that 80 percent as power of the study, minimum sample size required for the study was calculated to be 34. In our study 40 subjects were chosen. 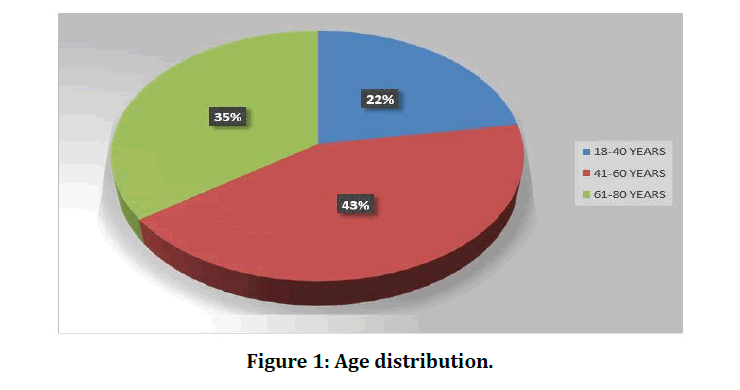 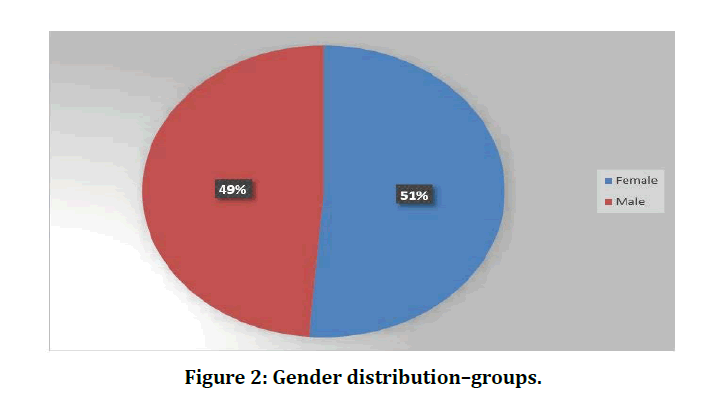 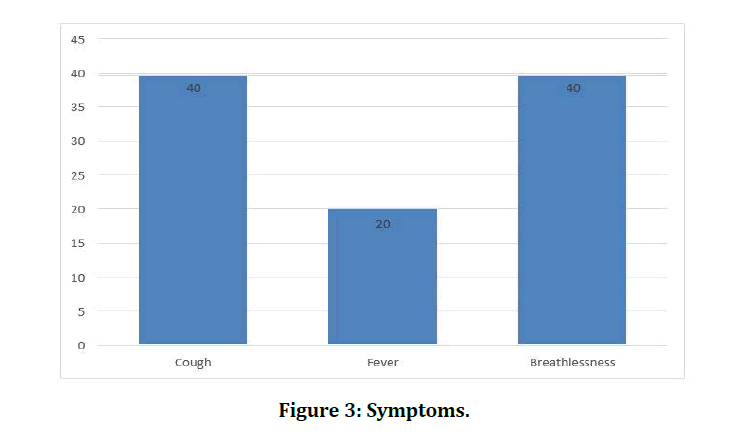 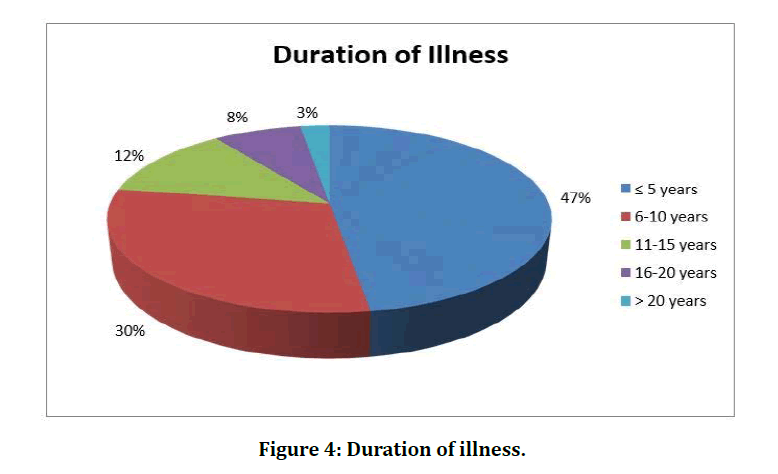