E Halleys Kumar and A Radhakrishnan*

To assess the haematological abnormalities a decompensated chronic liver disease this study. was conducted in sree balaji medical college and hospital. About 100 patients were admitted as inpatients and out patients were taken up to assess the haematological profile. First all the patients were evaluated for the diagnosis of cirrhosis. Once the patient has been diagnosed, patients underwent haematological profile. Investigations such as ultrasound abdomen, UGI scopy were done to confirm the diagnosis. Then blood investigations such as RBC, WBC, platelets, reticulocyte count, peripheral smear were done to find out the type of anaemia, nature of anaemia, type of RBCS, WBC count and defects in platelets. All the investigations were done and results are obtained. According to the study the type of anaemia which is more prevalent in cirrhosis is normocytic normochromic anaemia. Microcytic and macrocytic anaemia is more common m males in my study. Macrocytosis is more common in alcoholics. Leucocytosis occurs in patients due to repeated paracentesis and bacterial peritonitis and leucopenia occurs in only smaller number of patients. Eosinophilia is due to parasitic infections. Thrombocytopenia is present in cirrhotic patients.

Liver is the largest organ of the body, weighing 1-1.5kg and representing 1.5-2.5 percentage of the lean body mass. The liver is located in the right upper quadrant of the abdomen under the right lower rib cage against the diaphragm and projects for a variable extent into the left upper quadrant. The liver is held in place by ligamentous attachments to the diaphragm, peritoneal, great vessels and upper gastrointestinal organs. It receives a dual blood supply 20 percent of the blood flow is oxygen rich blood from hepatic artery and 80 percent is nutrient rich blood from portal vein arising from the stomach, intestines, pancreas and spleen. The majority of cells in the liver are hepatocytes, which constitute 213rd of the mass of the liver. Remaining cell types are kupffer cells, stellate cells, endothelial cells and blood vessels, bile ductular cells and supporting structures.

Cirrhosis is a condition that is defined histopathological and has a variety of clinical manifestations and complications, some of which can be life-threatening. In the past, it has been thought that cirrhosis was never reversible; however, it has become apparent that when the underlying insult that has caused the cirrhosis has been removed, there can be reversal of fibrosis. This is most apparent with the successful treatment of chronic hepatitis C; however, reversal of fibrosis is also seen in patients with hemochromatosis who have been successfully treated and in patients with alcoholic liver disease who have discontinued alcohol use. Regardless of the cause of cirrhosis, the pathologic features consist of the development of fibrosis to the point that there is architectural distortion with the formation of regenerative nodules. This results in a decrease in hepatocellular mass, and thus function, and an alteration of blood flow. Clinical features of cirrhosis are the result of pathologic changes and mirror the severity of the liver disease.

The grading and staging schemes vary between disease states and have been developed for most conditions, including chronic viral hepatitis, non-alcoholic fatty liver disease, and primary biliary cirrhosis. Advanced fibrosis usually includes bridging fibrosis with nodularity designated as stage 3 and cirrhosis designated as stage 4. Early and well-compensated cirrhosis can manifest as anorexia and weight loss, weakness, fatigue, and even osteoporosis as a result of vitamin D malabsorption and subsequent calcium deficiency. Decompensated disease can result in complications such as ascites, spontaneous bacterial peritonitis, hepatic encephalopathy, and variceal bleeding from portal hypertension Patients who have developed complications of their liver disease and have become decompensated should be considered for liver transplantation. Many of the complications of cirrhosis will require specific therapy. Portal hypertension is a significant complicating feature of decompensated cirrhosis and is responsible for the development of ascites and bleeding from esophagogastric varies, two complications that signify decompensated cirrhosis [1-21].

To asses the hematological abnormalities m decompensated chronic liver disease, the prevalence study was conducted in sree balaji medical college and hospital from 2011 to 2013.

About hundred patients were selected in random for this study , from patients coming to department of general medicine opd and ward patients.

All liver disease patients whose symptoms and signs persists more than six months.

• Blood investigations such as complete blood count, liver function test, UGI scopy and ultrasound abdomen were done for all the patients. ONCE the patients were confirmed as a case of decompensated chronic liver disease then the patients were said to undergo other tests such as RBC, Hb, WBC, platelets ,reticulocyte count and peripheral smear.

• Peripheral smear was done to find the type of anaemia.

• Oral and written consent of the patients got for the clinical examination and for the lab investigations.

• Presenting complaints of the patients were taken in detail such as abdominal pain, abdominal distension, and decreased urine output, yellowish discolouration of urine and eyes, loss of appetite, loss of weight, early satiety and fever.

• Past history regarding the presence of diabetes mellitus, systemic hypertension, ischemic heart disease, tuberculosis were all got from the patient.

• Personal history such as alcohol intake (amount and years) , smoking ( pack per day/ yrs), betel nut chewing were got from the patient.

• Family history of any liver disease was also noted.

• Patients were taken a detailed general and systemic examination.

Abdominal ultrasonography with Doppler is a noninvasive, widely available modality that provides valuable information regarding the gross appearance of the liver and blood flow in the portal and hepatic veins in patients suspected to have cirrhosis.

Ultrasonography should be the first radiographic study performed in the evaluation of cirrhosis because it is the least expensive and does not pose a radiation exposure risk or involve intravenous contrast with the potential for nephrotoxicity as does computed tomography (CT). Nodularity, irregularity, increased echogenicity, and atrophy are ultrasonography hallmarks of cirrhosis. In advanced disease, the gross liver appears small and multinodular, ascites may be detected, and Doppler flow can be significantly decreased in the portal circulation. The discovery of hepatic nodules via ultrasonography warrants further evaluation because benign and malignant nodules can have similar ultrasonography appearances [22].

After establishing the diagnosis patients were evaluated for hematological abnormalities .

All complete blood investigations were done in pathology laboratory in sree balaji medical college and hospital.

Done by sahlis method, based on the conversion of haemoglobin to acid hematin or acid analyser. normal values : male 14 to 18 gm/dl female 12 to 16 gm/dl.

UGI scopy was done at the medical gastroenterology department. Patient was explained about the procedure and side effects. Results were correlated for establishing the diagnosis. 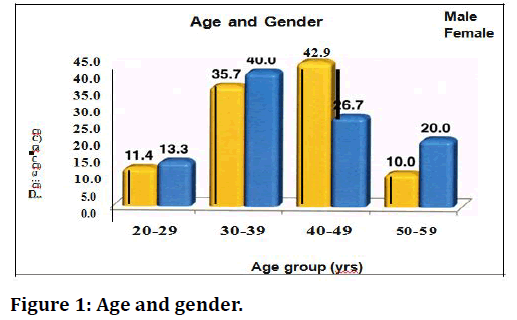 Table 3 showing WBC count in decompensated chronic liver disease patients. About 24 males (34.3 percent) and 12 females (40 percent) had leucocytosis. Only 3 males (4.3 percent) and 1 females (3.3 percent) had leucopenia. Leucocytosis is more prevalent than leucopenia in decompensated chronic liver disease patients in my study of about 100 patients. about 36 patients had leucocytosis and is due to Infection (community acquired infection, nosocomial infection, spontaneous bacterial peritonitis and secondary peritonitis due to repeated peritoneal paracentesis. about 30 to 40 percent of the patients with leucocytosis had high grade fever and showed increase in polymorphs in ascetic fluid. 4 patients had leucopenia and may be due to hypersplenism. Chronic inflammatory cytokines which has a suppresor effect on bone marrow. Direct action of alcohol on bone marrow infection.

• Severe thrombocytopenia is seen in 16 males and 6 females.

• 22 males and 12 females had mild to moderate thrombocytopenia

• There were no patients with thrombocytosis.

Folic acid and vitamin B12 deficiencies develop frequently in patients with cirrhosis. These deficiencies may be related to inadequate food intake or intestinal malabsorption. They are suspected when examination of a blood film reveals hyper segmented cells and oval macrocytes, m addition to round macrocytes characteristic of chronic liver disease. When anemia is caused by these deficiencies, the mean corpuscular volume 1s increased and bone marrow shows megaloblastic erythropoiesis. Consumption of alcohol appears to be associated with an approximately 40% reduction in the risk of development of iron deficiency anemia. Acute gastrointestinal haemorrhage 1s a common and potentially senous complication of portal hypertension [28-3l]. Acute haemorrhage may induce severe hypovolemia and subsequently secondary iron deficiency anemia. Esophageal and gastric vances and/or portal hypertensive gastropathy may be associated with slow chronic loss of blood into the gut and development of chronic iron deficiency anemia.The most important approach to management is prevention of variceal haemorrhage [28,30,31]. serum iron is bound to beta globulin transferrin and total iron binding capacity largely depends on transferrin concenteration. Acanthocytosis or spur cells can refer generally to the presence of this type of crenated red blood cell, such as may be found in severe cirrhosis or pancreatitis [32,33], they are a bad prgnostic indicator.these abnormal rbcs are not found in our study.

According to sheila sherlock leucopenia thrombocytopenia are commonly found in cirrhotics. Liangpunsakul et al [34] reported that the presence of severe hypersplenism independently predicted the development of variceal bleeding and death. eosinophilia is seen in association with parasitic diseases and also associated with hepatic vein thrombosis, hepatocellular carcinoma [35]. It is also seen in primary biliary cirrhosis. Disease of platelet number and function are well documented in patients with chronic disease contributing significantly to their hemostatic abnormalities [36]. Thrombocytopenia (platelet count < 150,000/L) 1s common in patients with chronic liver disease; it has been reported in as many as 76% of patients with cirrhosis [37,38]. The pathogenesis of the thrombocytopenia is complex; it includes splenic pooling, and increased destruction and impaired production of platelets. Impaired production of platelets is caused, at least in part, by low levels of thrombopoietin. Prolonged bleeding time, and impaired aggregation, reduced adhesiveness and abnormal ultrastructure of platelets reflect abnormal platelet function; these abnormalities have been attributed to an intrinsic platelet defect. Specific treatments to attempt to reverse the effects of this defect are not usually given, but platelet transfusions or platelet-stimulating agents have been administered in some cases. Felix et al [39] compared leukopenia and thrombocytopenia among patients treated with either a portocaval shunt or conventional medical therapy. Patients in the medical group did not receive beta blockers or nitrates. Thrombocytopenia improved in 43% of subjects in the surgical group compared with 0% in the medical group. Gschwantler et al [39,40] showed an, average increase of 19% in platelet count after the placement of TIPS compared with a 17% decrease in controls. In another previous study it is reported that a subgroup of patients that had TIPS placed for ascites in whom the platelet count increased by more than 25%.

This study was conducted for 100 patients coming to our hospital. 86 percentages of patients had anaemia in some form. Normocytic normochromic anaemia is most common type of anaemia present in our study in patients having cirrhosis. Microcytic anaeffila 1s more common m men than women in my study. Macrocytic anaemia patients gave history of alcoholism. Abnormal red cells such as microcytes, macrocytes, target cells, anisocytosis are found to be common in cirrhosis. As anaemia is prevalent in 86 percent of patients, it become essential that we screen all the patients with chronic liver disease for anaemia and treat accordingly to reduce morbidity and mortality. Leucocytosis 1s more common m patients with spontaneous bacterial peritonitis and secondary peritonitis. Hence a simple screening test like WBC count will help us to pick up infections like spontaneous bacterial peritonitis and secondary peritonitis and treat accordingly to reduce morbidity and mortality. Leucopenia is found to be rare in my study.

Thrombocytopenia is present in 48 percent of the patients, whereas no patients had thrombocytosis. Hence with this study all the cirrhosis patients should be screened for hematological abnormalities, and necessary investigations and treatment should be done to prevent morbidity and mortality. In my study 86 percent had anaemia, 36 percent had leucocytosis and 56 percent had thrombocytopenia. Which indicates that earlier diagnosis of hematological abnormalities in decompensated chronic liver disease patients would help us to treat patients earlier and prevent morbidity and mortality?

E Halleys Kumar and A Radhakrishnan*