In this study egg-shell Particles (ESP) was used as a reinforcement to make a polymer composite of poly (methyl methacrylate) PMMA as a polymer matrix. The composite samples then were subjected to four mechanical tests: the tensile test, the impact fracture test, the compression, and flexural strength tests. The first two tests showed fluctuation behaviour with a positive indication at 2% of egg-shell Particles addition. The other tests showed a greater response for within the addition of ESP content for the composite.

Polymer composites have been developed during the last decades and reached a highperformance level [1,2], made them capable to be used in different complex applications [3]. However, their limitations still need to be considered especially their impact on the environment, which drastically represented by the exceptionally long time required for biodegradation [4]. On the other hand, food waste become the most environmental problem in the Middle East region in the current days, despite all the creative solutions that have been applied on them in Europe and the other advanced countries. The problem comes from that the food waste cannot be recycled like paper, glass, and even plastic waste. Moreover, food waste may be a high toxic and causes serious health problems. The most solutions for this problem represented by using food waste as a planting fertiliser and/or biogas producer. In the current study, the author would like to introduce another solution for one of the most produced food wastes, which is the egg-shells. Generally, using of ESP in composites is not new in the field of scientific research since that a lot of researchers have accomplished studies on it. For example, Senthil and others studied the effect of ESP addition on the water absorption and the mechanical characterisation of the polyester- based composites [5]. They found that the addition of ESP deteriorates the composite mechanical properties, meanwhile increases the water absorption of the polymer composite. In contrast to this, Yashonant et al. found that adding ESP to the metallic composites such as aluminum can enhance their hardness and significantly reduce the density [6]. Their studies on the microstructure of the composite revealed a good bonding between the ESP and the metallic matrix. Similar study have been on another alloy composed of Al–Cu– Mg, reinforced with ESP have been achieved by Hassan et al. [7], who found that the mechanical properties such as hardness and tensile strength have been improved noticeably, with a great reduction in the density. However, their foundations revealed a reduction in impact energy. In this research, poly (methyl methacrylate) PMMA will be used as a matrix for the undertaken study. The authors hopping this polymer could give better characteristics if it reinforced with the ESP due to PMMA advantages [3].

Poly (methyl methacrylate) PMMA from Vertex™ Castavaria was used as a polymer matrix. Eggshells from domestic food waste were used as a reinforcement material. The egg-shells were collected and washed thoroughly to clean them from the other residues. Aftermath the shells were crushed and grinded using “Andrew James” coffee grinder within 150Watt powered motor and 70g capacity, to obtain a fine powder that will be added to the polymer matrix. The ESP was added within four different amounts as shown in Table 1. The reason of choosing these tiny ratios of the ESP is due to its extraordinarily little density that can causes excessed amounts in volume. Therefore, small amount of ESP was added to keep the volume fraction under control. Tensile modulus and Charby impact tests were then applied on the samples.

Table 1: Ratios of ESP reinforcements to the PMMA polymer matrix.

Where (P) is the highest load that the sample can take before break, L the distance between the two bending points, b is the sample width and d its thickness.

Compression test was also applied to find out the compression response of the samples under different loads.

Both tests showed similar or close behaviour. However, each test presented different measurement ranges according to the test conditions. Figure 1 reveals that ESP has a good effect on PMMA composite at such level of addition ranged from above 1% going up to 2%. After then, the sample exhibits poor tensile strength down to 3% and then settled at about 4%. These foundations are in a good agreement with the literature from other research such as [8], despite of using another type of polymer. 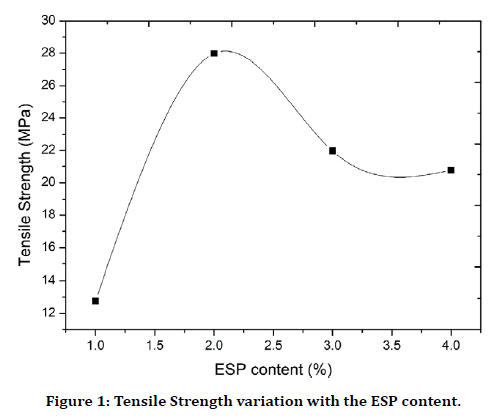 In regarding with the impact test, as mentioned above in general the sample undergone similar behaviour but with different range. Figure 2 illustrates this behaviour showing impact strength variation with the ESP content. As illustrated, the sample exhibits fluctuation between 2 KJ/m2 and 4 KJ/m2 with a peak recorded at 2%. 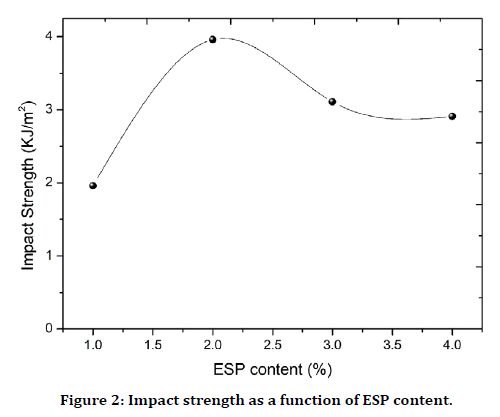 Figure 2. Impact strength as a function of ESP content.

Compression test shows a great response for the sample with the increase of compression load, indicating a good compression improvement with the addition of ESP as shown in Figure 3. At lower contents, the samples showing high similarity, but this convergence starts diverging after applying loads equal and higher than 1000N, which indicates no effect of ESP at lower loads, but high variation takes place at higher loads. The highest values of compression response recorded at 3% of ESP content. However, the other below contests show high convergence. 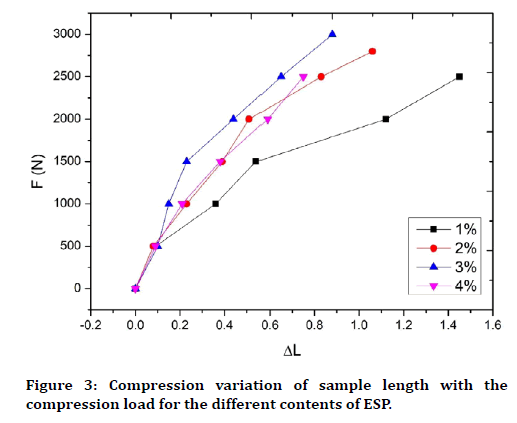 Figure 3. Compression variation of sample length with the compression load for the different contents of ESP.

Flexural strength data are illustrated in Figure 4. It can be shown that the samples exhibit increases in their flexural strength with the ESP content. However, this increase dose not continue but it starts decrease at above 3% of ESP. This reveals that ESP addition has a limitation on the bending of the composite, above which the sample become weaker and no longer improve. 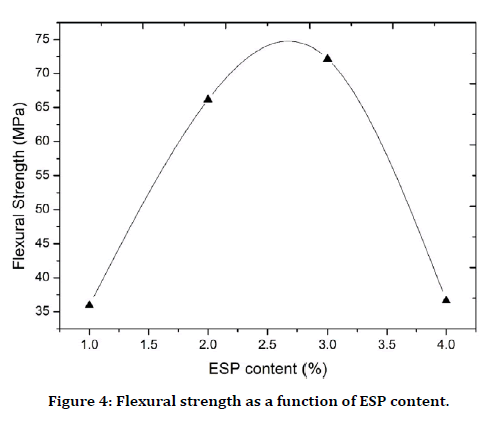 Figure 4. Flexural strength as a function of ESP content.

Overall, all tests showed promise data in that ESP has a good effect on the mechanical properties of PMMA- composites. However, some of them have different effect than the others. Both of tensile and impact tests showed that the addition of ESP can enhance PMMA composites but with limits of concentrations to not exceed 2%. The other tests i.e., flexural and compression tests showed higher limitations of the ESP contents.