Knowledge and Attitude of Antenatal Care Among Females in Majmaah, Saudi Arabia

Background: Antenatal care (ANC) is the care provided to a pregnant woman from the time that conception is confirmed until the beginning of labor. Antenatal care aims to assist the woman in remaining healthy and thus aiding the health of the unborn baby.

Aim: To assess the knowledge, the attitude of females in Majmaah, Saudi Arabia, about Antenatal care.

Conclusion: There was an adequate knowledge among women in Majmaah, Saudi Arabia regarding antenatal care is adequate. Women had a positive attitude towards antenatal care. Age was affecting the level of knowledge and attitude.

Antenatal care (ANC) is the care provided to a pregnant woman and starts from the time of confirmed conception until the beginning of labor. The goal of antenatal care is to maintain the health of the woman and thus aid the health of the unborn baby. Antenatal care should also provide guidance and support to the pregnant woman and her partner or family to help them in their transition to parenthood. This implies that both care and education are required [1]. ANC is essential to reduce the infant and maternal mortality and morbidity during birth and pregnancy by monitoring and treating complications [2]. It was shown that antenatal care improved the quality of the mother's life and reduced the risk of stillbirths and pregnancy complications [3]. Supplementation of calcium, folic acid, and important vitamins during the antenatal period with providing pregnant with care and information will assist the mother and the family to overcome the complications of pregnancy and promote breastfeeding [4,5]. Although antenatal care is important to improve maternal and infant health, some studies found that women often only start antenatal care after the first three months of pregnancy and do not achieve the recommended number of antenatal care visits, and some of them don't seek antenatal care at all [6].

During pregnancy, the women should visit the ANC clinic four times which increase the chance for good skills, with additional appointments in the presence of having any complications, the first appointment should be within the first 4months of pregnancy [7,8]. However, several females around the world don’t attend or aren't offered for ANC [9]. In Saudi Arabia, although the ANC is available with at least eight appointments offered for uncomplicated pregnant women, the low attendance of women is significantly noted [10]. In Majmaah, the planning and follow-up after pregnancy are not common because of traditional reasons or less awareness about antenatal care, so this study was conducted to assess the knowledge, attitude, and practice of females regarding antenatal care in Majmaah, Saudi Arabia.

This is a cross-sectional institutional-based study that was conducted on females who were working or studying or wives of employees at Majmaah University, KSA. The study continued for six months. Participation consent was taken from women participated in the study; they were briefed about the aim and objective of the study and the advantage to them as well as to the community due to their participation. All information was kept purely confidential and was only used for research purposes.

A close-ended questionnaire was used to collect data in a time-bound manner by a presented performed interviewee. The questionnaire included questions about demographics, knowledge, and attitude.

The data was entered and analyzed using IBM SPSS Statistics for Windows, Version 25.0. Armonk, NY: IBM Corp. Frequency and percentage are reported for categorical variables. Pearson- Chi-Square was applied to observe associations between qualitative variables. A p-value of less than 0.05 was considered as statistically significant.

This study included 244 females; the details of female’s demographics are shown in Table 1. Females with the age range of 20-25 were more dominant age group 101(41.4%). Almost all participants were Saudi females 239(98%), except for five participants only (2%). The majority of women had higher education 180(73.8%), whereas more than half of participated women (61.5%) reported that their husbands’ education was university. There were 77(31.6%) reported family income of 5-10 thousand SR, whereas 80(32.8%) didn’t report any answer, the remaining percent reported higher family income.

By investigating the level of knowledge of participants, there was 61.5% showed excellent knowledge, 31.1% showed good knowledge, whereas 3.5% showed poor knowledge, Figure 1. 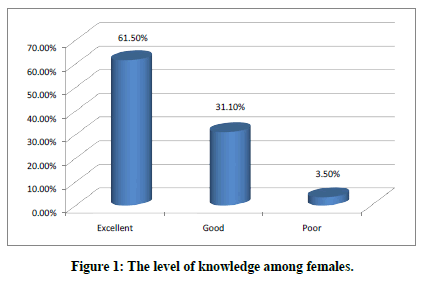 Figure 1. The level of knowledge among females. 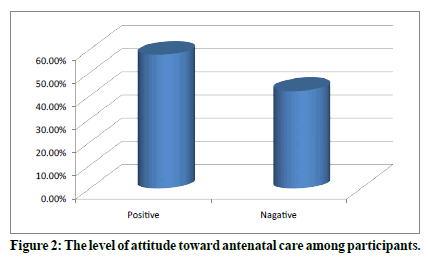 Figure 2. The level of attitude toward antenatal care among participants.

Gestational diabetes mellitus is a risk factor during pregnancy that affects the health of women; it is rising among pregnant females and associated with hypertensive disorders [15]. Caffeine which is present in coffee has a strong pharmacological effect especially on pregnancy, and it is associated with abortion, preterm birth and fetal growth restriction but still the effect on the unborn fetus remains unclear, and the studies found that daily intake of more than 300mg of caffeine is possibly associated with an increase in gestational age at birth [16]. Neural tube defects are amongst the most common birth defects worldwide. Although the role of folic acid in preventing neural tube defects (NTDs) is well documented. Many pregnant women were not aware of the importance of folic acid supplementation in the prevention of NTD and the studies found that low awareness about the importance of folic acid in pregnancy [17].

A study from Riyadh reported that the level of awareness of Saudi pregnant women is required to be increased; only half of the participants knew the correct reason for taking folic acid [17]. Another study from Riyadh reported that Saudi pregnant women had high knowledge about folic acid, and the main source of information was doctors [19]. Another study from Madina revealed that most women 89% believed that the use of supplements during pregnancy could prevent some problems [20]. A study from Abha showed that during ANC visits, females were informed about the importance of vitamins and folic acid supplementations and provided them information about the importance of breastfeeding [7]. This shows the importance of ANC to improve women's attitude and health. A study from rural areas of Aligarh reported that all participated women knew that blood pressure should be recorded [11].