Maxillary Midline Frenum Morphology and its Variations in Saudi Children

Aim: The aim of this study is to evaluate and determine the different types and attachment level of maxillary frenum in Saudi children.

Materials & Methods: A total of 200 children (males=93; females=107) with age ranging from 2-14 years were included in the study. The examination comprised of gently distending the maxillary lip and performing a direct visual examination under natural light. Photographs were taken from the frontal view, left lateral view and right lateral view. The pictures were scored and tabulated. Both descriptive and analytical statistical measurements were done. Results: In this study 200 children included whose ages ranged from 2 to 14 years old with mean age of 7.7 ± 3.2 years. About half of the children aged 6-10 years (51%). 107 (53.3%) children were females and 93 (46.7%) were males. As for frenum type, Gingival frenum was the most detected (63.0%; 126) followed by papillary frenum (14.5%; 29), Papillary penetrating (13.5%; 27), and mucosal (9.0%; 18).

Conclusions: Gingival frenum was the most detected followed by papillary frenum, Papillary penetrating and mucosal. 64.5% of females had gingival frenum compared to 61.3% of males. Thus, current research attempts to include insight into the need for immediate early analysis of abnormal frenum in avoiding the emergence of periodontal and orthodontic issues.

The median maxillary labial frenum (MMLF) is really a thin fold of mucous membrane with enclosed muscle fibers from orbicularis oris muscle of upper lips that attach at the lips to the alveolar mucosa and underlying periosteum. It is seen underside of the biggest market of the upper lip that connects to the midline of the connected gingiva between the main incisors. It adapts to the normal motions of the lip [1]. Much like all body parts, MMLF has demonstrated variants and anomalies [2]. It is put through variations in form, size, and position through the various phases of growth and advancement. In small children, the frenum is normally wide and thick, getting thinner and smaller sized during growth and finally, it will diminish in proportions and significance [3]. The frenum will migrate apically because of the eruption of main incisors, growth of maxillary sinus as well as the vertical development of alveolar procedure. The MMLF can be a posteruptive remnant of the tectolabial bands [4]. Histologically, the MMLF includes a stratified squamous epithelium that addresses extremely vascular, loose fibrous connective cells having an abundance of elastic fibers [5].

During intraoral clinical examination of children, the dentist provides hardly any significance for frenum exam, that is assessing its morphology and attachment. However, the dental professional should become aware of the current presence of abnormal frenum because of various clinical problems connected with it like as lack of papilla, economic downturn, midline diastema, interference with oral hygiene (that is a nearby anatomic element for plaque accumulation and retention), misalignment of tooth and afterwards in existence, influence the denture match or retention [6]. This aberrant frenum could be detected visually, through the use of pressure over it to start to see the motion of papillary suggestion or blanching of interdental papilla created because of ischemia of the spot. The literature showed numerous complications caused by oral piercings [7]. Of the various piercings in the mouth area, MMLF piercing can be popular and can bring about complications. Besides that, lack of frenum is connected with Holoprosencephaly, while bifid frenum is connected with W syndrome [8]. The aim of this study is to evaluate and determine the different types and attachment level of maxillary frenum in Saudi children.

A total of 200 children (males-93; females-107) with age ranging from 2-14 years, who are walk-in patients to the Pediatric Dentistry Clinic were included in this study. The children were divided into 3 groups such as 2-5 years old, 6-10 years old, and 11-14 years old. A pilot research was performed to guarantee the feasibility of the study methodology. A particular proforma was found in the pilot research and changes were designed to the proforma to improve the disadvantages of it. Demographics features of the patient, which include name, age, and sex, were also documented.

The examination made up of gently distending the maxillary lip and performing a primary visual examination under day light. Photographs were extracted from the frontal view, left lateral view, and right lateral view. The photos were used once the picture of the frenum was in focused. This was standardized through the entire study. The pictures were then used in a laptop and viewed completely screen mode. The images were obtained by one calibrated dental professional. MMLF attachment has been examined in accordance with earlier authors [9].

All the standard preventive and safety measures were taken during examination of the child like checking temperature, sterilization, use of proper mouth mask, Gloves, PPE kit, and others, to prevent spread of corona virus in this pandemic period.

After data were collected, it was modified, coded, and entered to statistical software IBM SPSS version 22 (SPSS, Inc. Chicago, IL). All statistical analysis was done using two tailed tests. P value less than 0.05 was statistically significant. Descriptive analysis based on frequency and percent distribution was done for all variables including demographic data, and type of frenum. Cross tabulation was used to test for the distribution of frenum type by children age and gender. Pearson chi-square test was used to test for relations significance. 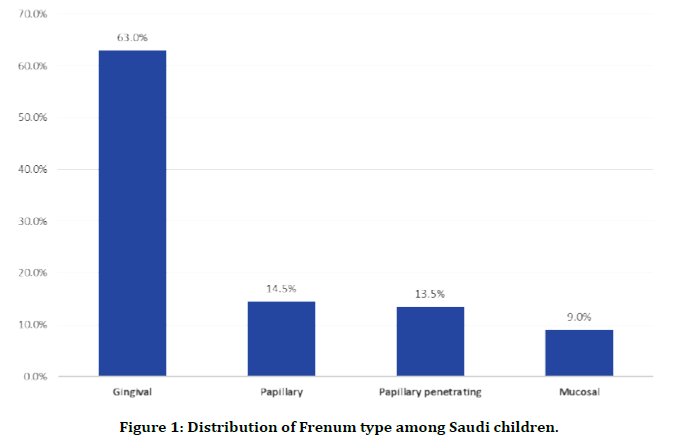 Table 2: Distribution of Frenum type by children age and gender. 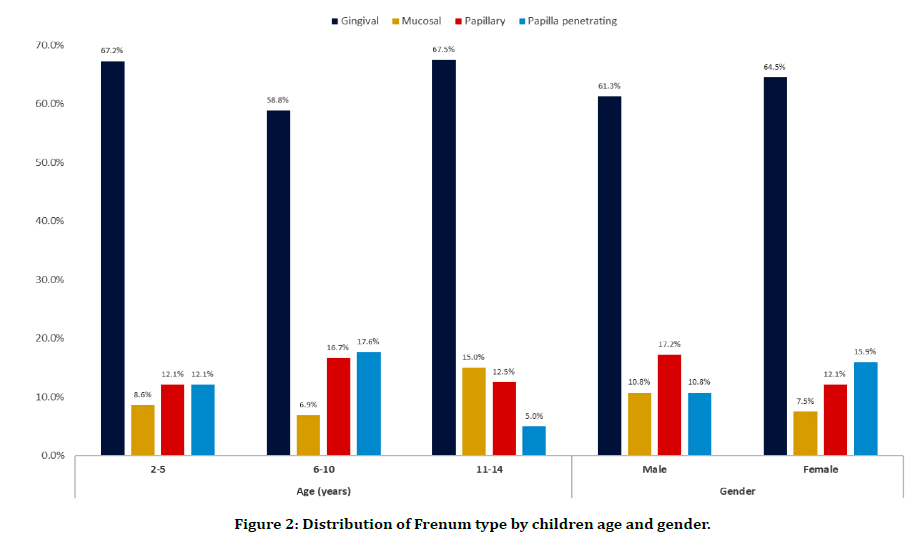 Figure 2. Distribution of Frenum type by children age and gender.

With regard to gender, 64.5% of females had gingival frenum compared to 61.3% of males. Papillary penetrating type was detected among 15.9% of females in comparison to 10.8% of males with no statistical significance (P=0.471).

Many dentists have no education regarding the variations of MMLF, misinterpreting them as pathological entities. Certain number of misunderstandings is present in classifying of frenum types, resulting in difficulties in analysis and therapy planning. In today's research, the forms of maxillary labial frenum in various age ranges were assessed, also it was discovered that Gingival frenum was probably the most detected (63.0%; 126) accompanied by papillary frenum (14.5%; 29), Papillary penetrating (13.5%; 27), and mucosal (9.0%; 18). Mucosal and gingival sorts are the most popular [10] referred to as regular but papillary and papilla penetrating attachments as pathological. The kind of frenulum is transformed with age also it migrates nasally during development and teeth eruption [11]. It's been reported that whenever the attachment of a maxillary frenum is quite pronounced and in addition shows a crestal insertion stage near to the gingival margin of the incisors, it could withdraw the marginal gingiva or papilla, thus adding to the initiation or progression of periodontal illness. Furthermore, oral hygiene methods may be challenging, and the accumulation and retention of plaque could be promoted once the periodontal wallet is pulled and opened up, allowing food particles to get into more easily [12].

Enlarge upper lip frenulum caused medical problems [13]. Apart from diastema, overgrown frenulum may hinder brushing tooth and trigger caries of upper central incisors specifically in children [14]. Furthermore, periodontal problems could possibly be due to enlarged frenulum, specifically in instances when pulling the upper lip caused shifting and blanching tissue between your main incisors, what entail gums recessions later on [15]. During orthodontic, but additionally restorative treatment, of diastema big frenulum prevents closure of diastema and may trigger relapse of diastema [16]. Literature screening shows one retrospective observational research (quality 3B)30 and three case reports (grade 4) [17]. The maxillary frenum could be unintentionally torn in falls through the first stages of walking, in automobile accidents with airbag deployment,34 or after cardiopulmonary resuscitation. Nevertheless, various case reports declare that tears of the frenum are probably one of the most regular intraoral findings in child abuse [18]. There are many syndromes explained in the literature that characteristically exhibit variants of typical of maxillary midline frenum phenotype Like instance Ehlers-Danlos Syndrome, Orofacial-electronic syndrome, Turners Syndrome etc [19]. Reviews of frenal anomalies leading to difficulties inside speech, mastication, esthetics, and servicing of oral hygiene have already been well recorded inside the literature [20]. MMLF is known as to become a complicating element in denture construction.

A stylish well-balanced smile and assured speech are the most effective assets for the correct psychosocial development of a person. A frenum that's near to the gingival margin intervenes the pronunciation of particular words and phrases in addition to a good smile [21]. This research also discloses that the papillary and papillary penetrating forms of frenum are frequently seen in Course III skeletal pattern. Therefore, an early on diagnosis and prompt therapy of the extravagant frenum will intercept the building skeletal Course III malocclusion along with other mucogingival problems [22].

Gingival frenum was the most detected followed by papillary frenum, Papillary penetrating and mucosal. 67.5% of children aged 11-14 years had gingival frenum compared to 67.2% of those who aged 2-5 years and 58.8% of children aged 6-10 years. Regarding gender, females had more common gingival frenum morphology compared to males. 64.5% of females had gingival frenum compared to 61.3% of males. Thus, current research attempts to include insight into the need for immediate early analysis of abnormal frenum in avoiding the emergence of periodontal and also orthodontic issues. clinician examining the anatomy of the maxillary labial frenum need to consider the age group of the kid under exam and the chance that the morphology of the frenum attachment may modify because the child grows older.