Objective: Necrotizing fasciitis (NF) is a prolong inflammation of the soft tissue and prevalent with higher morbidity and mortality. The treatment would be based on the surgical debridement and antibiotic therapies.

Methods: All cases of Necrotizing fasciitis admitted in Sree Balaji Medical College & Hospital, Chennai-44 between the period of November 2014 and October 2016 were included in the study. The diagnosis was made by combination of clinical and gross anatomical findings, biochemical characterization, and microbiological evaluation.

Results: The male predominance was found among the patients. The pain was presented as most common symptom (95%) and mean duration was 10.08 days. Trauma contributed as most common etiological factors (30%) and Diabetes mellitus was the most common associate comorbid condition (38.3%) in patients, followed by hypertension in 18 patients (30%). The culture was monomicrobial in 37 (61.7%) patients, polymicrobial in 22 (36.7%) patients and sterile in 1.7% of patients. 86.7% of isolates were aerobic and 13.3% were anaerobic in nature. E. coli was the commonest bacteria among the patients.

Conclusions: In severe cases the combination of necrotic skin and soft tissue gas facilitates the correct diagnosis, which should than be followed by immediate - and most often-repeated debridement. The anaerobes are isolated an early and aggressive second look is necessary. The finding of the study would be especially useful for therapeutic planning.

Necrotizing fasciitis is a progressive, quickly spreading inflammatory infection located in deep fascia usually occurring in skin and subcutaneous tissue and could spread over to adjacent soft tissues such as muscles (i.e., necrotizing myositis). It propagates to other sites via the blood vessels and resulting in severe shock, organ failure and death. Its prevalence is higher in adults than the children (0.4 and 0.08/100,000 for adults and children respectively). The incidence is seemed to be increased in recent years due to altered physiology such as immuno deficiency, diabetes mellitus, complement C4 deficiency, AIDS, malignancies, and drugs etc.,

The diabetic patient usually faces complications such as large vessels atherosclerosis, micro vascular disease of diabetes and diabetic neuropathy. The patients with vasculopathy and neuropathy are more prone to predispose for foot ulceration. Prolonged ulcers lead to the microbial contamination at the sites and eventually resulting in deep site necrosis and complex infectious process. The diabetic neuropathy leads to neuron loss, pressure ulceration and inadequate cutaneous blood supply. These change the net results for higher secondary invasive infection. These lesions enter into the deep spaces of the leg; true climbthreatening circumstance exists. Each factor that influences the health and integrity of the skin or mucus membranes can result in penetration of infection. Primary infection can penetrate due to skin trauma, infected needle in intravenous drug abusers or previous dermatological diseases such as psoriasis and Bed sore. Mucosal membranes in gastrointestinal or genitourinary systems are the other routes of infection [1-9].

The present study aimed to identify the frequency of Necrotizing Fasciitis in Sree Balaji Medical College and Hospital, Chrompet, Chennai for determining the effective therapeutic strategy on necrotizing fasciitis.

The present study is a kind of descriptive study on Necrotizing fasciitis and involved a single group of patients admitted in Sree Balaji Medical College & Hospital, Chennai between the period of November 2014 and October 2016. The study was conducted after the proper ethical approval.

All cases of Necrotizing fasciitis admitted in Sree Balaji Medical College & Hospital, Chennai-44 between the period of November 2014 and October 2016.

All patients with necrotizing fasciitis leaving before the completion of the treatment.

Patients with Necrotizing fasciitis were included in the present study. The diagnosis was made by combination of clinical and gross anatomical findings during the surgery. Demographic data was collected and the pre medical history such as diabetes mellitus, antibiotic usage was recorded. The vital parameters and physical examination was performed to look for any bullae formation. The blood parameters such as Hemoglobin, Platelets, RBS, Urea, creatinine, Sodium and Potassium levels, Radiograph were done to analyze the subcutaneous gas formation. Treatment including hemodynamic stabilization, blood-spectrum antibiotics and aggressive wound debridement were given to the patients. The microbial culture and sensitivities were taken from the infected wound during debridement or fasciotomy, particularly to test for aerobic and anaerobic organisms. The Microbial analyses were adopted from the CLSI (Clinical and Laboratory Standards Institute) guidelines. The tissue sample or the wound swab was inoculated in RCM (Robertson's Cooked Meat) media for further anaerobic culture and identification.

The present study was carried out with 60 patients diagnosed with Necrotizing Fasciitis admitted to Sree Balaji Medical College and Hospital, Chromepet. The age of the studied patients was ranged between 29 -81 years. There were 49 males and 11 females, the male: female ratio being 4:45:1. The mean age was 50.42 ± 17.31 years. Maximum cases were above the age of 50 years (Table 1 and Figure 1). The occupation plays a significant role in diseases. In the present study, out of the 60 patients, 17 (28.3%) were farmers by occupation. 10 (16.7%) were housewives (Table 2). The study showed that the disease severity could be correlated with the occupation.

Table 1: Age and gender distribution of necrotizing fasciitis in the study.

Table 2: Occupation of patients participated in the study. Figure 1. Age of the participated Patients in the study.

Table 3: Site of infection in the patients (Confidence Interval with lower limit more than 50% was associated with statistical significance).

Table 4: Symptoms at Presentation in the patients.

Table 5: Duration of symptoms in the patients.

Table 6: Signs in the patients.

Table 7: Etiology in the patients. Figure 2. Site of infection in the patients. 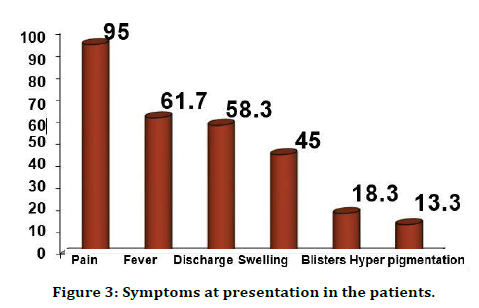 Figure 3. Symptoms at presentation in the patients.

Figure 4. Duration of symptoms in the patients. Figure 5. Signs in the patients. Diabetes mellitus was the most common associate comorbid condition comprising of 23(38.3%) patients, followed by hypertension in 18 patients (30%). Two of the patients in this study were HIV positive (Table 8 and Figure 7). The laboratory parameters were evaluated. It was observed that 11(18.3%) patients had hemoglobin <10gm%, 18(30%) has RBS >180md/dl, 14(23.3%) had serum creatinine>1.6mg/dl and 9(15%) with sodium levels. <128mEq/l, which are all risk indicators as describes by a recently developed Laboratory Risk Indicator score for necrotizing fasciitis (LRINEC)by Wong et al. [6] (Table 9 and Figure 8). The culture was monomicrobial in 37 (61.7%) patients, polymicrobial in 22 (36.7%) patients and sterile in (1.7%) patients. Among these 52 (86.7%) isolates were aerobic and 8(13.3%) were anaerobic. (Table 10 and Figure 9). The commonest bacteria isolated were E. coli in 21(35%) patients followed by P. Aeruginosa in 14(23.3%) patients and L. Pneumonia in 11(18.3%) patients (Table 11). Patients were initially given broad spectrum antibiotic combination with second or third generation cephalosporin +/- aminoglycosides+metronidazole followed by culture-based antimicrobials. The present aimed to analyze the incidence and prevalence of Necrotizing fasciitis in hospitalized patients. Necrotizing fasciitis usually associated with hypotension, fever, tachycardia, tachypnea and laboratory findings of leukocytosis and metabolic acidosis are indices of development of sepsis. Our study showed that age was one of the main factors to determine the severity of the disease. The results also revealed the male predominance, and it might be due to increased incidence of trauma and outdoor activity. Our results coinciding with the previous studies by Wilkerson et al. [10] and Childer et al. [11]. Necrotizing fasciitis is known to follow minor trauma, insect bite, pustule or minor operations, anorectal abscess, instrumentation, septic abortion, genitourinary infection. In our study majority of the patients had a predisposing factor and majority (30%) was due to trauma. No etiological factor was present in the patients. Primary or idiopathic Necrotizing fasciitis occurs in the absence of a known or identificable etiologic factor. The underlying pathogenesis of idiopathic Necrotizing fasciitis is still unknown.

These findings were coincidence with Mukhopadhyay et al. [12]. In our study, lower limb (53.3%) and perineum (30%) were the commonest site involved. Other studies did not show similar results, perineum being the most common site. There may be a difference in the orunary site of infection due to a difference in the hygiene level. But Tian et al. [13] had shown the infection to be more common in the lower limbs, similar to our study. Diabetes mellitus was the most common co-morbid condition in our study (23%) which is co-relating with the previous report by Kobayashi et al. [14]. Other co-morbid factors associated with necrotizing fasciitis include chronic alcoholism, drug abuse, corticosteroid use, immune-suppression, AIDS, malignancy, chronic obstructive lung disease, chronic venous or lymph insufficiency, obesity, malnutrition, peripheral vascular diseases, tuberculosis, and leprosy. In our series, other co - morbid factors noted were: hypertension in 18 patients (30%), CKD in 9(15%), COPD in 8(13.3%), CAD in 6(10%), Cirrhosis in 3(5%), Tuberculosis in 2(3.3%). Two patients were HIV positive. Tian et al. [13] reported similar previously.

In our study majority of the patients (61.7%) had mono microbial infection. This does not correlate with other studies which showed that polymicrobial infection as the main flora. Among these 52 (86.7%) isolates were aerobic and 8(13.3%) were anaerobic. In our study E. Coli was the commonly identified and E. Coli was the most common bacterium isolated from necrotic tissue of diabetic patients. Others also demonstrated that E. Coli was one of the four common organisms isolated from Type I necrotizing fasciitis. Pseudomonas aeruginosa can be a fatal cause of necrotizing fasciitis. According to other studies P. aeruginosa was the most frequently isolated bacteria which represented 85% of 39 patients with necrotizing fasciitis. Broad spectrum antibiotics against gram positive, gram negative and anaerobic bacteria should be started early during treatment before culture reports are available. According to Wipf et al. [15] the single most important determinant of survival is the amount of time elapsed between initial presentation and surgical debridement. The present study had revealed the incidence and precaution measures for effective treatment on Necrotizing Fasciitis.

Necrotizing Fasciitis is a life-threatening soft tissue infection, characterized by severe necrosis and require critical diagnosis is critical to the survival of the patient and must rely on the clinical picture. The present study systematically analyzed the demographic relations, comorbidities, and related pathogenesis. This study showed that effective management of diabetes could be a suitable way to reduce the severity. Further, it showed the role debridement in eradicating the disease. These findings will be useful in treatment of NF.