Aim: Ideally all orthodontic appliances are to be sterilized before using it on patients to prevent any iatrogenic infection. However, this is not followed in daily practice. Contamination of unused orthodontic brackets could be due to unhygienic practices during manufacturing, packaging, delivery and maintaining stocks in orthodontic offices. Hence this study is aimed to find out if the unused orthodontic brackets are microbe-free to be used in patients. The secondary aim of the study is to evaluate the disinfecting efficacy of two commonly used disinfectants- povidone iodine and glutaraldehyde on brackets which were uniformly contaminated.

Materials and Methodology: Ten bracket samples from ten different manufacturing brands were used in this study. One bracket sample was chosen as the control group. Ten bracket samples were subjected to microbiological tests to find out the growth of bacteria. Brackets that were positive for microbial growth were contaminated uniformly and then disinfected with 10% povidone iodine and 2% glutaraldehyde to evaluate the efficacy of disinfectants

Conclusion: Results of the study suggest a recommended and viable procedure to disinfect the brackets before using them on patients. This simple procedure of disinfecting for a short duration of ten minutes would go a long way in preventing the iatrogenic transmission of infection.

This study was undertaken to find out if the brackets purchased from manufacturers or dealers are proven to be contamination free before using it directly in patients. Is the freshly purchased brackets microbe free to prevent any iatrogenic infection? There is not much evidence available in the literature regarding microbial contamination of freshly purchased brackets. The morphology of brackets is designed in such a way that it can retain plaque. The human oral cavity contains several distinct microbial habitats, such as the teeth, the cheek, the lips, the tongue, the gingiva, the gingival sulcus, and the hard and soft palate [1]. These habitats that act as reservoirs for several pathogenic organisms cause systemic infection and increase the risk of crosscontamination. Introduction of fixed or removable orthodontic appliances in the oral cavity may cause specific variations in the oral microflora by decreasing the pH, increasing the dental plaque accumulation and raising the microbial count in saliva. Further, these changes contribute to the increased risk of cross-contamination. Among all of the microorganisms, gram-positive Staphylococci are considered as the major cause of nosocomial infections. Heat sterilization and disinfection are the effective methods to eliminate microorganisms causing contamination. However, literature has reported chemical disinfection to be more effective in reducing contamination when compared to heat sterilization. Glutaraldehyde, hydrogen peroxide, alcohol, and chlorhexidine are the disinfectants commonly used in the chemical sterilization process [2]. Several in vitro and in vivo studies reported microbial contamination in orthodontic appliances received directly from the manufacturers. However, only a few brands of brackets have been tested for its microbial contamination. Although the instruments used in dental practice are adequatelysterilized, this is not factual for orthodontic appliances, such as brackets, bands, and arch wires. As a responsible clinician, the objective is to break the circle of infection by avoiding contamination [3].

Based on these observations, the present study was conducted to

To assess the efficacy of two commonly used in vitro disinfectants using gluteraldehyde and povidone iodine on the selected brackets after they had been universally contaminated with microflora.

The null hypothesis is that there is no microbial contamination of orthodontic brackets when received from the manufacturer or dealers [4].

Ten different brands of brackets were included in this study for testing the microbial contamination (five international and five domestic brands) In this study various other brands were included to assess contamination. All of them were bought from the manufacturers and suppliers and these bracket kits were checked for any damage that could possibly affect the results of the study [5]. This study was carried out in the Nanobiomedicine Lab, Saveetha University. The bracket kits were kept in a laminar airflow chamber to ensure a sterile environment for opening of the bracket kits. Each of the bracket kits were carefully opened inside the laminar airflow chamber and one left premolar bracket from each of the ten bracket kits was carefully withdrawn for testing the microbial contamination using an autoclaved bracket holder.

These brackets were segregated into ten groups that included one left premolar bracket from each brand. All the ten samples were subjected to microbiological tests to evaluate microbial growth. The brackets were immersed individually in a cotton plugged test tube with sterile distilled water and mixed thoroughly for 10 minutes [6].

Each of the test tubes was labelled individually with the brand name that held the respective bracket. A swab of the sterile distilled water with brackets is collected and the organisms were allowed to grow in nutrient agar media and incubated for 24 hours at 37°C evaluate bacterial growth. Bacterial Colonies formed were counted after 24 hours of incubation [7-9].

The second aim of the study was to find out the disinfecting efficacy of two commonly used disinfectants i.e. 2% gluteraldehyde and 10% povidone iodine after being uniformly contaminated with saliva. All of the brackets included for testing the microbial contamination was uniformly contaminated with saliva collected from an orthodontic patient that were found to have both gram positive and gram negative bacterial flora and they were divided into two groups, iodine and gluteraldehyde group. After purposeful contamination of brackets five of the ten contaminated brackets were immersed separately in 10% povidone iodine and the other five contaminated brackets were immersed separately in 2% gluteraldehyde for 10 minutes After 10 mins the brackets were washed with distilled water and mixed thoroughly in a test tube of sterile water for 10 minutes

A swab was taken from each of these test tubes and organisms were allowed to grow in nutrient agar plates, incubating it at 37°C for 24 hrs. After 24 hrs colony forming units were counted (Figure 1-7). 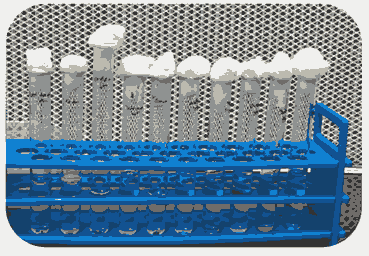 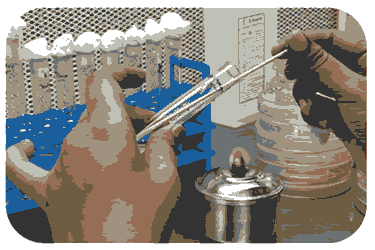 Figure 2: A swab of the thoroughly mixed distilled water with bracket is collected. 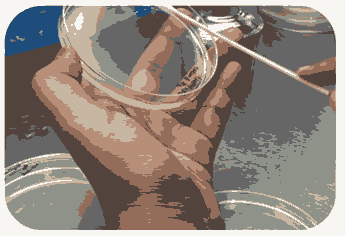 Figure 3: The collected swab is cultured in nutrient agar plates.

Figure 4: CFU units were counted at the end of 24 hrs. 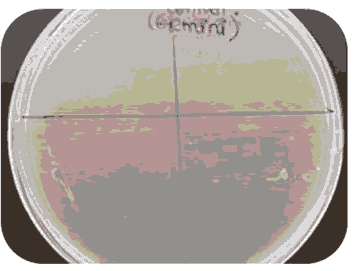 Figure 5: One left premolar bracket from 3 M unites gemini was used as the control group. 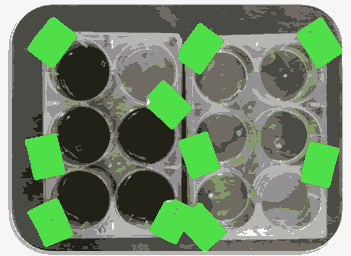 Figure 6: Each of these brackets were immersed in two commonly used disinfectants-10% povidone iodine and 2% glutaraldehyde for 10 mins.

Figure 7: CFU units were checked after 24 hrs of incubation at 37°C.

After incubation of 24hrs in nutrient agar, Colony forming units were counted for all ten bracket samples.

Colony forming units were found in five manufacturing brands (Table 1). Other five bracket samples were free of any microbial growth.

The Contaminated brackets were numbered one to five. Colony forming units were counted by dividing the plate into four quadrants. Bacterial colonies formed in each of the quadrants were counted and averaged. This implies microbial contamination does exist in few brands of brackets which have been newly purchased (Table 2).

All of the ten brackets were uniformly contaminated with saliva collected from orthodontic patients and disinfected with iodine and gluteraldehyde.

After incubation of 24 hrs in nutrient agar, no colony forming units was found in both iodine and gluteraldehyde group thus implying that both 2% glutaraldehyde and 10% povidone iodine are equally efficient disinfectants (Table 3).

Microbial contamination of instruments and materials should be of prior concern for dental practitioners before using them intraorally in patients. Orthodontic brackets come in regular contact with mucosa and brackets are designed in such a way that they harbour plaque and can pose a risk for caries and periodontal infection. Orthodontic brackets are generally not sterilized before usage and pose a risk for infection. This study was conducted to assess microbial contamination in ten different brands of orthodontic brackets and secondarily to assess the disinfecting efficacy of 10% povidone iodine and 2% gluteraldehyde [10,11].

Results of this study showed that five of the 10 tested brackets were proven to have microbial contamination. Other five brands tested in this study were free of any microbial contamination. There are various literatures denoting a direct association of harmful pathogens with major health disorders. Hence it is of utmost importance to sterilize the orthodontic appliances before using it intraorally in patients. This study also aimed to find out the efficacy of two commonly used disinfectant on all the ten brackets which were uniformly contaminated

Among the various disinfecting agents glutaraldehyde and Povidone Iodine have proved its worth among the various disinfecting agents available in the market. The effect of glutaraldehyde is attributed to their ability to add alkyl groups and generate cross-links between proteins causing an addition to binding to peptidoglycans of the cell wall. The stability of glutaraldehyde was found to be better at acidic pH but its bactericidal effect was more at alkaline conditions. Glutaraldehyde damage activity is faster than formaldehyde. Halogen-liberating chemicals express their disinfection by releasing active forms (chlorines or iodine) that destroy both the bacterial membrane and the DNA. Hence in this study both Glutaraldehyde and Povidone Iodine disinfectants were evaluated for its efficacy. When the contaminated brackets were disinfected with 10% providence iodine and 2% glutaraldehyde with a minimum duration of 10 minutes was found to be effective for disinfecting all the ten orthodontic brackets [13].

The results of the study reveal that it should be considered a recommended procedure to disinfect all orthodontic appliances before using it in patients to break the cycle of cross contamination thus safeguarding patients.

From the results of the study, it can be concluded that orthodontic brackets received from manufacturers can be contaminated and pose a potential risk to patients.

Contamination of brackets might have happened during the manufacturing or delivery process. A ten minute insertion in 10% Povidone Iodine or 2% Glutaraldehyde was found to be effective in eliminating the entire microflora. Results of this study show that it is advisable to disinfect orthodontic brackets before using them on patients.

No declaration of funding.

The authors have no conflicts of interest to declare.

I would like to acknowledge the efforts of my co-authors along with my Department Head for encouraging us to get involved in interdisciplinary research topics involving matters of concern for orthodontic purposes.