Upper Gastrointestinal bleeding, which most regularly arises from mucosal erosive diseases, account for up to 20,000 deaths yearly. The general prevalence of acute upper gastrointestinal haemorrhage has been assessed to be 50-100 in line with 1,00,000 people according to year, with an annual hospitalization rate of approximately a 100 in keeping with 1, 00,000 health facility admission [1-2].

This study was done at Sree Balaji medical college and hospital as a prospective study for a period of 2 years. It included patients who had acute symptoms of upper gastrointestinal bleed and excluded the patients who are a known case of bleeding disorders. Number of patients affected, was studied in relation to age group, estimated amount of total blood loss, incidence of endoscopic findings in UGI bleeding.

The amount of blood loss was more than 1000ml in 7% of the participants. Malena alone was noted in 5% of the study participants.

In patients with oesophageal varies 4 of them had Malena. Carcinoma stomach patient presented with Malena. Among patients with gastric ulcer and duodenal ulcer 2 had major hematemesis (Table 1 and Figure 1).

Table 1: Proportion of participants with quantity of blood loss. 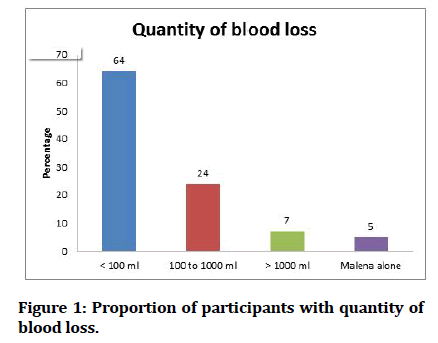 Figure 1: Proportion of participants with quantity of blood loss.