Role of Uric Acid as a Risk Factor in Metabolic Syndrome

Uric acid is a final end product in the degradation of purine metabolism Hyperuricemia results from increased production of uric acid, decreased excretion or a combination of both [1-3]. Hyperuricemia has been identified as having major clinical significance in the development of various co morbidities including gout, metabolic syndrome, coronary artery disease and type 2 diabetes mellitus [4-6], despite its major antioxidant property. Serum uric acid level is associated with the individual components of metabolic syndrome such as obesity, dyslipidemia and hypertension [7]. Hyperuricemia can be an accompaniment disorder with syndrome X (characterized by abdominal obesity, impaired glucose tolerance, increased LDL Cholesterol & decreased HDL Cholesterol). Its presence is an indication for screening and aggressively treating any accompanying obesity, hypercholesterolemia, diabetes or hypertension [8]. Diabetes mellitus type 2 is a common condition among middle age and older individuals. The Prevalence of diabetes mellitus type 2 is increasing globally. India have the max imum increase during the last few years. The prevalence of type 2 diabetes mellitus is 2.4% in rural population and 11.6% in urban population [9]. The metabolic syndrome is a cluster of most dangerous coronary artery disease risk factors: diabetes mellitus type 2, pre diabetes, abdominal obesity, high cholesterol and high blood pressure [10].

People with metabolic syndrome are twice as likely to die from, and three times as likely to have a heart attack or stroke compared with people without the syndrome. Cardiovascular disease is the leading cause of death throughout the world. It accounts for about 30% of death worldwide, including 40% in high income countries, and about 28% in low and middle income countries [11]. Both hyperuricemia and metabolic syndrome are associated with hyperinsulinemia. Hyper uncemia In diabetes mellitus type 2 though prevalent among those with metabolic syndrome, it is not within the diagnostic criteria for diabetic metabolic syndrome. Little is known about the prevalence of hyper uricemia among our population, which is prone for metabolic syndrome, particularly among middle aged and older populations in our society, where compliance and the glycemic control are poor. Serum uric acid a cost effective laboratory assessment could not only serve as an adjunctive, but could also become a criterion to be included 1n diagnosing metabolic syndrome. 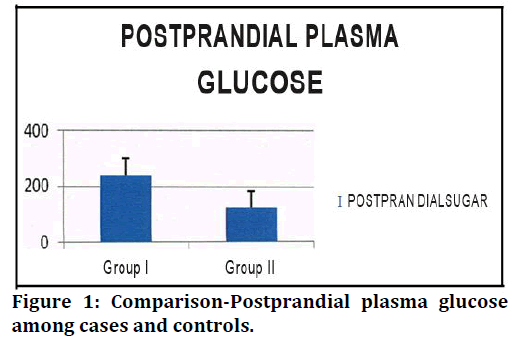 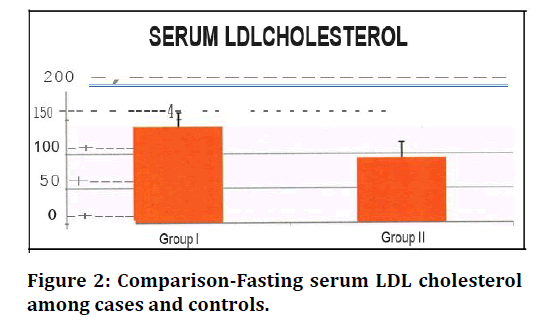 Meta-analysis has recently shown that uric acid elevation is related to an increase in myocardial infarction and mortality events and epidemiological studies showed that uric acid 1s an independent risk factor for cardiovascular diseases particularly in hypertensive and diabetic individuals. It is also speculated that uric acid is one of the determinants of the metabolic syndrome . Individuals with high uric acid levels have an odds ratio of 1.6-fold higher for developing metabolic syndrome. Uric acid is associated with metabolic [12]. Observed negative correlation between HDL-c and uric acid. The likely mechanism is the relationship between decreased HDL-C and insulin resistance [13-15]. In the adipose tissue, there 1s adipokine production, including that of leptin. One possible explanation for the association between higher waist circumference and hyperuricemia were [16,17]. Which studies found that uric acid serum concentrations are independently related to leptin concentration, thus suggesting that would be a pathogenic factor responsible for uric acid increase in obese patients.

A recent study showed an inverse relation between muscle mass and uric acid in healthy individuals older than 40 years. Chronic elevation of uric acid concentrations would be a causal factor for sarcopenia, especially through increased inflammation and oxidative stress [13]. The activation of the xanthine oxidase metabolic pathway, which increases uric acid production and the superoxide radical 132 could elevate the reactive oxygen species (ROS) and it could be the main mechanism for the reduction of muscle mass. Furthermore, uric acid exerts a pro-inflammatory effect, thus stimulating the production of interleukin- I, interleukin-6 the tumor necrosis factor which also can influence the muscle mass [18].

Additionally, obesity and muscle mass reduction are associated with low-intensity chronic inflammation, and uric acid levels can increase in order to protect the organism against the moderate oxidative stress resulting from this situation. Low muscle mass (sarcopenia) is negatively associated with uric acid, However, it has not yet been clarified what the cause or effect is. Probably, oxidative stress produced by excessive uric acid can influence muscle mass reduction. The role played by diet on hyperuricemia has not yet been fully clarified, but high intake of fructose-rich industrialized food and high alcohol intake (particularly beer) seem to influence uricemia. The main mechanism of excretion of urate concentrations occurs by means of renal excretion; hence, glomerular function markers (urea and creatinine) are positively associated with uric acid [22].

Diversion of glycolytic intermediates toward R -5-P , PRPP, and uric acid will follow if there is diminished activity of GA3PDH (glyceraldehyde-3-phosphate dehydrogenase), which is regulated by insulin. Serum triglyceride concentrations may also increase, as might be expected from accumulation of glycerol-3-phosphate. Thus , intrinsic defects 1n GA3PDH and a loss of its responsiveness to insulin, by causing accumulation of glycolytic intermediates, may explain the association between insulin resistance, hyperuricemia, and hyper triglyceridemia [23,24].

The importance of hyperuricemia and the clustering phenomenon of the metabolic syndrome were first described [25]. when he described the clustering of three clinical syndromes: hypertension, hyperglycemia, and hyperuricemia. In 1988, Reaven GM described the important central role of insulin resistance in the seminal Banting lecture where he described Syndrome X, which has now become known as the metabolic syndrome and/or the insulin resistance syndrome. Seven decades after the clustering phenomenon was reported [26]. suggested that hyperuricemia be added to the cluster of metabolic and hemodynamic abnormalities associated with insulin resistance and/ or hyperinsulinemia of Syndrome. The four major players in the metabolic syndrome are hyperinsulinemia, hypertension, hyper lipidemia, and hyperglycemia. Each member of this deadly quartet has been demonstrated to be an independent risk factor for coronary heart disease and capable of working together in a synergistic manner to accelerate both non diabetic atherosclerosis and the atheroscleropathy [27].

In a like manner, hyperuricemia, hyperhomocysteinemia, reactive oxygen species, and highly sensitive C- reactive protein (hsCRP) each play an important role in expanding the original Syndrome X described by Reaven in the atherosclerotic process. The above quartet does not stand alone but interacts in a synergistic manner resulting in the progression of accelerated atherosclerosis and arterial vessel wall remodeling. The metabolic syndrome of clinical clustering has been renamed multiple times over the past 16 years indicating its central importance to cardiovascular disease and was included in the recent National Cholesterol Educational Program - Adult Treatment Panel III (NCEP ATP III) clinical guidelines in order to assist the clinician in using this important tool to evaluate additional cardiovascular risk [28].

The effect of hyperuricemia might be partially responsible for the low-grade inflammation and insulin resistance in the adipose tissue and for increased risk of cardiovascular disease induced by obesity. Glucotoxicity places an additional burden of redox stress on the arterial vessel wall and capillary endothelium. Hyperglycemia induces both an oxidative stress (glucose autoxidation and advanced glycosylation endproducts (AGE)-reactive oxygen species- oxidation products) and a reductive stress through pseudohypoxia with the accumulation of NADH and NADH in the vascular intima [29]. This redox stress consumes the natural occurring local antioxidants such as: superoxide dismutase, glutathione peroxidase, and catalase. Once these local intimal antioxidants are depleted uric acid can undergo the paradoxical antioxidant-prooxidant switch [30]. Uric acid, early on in the atherosclerotic process 1n physiologic ranges as antioxidant. But acts as pro oxidant 1n an elevated range. With the loss of supporting antioxidants above and in a milieu of oxidative-redox stress within the atherosclerotic intima. In metabolic syndrome, type 2 diabetes mellitus and advanced vulnerable atherosclerotic plaques superoxide dismutase, glutathione peroxidase, and catalase are depleted. Antioxidants may become prooxidants 1n certain situations. Serum unc acid in the early stages of the atherosclerotic process is known to act as an antioxidant and may be one of the strongest determinates of plasma antioxidative capacity. However, later 1n the atherosclerotic process when serum unc acid levels are known to be elevated (in the upper 1/3 of the normal range >4mg/dl and outside of the normal range >6mg/dl in females and 6.5-7mg/dl 1n males) this previously antioxidant (serum unc acid) paradoxically becomes prooxidant. The antioxidant - prooxidant urate redox shuttle is an important concept to understand regarding accelerated atherosclerosis. This shuttle is important in understanding the role of how the antioxidant uric acid becomes prooxidant in this environmental milieu, which results in its damaging role to the endothelium and arterial vessel wall remodelling with an elevated tension of oxidative - redox stress (ROS), accelerated atherosclerosis and arterial vessel wall remodelling [31-33].