Pathogenesis of T2DM diabetes is involves the interaction of genetic and environmental factors. People with T2DM are reported to have many abnormalities. Hence there is a necessity to identify modifiable risk factors. Evidences from the previous studies say that calcium and vitamin D are such factors, when modified may control the diseases. Hence this study was done to estimate the serum calcium and vitamin D levels in T2DM and compare the values with non-diabetic samples [1-5]. 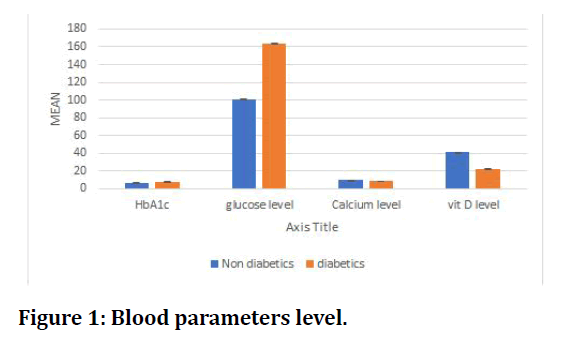 Hence it was concluded from the study that supplementation of calcium along with vitamin D can prove to be a very cost effective and effective measure to control blood glucose levels in diabetics along with other measures such as exercise and oral hypoglycaemic.