Sleep Dose of Thiopentone Sodium Vs. Etomidate for Attenuation of Stress Response During Laryngoscopy

During the induction of anaesthesia there creates cardiovascular depression and causes stress which are mainly due to endotracheal intubation. These are the key elements that are to be considered especially for patients who are under cardiac risk. In this study group-E (Etomidate), anaesthesia was induced with Etomidate 0.3mg/kg and after 30 seconds Atracurium 0.5mg/kg was injected similarly group T patients were injected with thiopentone 3mg/kg and after 30 seconds Atracurium 0.5mg/kg was injected. From the results it was confirmed that etomidate is safer than thiopental in terms of providing haemodynamic stability to the patient during induction and post intubation.

Stress response resulting from intubation, extubation and surgical stimulus can lead to some hemodynamic changes. Affects myocardial perfusion in a negative way by increasing myocardial oxygen consumption and cardiac workload, there by leading to ischaemia also increasing systemic arterial pressure and heart rate [1-2]. Some myocardial perfusion is created due to haemodynamic responses in a very negative way. Which can cause myocardial oxygen consumption to increase and elevating the cardiac workload eventually lading to ischemia.

This study aims to compare the haemodynamic effects of etomidate and thiopental by measuring cardiac output and arterial tension values at the stress response during laryngoscopy of patients undergoing elective surgery. Fallowing parameters are studied

After institutional approval, this prospective study was conducted on 60 adult, ASA grade-I and 2 patients, aged between 18-60 years of either sex, undergoing elective surgeries m general surgery, orthopaedics, urology, and gynaecological surgeries. He patients were randomly assigned into two groups of 30 each.

Patients were visited on the prev10us day of surgery, and the procedure was explained to them. All patients were given anxiolytic tablet diazepam 5-10 mg at bedtime on day before the surgery. A detailed medical history was taken, and systemic examination was carried out and relevant investigations were advised.

An informed written consent was taken from all patients and all patients kept fasting for 8 hours. Patients under following categories were excluded from the study.

• Patients below 18 years and above 60 years

• Patients with history of drug allergy

• Patients with his tom of smoking, severe systemic disease, and neurological disease. 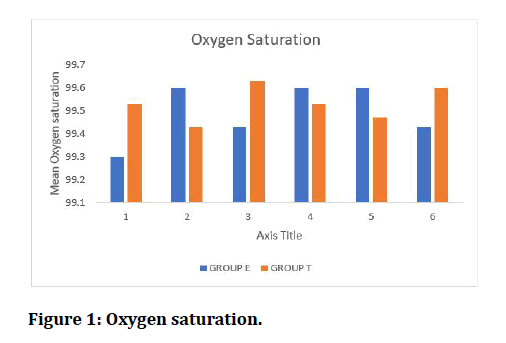 The mechanism of negative inotropic effects caused by intravenous anaesthetics is not exactly known, the use of etomidate, having less of a cardiac-depressive effect, is safer m cardiac patients, but the sympathoadrenal suppress1ve effects limit its usage it was found that the con tractility of the heart changed little, and heart rate, cardiac output and stroke volume remained stable in patients receiving etomidate. Grounds et al. [3] evaluated thiopental, etomidate and propofol in tracheal intubation by adding fentanyl, detected a significant decrease in SAP values in the group receiving only propofol, and there were significant increases in SAP values in the group receiving only thiopental and etomidate after intubation [3-10]. In this study, it proved that etomidate is safer than thiopental in terms of providing haemodynamic stability to the patient during induction and post intubation.