Introduction: Third molar removal under local anesthesia is one of the most common procedures in oral surgery and it has a direct effect on the patient’s quality of life. This study aims to investigate the effect of surgical difficulty of the extraction of impacted mandibular third molars determined by technique and duration of surgery on the postoperative inflammatory response.

Materials and methods: A prospective observational study was conducted on 54 patients who had undergone surgical removal of impacted mandibular third molar under local anesthesia; surgical difficulty was determined by technique and duration of the surgery. The postoperative pain was recorded throughout 7 days postoperatively, while swelling and trismus were evaluated on the 2nd and 7th day after surgery. The postoperative pain, swelling and trismus were correlated with the surgical difficulty.

Impacted tooth is a tooth that is not allowed from erupting into dental arch within the estimated time because of malposition, lack of space or a physical barrier within the pathway of eruption [1]. The surgical removal of impacted mandibular third molars is one of the most commonly performed dent alveolar procedure in oral and maxillofacial surgery and is associated with various postoperative complications [2,3].

Postoperative pain, swelling, and trismus following third molar surgery are thought to arise from the inflammatory response as a direct and immediate consequence of the surgical procedure [4], and they negatively affects the patient’s postoperative quality of life[5,6], thus it is essential to evaluate surgical difficulty and to inform the patient of the potential challenges.

Surgical difficulty measured in different ways has been reported to be one of the factors related to postoperative minor complications [5,6,7], some authors believe it is difficult to estimate difficulty through radiologic methods alone and that actual difficulty can only be estimated intraoperative [8]. A number of studies have used operating time and surgical technique as determinants of difficulty [5,8,9].

It is not clear which measure of surgical difficulty; surgical technique or duration, is a better indicator for the intensity of the postoperative inflammatory response, therefore, the aim of this study was to investigate the effect of surgical difficulty of the extraction of impacted mandibular third molars determined by technique and duration of surgery on postoperative pain, swelling and trismus.

This prospective cohort study included patients who underwent surgical extraction of impacted mandibular third molar under local anesthesia at the Department of Oral and Maxillofacial Surgery, College of Dentistry, University of Baghdad during the period extending from December 2018 to September 2019. Patients with any medical condition that prevent any surgical intervention, patients with history of head and neck radiotherapy, pregnant women, patients with Impacted teeth associated with any pathology such as acute infections, cysts or tumors, or patients with missing lower second molar on the side of surgery were excluded from this study.

The institutional research ethics committee approved the protocol of this study and each patient signed an informed consent to participate in the study. Along with clinical examination a preoperative panoramic radiograph was obtained for all the patients. The radiographic evaluation included the assessment of the angulation (Winter’s classification), class and depth of impaction (Pell and Gregory classification) and the assessment of the root formation and shape, number, pattern of the roots, in addition to evaluation of the investing bone, space or contact of the impacted lower third molar in relation to the mandibular second molar.

All the surgical extractions were performed by one operator under local anesthesia, a triangular flaps was reflected and elevators were used to extract the teeth unless bone removal or tooth sectioning was needed, the duration of surgery was calculated in minutes starting from the first incision to the last suture. All patients received postoperative antibiotics in addition to Ibuprofen 400 mg/three times daily to reduce the postoperative inflammatory pain and swelling.

Forty eight hours and 7 days postoperatively, the facial measurements were repeated in a manner as described earlier to assess the degree of postoperative swelling and the maximum mouth opening was also measured to determine the degree of trismus. Postoperative pain was assessed using a numerical rating scale of 0-10 where 0 indicates no pain and 10 indicates the worst possible pain. Pain was assessed at 6 pm on the day of surgery while for the rest of days at 10 am till the 7th day.

The independent variables in this study were the preoperative measurement as a baseline of facial measurement and maximum mouth opening, and the degree of surgical difficulty determined by the technique of surgical extraction and the duration of surgery. The dependent (outcome) variables were the scores of the pain numerical rating scale during the 7 postoperative days, assessment of facial measurement and mouth opening at 48 hours and 7th day postoperatively, these were compared with the preoperative measurements to assess the degree of postoperative facial swelling and trismus respectively, and correlated them to the degree of surgical difficulty. The data were analyzed using IBM SPSS Statistics for Windows, Version 25.0. Armonk, NY: IBM Corp. The continuous data were presented as mean, standard deviation (SD) and ranges. Categorical data were presented by frequencies and percentages. Independent t-test was used to compare the continuous variables accordingly. Paired t-test was used to compare the swelling and mouth opening scores on baseline and after two and seven days. A level of P value less than 0.05 was considered significant.

The mean reported pain score was highest on the day of surgery and subsequently declined steadily, as shown in (Figure 1). There was nonsignificant difference in pain scores during 7 days postoperatively in relation to the surgical difficulty measured by technique and duration (Table 1). 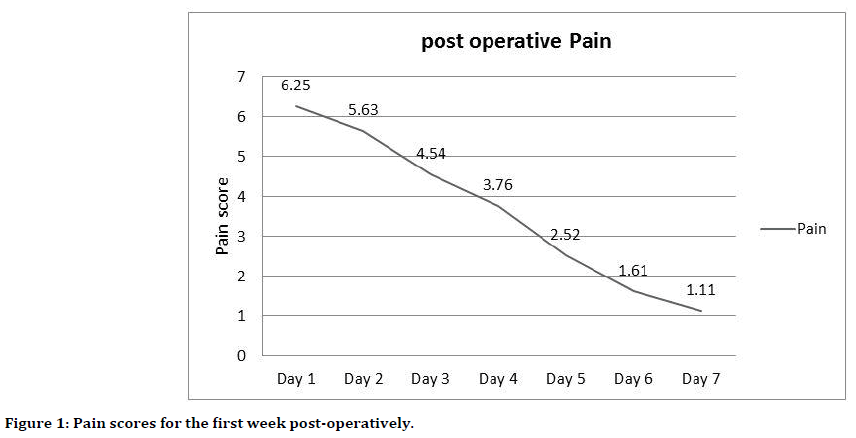 Table 1: Pain scores during 7 days postoperatively in different difficulty categories according to technique and duration of surgical extraction.

Table 2: The differences in facial measurements and mouth opening after 48 hours and seven days postoperatively compared with preoperative baseline readings.

Table 3: Relation of technique and duration with facial measurement.

Table 4: Relation of technique and duration with mouth opening.

This study showed that pain did not depend on the degree of surgical difficulty with patients experiencing similar degrees of pain severity irrespective of the degree of difficulty, also there was no significant difference between the surgical technique and duration of surgery in relation to postoperative pain which in line with other studies that have not found an association between severity of pain and duration of surgery [12,13] and degree of surgical trauma [12,14]. This may be attributed to the fact that pain is a subjective experience and its assessment is influenced by many factors other than surgical difficulty such as age, sex, and anxiety levels [15,16].

The facial measurements as an indicator for postoperative swelling showed a general trend of significant increase 48 hours postoperatively that subsided significantly 7 days after surgery; this is in keeping with other studies that made similar observation [6,17]. The lowest difference in facial measurements during the follow up period was observed in cases that were categorized as low difficulty measured by the surgical technique which indicates that cases that required only flap reflection and did not need osteotomy to complete the extraction resulted in a minimal swelling postoperatively, whereas cases that required osteotomy resulted the highest amount of swelling especially during the first 48 hours postoperatively. This may be explained by the fact that bone osteotomy results in greater degree of tissue injury and thus more inflammatory response. In this context the surgical technique constitutes a better indicator than the duration of surgery in determining the extent of postoperative swelling.

With respect to mouth opening as an indicator for postoperative trismus, this study showed that there was significant decrease in maximum moth opening 48 hours postoperatively compared with that taken preoperatively and 7 days after surgery, this is in keeping with other studies that made similar observation [17,18]. This study demonstrated that the duration of surgery had a more significant effect on the degree of trismus than the surgical technique especially 48 hours after surgery which indicates that the longer the duration of the operation the greater degree of trismus which is in agreement with Lago-Mendez et al. [5] who suggested that operation duration correlates significantly with trismus.

Department of Oral and Maxillofacial surgery, College of Dentistry, University of Baghdad, Iraq