The Impact of Aggression on the Traumatic Dental Injury among School Children (11-12 Years Old) in Baghdad City, Iraq

Background: Schools provide an effective forum to enhance general as well as oral health awareness among children. The unsafe situation negatively influences on the psychology of the children and increase their aggression behavior. This aggression behavior increases the probability of traumatic dental injuries.

Aim of study: This study was conducted among (11-12) year’s old primary schoolchildren in Baghdad city in order to estimate impact of aggression on traumatic dental injuries.

Material and Methods: A cross-sectional study was conducted. The study was carried out in the Baghdad city among private (574) and public (1026) primary schools. The aggression behavior adopted from Orpinas et al. and dental trauma were assessed according to Ellis classification.

Results: The aggression behaviors were more in males than in females, as well as higher percentage recorded in public schools than in private schools. The traumatic dental injuries were highly associated with males. Simple enamel fracture was the most common type of injury.

Discussion: Males showed significant higher aggressive score than females, for each type of studied aggressive behavior. This may due to biological factors; girls' frontal lobes develop earlier than boys, allowing them to self-restrain. It is in agreement with Italian study found that boys obtained higher aggression score than female. This study shows significant differences in the occurrence of traumatic dental injuries between genders, males were more affected with traumatic dental injuries than females had. The present survey is in agreement with these studies as it reported higher prevalence of males than females. This may due to males frequently engage in contact sports and intense/competitive activities, which increase the risk for accidents.

Conclusion: Regarding gender, males were more affected with aggression behavior and traumatic dental injuries than females.

Aggression is hostel, injurious, or harmful behavior often caused by frustration can be collective or individual (WHO, 2007). The general aggression Model is the broadest theory of aggression [1]. One concept to measure aggressive behavior is the aggression scale established in 2001 by Orpinas et al. this scale was developed in Texas for children in US middle school. That might developed in psychological or physical injury to other students. Aggressive behaviors, involving verbal aggression like (teasing, encouraging students to fight, namecalling, threatening to hurt or hit) and physical aggression like (slapping, pushing, hitting, and kicking), additionally instructions about anger like (getting angry easily, being angry most of the day) [2].

Dental trauma is an injury to the mouth, including teeth, lips, gingiva and tongue and most common dental trauma is broken or lost tooth. Traumatic Dental Injury (TDI) in children can change their future dental health [3]. In the early 90s, hypothesized that dental trauma, in the future, will probably exceed dental caries and periodontal diseases. Since that hypothesis was made, several studies have been conducted in different populations and reported 7%–50% of the child population has sustained an oro-dental injury by the age of 15 years [4].

Traumatic dental injury may vary in its severity from a simple enamel fracture, which is the most prevalent type to multiple types of trauma affecting both soft and hard tissue, and even it may reach to a complete avulsion of the tooth [5]. Maxillary central incisors were considered the most common injured teeth the permanent dentitions [6].

Adolescents are mostly injured during sports activities, traffic accidents and some forms of violence (e.g. fights, assault and battery) which may lead to traumatic injuries [7]. Traumatic injuries not only pose a health risk worldwide, but are also regarded among serious social problems. One important category of traumatic injuries is dental trauma, accounting for a major part of health problem in adolescents [8]. Dental injuries generally affect only a single tooth; though, certain trauma types such as vehicle accidents and sports injuries might involve multiple tooth injuries. Coronal fracture of the anterior teeth area is common form of dental trauma that mainly affects adolescents [9]. This not only causes pain and discomfort but can affect the most endearing quality of a human being which is their smile. A ‘smile’ that shows beautiful natural teeth is a greatest asset one person can have. Adolescents are especially perceptive about missing/fractured front teeth and there is often a conscious effort to avoid smiling. The permanent anterior teeth are not only important for aesthetics but are also essential for speech, mastication, health of adjoining tissues and psychological health of adolescent [10].

Poor smile and oral health has been related to poor social relationships and permanent disabilities that affect the ability to learn and grow which may lead to reduced self-esteem. Healthy and free of pain free mouth enables an individual to eat, speak and have higher self esteem.

Many Iraqi studies had been conducted on the traumatized anterior teeth [5,11-13] but this study is considered the first one in Iraq to search aggression behavior and traumatic dental injuries.

A cross-sectional study was conducted. The study was carried out in Baghdad city among the private and public primary schools. Examination started at the beginning of January 2019 until the beginning of May 2019. Official permission was obtained from Iraqi Ministry of Education before data collection in order to examine the selected individuals with no obligation. The study purpose and idea was fully explained to the primary school’s principal and teaching stuff in order to gain their full attention and cooperation.

A sample of 1600 school children were chosen randomly from public (males and females) and private (males and females) schools in Baghdad. Students were eligible to participate in the study aging from 11-12 years old, according to World Health Organization (1987), every child’s age was estimated regarding his/her last birthday. The schoolchildren in private and public schools whom participate in this study had an equal chance to be included in the study.

In addition, an ethical approval was given from the Baghdad University/College of dentistry and a special consent was prepared and given to the children’s parents to get the permission for their children’s participation in the study.

The aggression format adopted from students were respond on the 10 items describing aggressive behavior that measured on 5 points scale, a self-administrated questioner format contain a number of close-ended questions, a positive item was identified as having a score of (most of the time) and (always). The aggressive behavior score termed high if the student showed three or more positive aggressive behaviors, below that it is low aggressive score. The examination of oral cavity was done under standardized condition depending on basic method of oral health surveys of World Health Organization (WHO, 1997) by using dental mirrors probes. The traumatic dental injury was assessed according to Ellis classification [14]. Visual and tactile examination was used for recording the type of dental injuries. Root fracture was not recorded as no radiographic were taken. A tooth that showed more than one type of injury was recorded once according to the highest score.

In the present study, the total sample considered of 1600 schoolchildren from both genders, of 11- 12 years old. Figure 1 illustrates the distribution of children according to type of schools (private and public) and gender. 574 were in private schools and 1026 were in public schools. 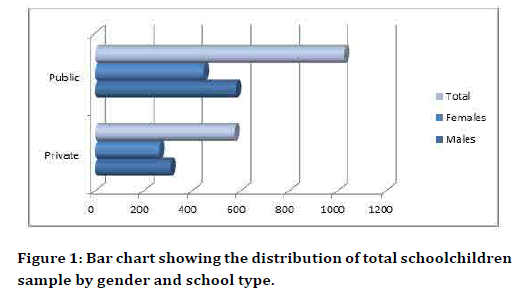 Table 1: The distribution of schoolchildren according to aggression behavior by school type and gender.

Table 2 demonstrates the distribution of schoolchildren with traumatic teeth according to type of school and gender. The lower percentage of schoolchildren with traumatized teeth was found in private schools than public schools. Regarding gender, males in private schools were showed lowest percentage than in public. The same finding was recorded among females.

Table 2: The distribution of school children with traumatic teeth according to type of schools and gender. 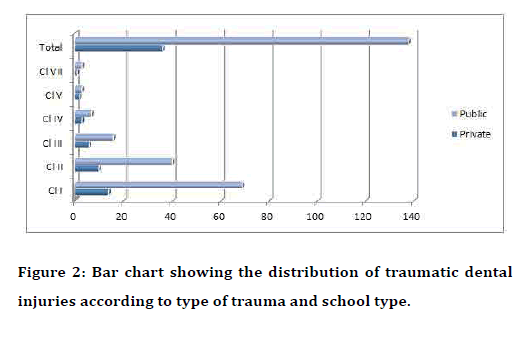 Figure 2: Bar chart showing the distribution of traumatic dental injuries according to type of trauma and school type.

Table 3: The association between aggression behavior and traumatic dental injuries by school types.

The study revealed that all aggression behavior questionnaires were recorded in higher percentage among males than females, similar results were recorded in Landsford survey which found boys reported more regarding physical aggression, this may due to males use more verbal and physical aggression with the difference being greater in the physical type than females [15]. The opposite pictures were observed in Warburton research, females are somewhat more likely to have physical aggression than males. Loveland et al. found that higher levels of aggression may have a negative impact on academic performance as the students may remain absent, being unable to deal with the stressors of school life [16].

The finding of this study recorded that students were physically fight (fight back or physical fight because of being angry) was 24.56% in private schools and 55.84% in public schools. The finding in present study recorded higher percentage mong public schools than in AUE 43.2%, Oman 41.6%, and Jordan 46.6%. This may due to attribute to difference in experimental design among the studies, differences in the population studied and variation in the age or the size of sample [17].

In this study, the prevalence of traumatic dental injuries for both private and public schoolchildren permanent anterior teeth ranged from (6.27%- 13.25%), while other studies reported the range (1.36%-29.6%) [5,13,18]. This may due to schoolchildren frequently engaged in intense/ competitive activities which increase the risk for accidents [19].

Regarding gender, males were affected more than females in both school types. Same result were recorded in many studies [11-13,18,20-25]. This due to male’s higher participation in sports and physical activities than females [3].

Uncomplicated crown fractures (simple enamel fracture or enamel and dentine fracture) where the most common type of dental injury in this study, same pictures were observed in many studies [5,12,13,26] while opposite pictures were recorded by other studies (complicated crown-root fractures, intrusion, extrusion and luxation injuries).

This study shows the maxillary central incisors were the most common teeth affected by trauma. This result was in agreement with many previous studies [5,13,24,25,27], because of their morphology and location they are more susceptible to traumatic dental injuries [17].

From this study it was concluded that:

2. The “fight back when someone hit me” were regarded the highest percentage in both gender.

3. The traumatized teeth were more among males than females

4. Class I traumatic dental injuries were the highest tooth fracture class among private and public schools.

The highest percentage of association between the aggression behavior and traumatic dental injuries among schoolchildren were regarded to “Push or shove other students” in both school types.

Department of Pedodontics and Preventive Dentistry, College of Dentistry, University of Baghdad, Iraq