An In Vitro Assessment of Microleakage under Stainless Steel Bracket Bonded with Three Different Light-Cures Orthodontic Adhesives After Thermocycling and Water Storage | Abstract
All submissions of the EM system will be redirected to Online Manuscript Submission System. Authors are requested to submit articles directly to Online Manuscript Submission System of respective journal.

Background: This in vitro study was conducted to assess the microleakage under stainless steel brackets bonded with three different adhesive systems at both adhesive interfaces occlusally and gingivally after thermocycling and two-month water storage duration.

Materials and methods: A total of 48 sound human upper premolar teeth were selected and arbitrarily allocated into 3 equal groups on the basis of the adhesive system used as; T, S and G groups of 16 teeth each, group T, Transbond XT adhesive; group S, Transbond XT self-etching primer; group G, resin-modified glass ionomer adhesive (GC Fuji ORTHO LC). All specimens in groups T, S and G were framed in different colored coded acrylic blocks; pink, yellow and green, respectively. After bonding and 500 thermocycles, half of specimens of each subgroup (n=8), tested after thermocycling and 24 hours’ water storage while the 2nd half were stored in an incubator at 37°C to be tested after 2 months. After each storage durations, the bonded samples were immersed in 2% methylene blue solution for 24 hours, sectioned longitudinally and then examined by stereomicroscope to measure the dye penetration at the enamel-adhesive and bracket-adhesive of the occlusal and gingival margins. Statistical analysis was performed using the Kruskal-Wallis test and the Mann-Whitney U-test and Wilcoxon signed rank test.

Conclusion: The type of adhesive may play an important role in the microleakage event and GC Fugi ORTHO LC exhibited more microleakage than other adhesives at both adhesive interfaces and at bracket margins, Thermocycling and 2 months water storage duration not significantly increase the microleakage in different tested groups. 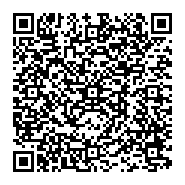