Assessment the Cytotoxic Effect and Phytochemical Constituents of Ethyl Acetate Fraction of Iraqi Cassia glauca on Esophagus Cancer Cells | Abstract
All submissions of the EM system will be redirected to Online Manuscript Submission System. Authors are requested to submit articles directly to Online Manuscript Submission System of respective journal.

Background: Cell lines obtained from cancer cells are usually used in experiments, such as use as a representative to cancer and to come up with a new treatment. The aim of the study: To explore the chemical constituents and assessment the anticancer activity against esophageal adenocarcinoma cell line of Cassia glauca (steams, leaves, flowers) parts where no phytochemical study had been done in Iraq on this plant.

Method: (Steams, leaves, flowers) parts of C. glauca defatted by maceration in n-hexane. The defatted plant parts were extracted by cold method, the aqueous ethanol 85% used as a solvent for extraction and the extract fractionated by chloroform, ethyl acetate and n-butanol. The ethyl acetate fraction then analyzed by High Performance Liquid Chromatography (HPLC) to investigate its constituents. The MTT assay used to evaluate the anticancer activity by employment 96 well plates, the cell lines implanted by (1 × 104) cells/well. And 24 h later different concentration had been used to treat the SK-GT4 cell lines. By removing the medium after 72 h of treatment the cell viability was measured, 28 μL of MTT solution of concentration (2 mg/mL) were added and then the cells were incubated for 1.5 h at 37°C. When the MMT solution where removed any crystals sticked on the walls by addition of 130 μL of DMSO (Dimethyl Sulphoxide) were solubilized, then another incubation at 37°C with shaking for 15 min. On a micro plate reader at 492 nm (test wavelength) the absorbance where determined. 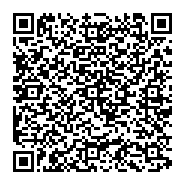