Introduction: Third molar removal under local anesthesia is one of the most common procedures in oral surgery and it has a direct effect on the patient’s quality of life. This study aims to investigate the effect of surgical difficulty of the extraction of impacted mandibular third molars determined by technique and duration of surgery on the postoperative inflammatory response.

Materials and methods: A prospective observational study was conducted on 54 patients who had undergone surgical removal of impacted mandibular third molar under local anesthesia; surgical difficulty was determined by technique and duration of the surgery. The postoperative pain was recorded throughout 7 days postoperatively, while swelling and trismus were evaluated on the 2nd and 7th day after surgery. The postoperative pain, swelling and trismus were correlated with the surgical difficulty. 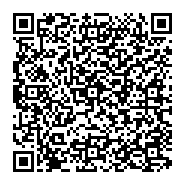