Effectiveness of Papain as an Anti-Inflammatory Agent in Patients Undergoing Surgical Removal of Impacted Teeth-A Randomized Double Blinded Clinical Trial
All submissions of the EM system will be redirected to Online Manuscript Submission System. Authors are requested to submit articles directly to Online Manuscript Submission System of respective journal.

Background: The most common drugs used for treatment of both acute and chronic inflammation include both steroidal and non-steroidal anti-inflammatory drugs (NSAIDs).. However, drugs from both these groups are saddled with many side effects. Corticosteroids for example can cause peptic ulcer disease, raised blood pressure and glucose levels. NSAIDs meanwhile can cause severe complications such as peptic ulcer disease, renal impairment and elevate the risk of developing heart failure. Thereby, the emergence of several alternative anti-inflammatory drugs such as enzyme-based serine proteases have been thought to be a safer option in patients needing acute or chronic reduction of inflammation. Materials And Method: The study was conducted on 60 patients of either sex between the age group of 18-40 years who required removal of impacted third molar teeth Group 1:- comprising of 30 patients received the drug of papain for three times a day for five days.(500 mg) Group 2: comprising of 30 patients received conventional therapy. Measurement of facial swelling was made preoperatively and on the first, third and seventh postoperative day. Pain was evaluated from the patient's response to visual analogue scale (VAS). Results: Group 1 with Papain showed a significant reduction in facial swelling when compared to Group 2(Control).When considering analgesic effect papain showed a significant reduction in pain compared to Control group. Conclusion: Use of papain appears to be associated with reduction of soft tissue swelling and improved mouth opening when compared to conventional therapy (placebo).

Removal of impacted mandibular molars involves the surgical manipulation of both soft and bony tissue also as exposure of susceptible tissues to a septic environment. The sequelae to the operation often include pain, oedema, and trismus [1]. Papase, which is a protease, is believed to be effective in eliminating the cellular components of inflammation [2]. Several authors have demonstrated the effectiveness and safety of these drugs.

Corticosteroids for instance can cause peptic ulceration disease, raised vital sign and glucose levels. NSAIDs meanwhile can cause severe complications like peptic ulceration disease, renal impairment and elevate the danger of developing coronary failure [3]. Thereby, the emergence of several alternative anti-inflammatory drugs like enzyme-based serine proteases had been touted as an exciting and safer option in patients needing acute or chronic reduction of inflammation.

Proteolytic enzymes have been used extensively in both the surgical and medical fields as an anti-inflammatory agent [4]. Examples of use include generally surgery for traumatic and postoperative inflammation, in dentistry to reduce inflammation and increase antibiotic concentration in cases of periodontitis and in otolaryngology for cases of upper and lower tract infections and as an expectorant [5].

Papain has traditionally been used as an antiinflammatory drug. In modern medicine, its use is especially as anti-inflammatory medicine. However, it's unclear whether this drug truly works or just exerts a consequence [6]. The utilization of papain is often extended to wound care also. The aim of this study was to evaluate the anti- inflammatory properties of papain following surgical removal of lower third molars in terms of reducing postoperative pain, facial swelling.

Previously our team has a rich experience in working on various research projects across multiple disciplines [7-21]. Now the growing trend in this area motivated us to pursue this project.

Sixty outpatients who visited the Department of Oral and Maxillofacial Surgery, for surgical extraction of impacted third molars were randomly selected for a double-blind study to compare the effectiveness of Papain and Placebo. Patients above 25 years requiring mandibular third molar surgery with ASA Physical status I and II were selected for the study. Patients were divided into two groups; Group 1 and Group 2 were randomly assigned with the assigned code Group 1(Papain) and Group 2(Control).

All drugs were dispersed in the form of packets. Patients were taken up for surgical removal of impacted mandibular third molar under standardized local anaesthetic technique and surgical procedure. The study being Double-blinded, the operating surgeon was not aware of the drug dispensed by the controller to the patient’s postoperatively neither did the patients nor the investigators aware of the drug given. The codes of the drugs were disclosed to the investigator by the controller after the pain assessment.

Post-operatively pain assessment was done with the help of Visual Analogue Scale (VAS).Swelling was assessed by means of two-point measurement of soft tissue(traguspogonion distance). All the parameters were assessed on 1st, 3rd, and 7th day postoperatively and using the above-mentioned methods the results of the two groups were compared and statistically analysed. Paracetamol 500mg combination was given as a rescue medication. The statistical analysis was done using Statistical Package for Social Sciences (SPSS) Version 15.0 Statistical Analysis Software. The values were represented in mean ± SD.

Isolation of the surgical field was accomplished. Patients were administered local anaesthetic-2% Lignocaine hydrochloride with 1:80,000 epinephrine’s and the area was anesthetized using Inferior Alveolar Nerve Block Technique. Ward’s incision was placed using a standard No.15 blade and muco-periosteal flap was then raised. Bone guttering and tooth sectioning was then completed using a No.702 SL (Surgical Length) Taper Fissure Crosscut Carbide bur. Tooth was then elevated and extracted from the socket, the extraction socket was irrigated with saline and primary closure of the surgical wound was done with 3-0 silk suture. After surgery Post extraction instructions were given to the patients, Antibiotics prescribed, and the coded study drugs were given to the patients immediately after surgery postoperatively. Patients were recalled after seven days for suture removal. The individual parameters such as swelling and pain were recorded on the 1st day, 3rd and 7th day postoperatively. 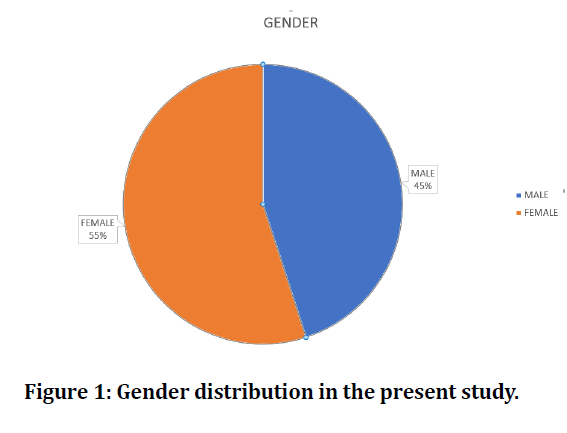 Proteolytic enzymes have been used extensively in both the surgical and medical fields as an anti-inflammatory agent. Examples of use include generally surgery for traumatic and postoperative inflammation, in dentistry to reduce inflammation and increase antibiotic concentration in cases of periodontitis and also in otolaryngology for cases of upper and lower tract infections and as an expectorant [7]. Papain has traditionally been used as an anti-inflammatory drug. In modern medicine, its use is especially as antiinflammatory medicine. However, it is unclear whether this drug truly works or just exerts a consequence [8]. The aim of the present study is to evaluate the antiinflammatory properties of papain following surgical removal of lower third molars in terms of reducing postoperative pain, facial swelling.

Previous studies checked out the utilization of the plant protease, papase, in oral surgery. They suggested that papase had been shown to scale back oedema, inflammation and associated pain also on promoting healing". The trial they conducted was double-blind on 25 patients, each with comparable bilateral oral surgical procedures. Each patient served as his own control and papase was given for one procedure and placebo for the opposite. Patients were evaluated on each postoperative day until resolution was complete. Papase reduced oedema markedly in 28% of the patients, moderately in 60% and minimally or not in the least in 12%. It also reduced the time for resolution of the surgical area markedly within most of the patients.

CACI & GLUCK have also reported on the utilization of papase as an inhibitor of complications after oral surgery and that they compared it with prednisolone. Their data indicated that both papase and prednisolone were effective in minimizing post-surgical trismus and pain, but had no effect on oedema. Most findings pointed to the steroids as reducing oedema [6].

• As an anti-inflammatory: Serrati peptidase reduces inflammation by increasing draining of fluid also as thinning the fluid and decreasing the quantity of fluid within the tissues alongside accelerating healing by rapid removal of surrounding dead tissues.

• As an analgesic: this action is exerted is thru inhibition of pain inducing amines like bradykinin that is usually secreted by the injured cells and tissues.

Evidence also favours the side effect profile of this drug. There are minimal adverse drug reactions reported with this drugs that have mostly minor skin allergies, gastrointestinal disturbances and occasional cough with no significant effects on the liver or kidney [10]. Dosing is variable. General dosing is sucking or chewing 2 tablets fourfold each day for the primary day then 1 tablet fourfold each day for five days. It’s contraindicated in those taking anti-coagulants or having generalized or systemic infections.

Our institution is passionate about high quality evidence based research and has excelled in various fields [11,22-36]

The author declares no conflicts of interest.