To measure the physiological, social, economic, psychological and educational problems faced by wives of alcoholic dependence, To find out the association between the level of problems faced by wives of alcoholic dependence with demographic variables like age, education occupation, income, and pattern of drinking alcohol, To find the Linear regression between demographic variables with problems faced by wives of alcoholic dependence such as physiological and psychological problems. Among other substance or drugs, alcohol is the most frequently abused drug. Alcoholism is one of the major problems in this country and the world in general. This problem is affecting not only the person who is consuming alcohol it also affects all other people who are living around him. The spouses of the alcoholics are mostly affected. Stress has a negative impact on one’s mental and physical health. This study was conducted in a Government hospital at Chengalpattu, Tamil Nadu. Age, number of children, occupation, and monthly income, history of domestic violence and duration of alcohol consumption are the demographic variables studied. Documents collected from the wives were analyzed using statistical techniques. Due to alcoholics, the worst affected are their wives further study also shows that there is stark stress level in wives facing with native violence and husband excessive alcohol consumption shows severe stress in wives.

Day today life alcoholism is chronic inventive and regularly fatal disease. It is a primary disorder and not a symptom of other disease or emotional problems. The chemistry of alcohol allows it to effect nearly every type of cell in the body, including those in the central nervous system. When a person drinks alcohol, the alcohol is absorbed by the stomach cell, and then taken to the systemic circulation and goes to all the tissues. As well as the amount of food and alcohol consumed. The effects of alcohol intake include dizziness and talkativeness; the immediate effect of a larger amount of nausea, disturbed sleep, alcohol includes slurred speech, and vomiting. Alcohol even at low doses may significantly have impaired the judgment and coordination. Low to moderate doses of alcohol can also increase the incidence of variety of aggressive acts, including domestic violence and child abuse. In addition to this the drink also takes his whole family down with him. Substance abuse disorders, especially alcohol, are a matter of concern around the world. It has a strong impact on individual health, familial and social consequences, criminal and legal problems, and the effects on the national productivity and economy. Previous studies state that to completely wipe out or to minimize the usage of any kind of substance addiction, strategies covering many fields need to be designed [1]. Alcoholism has been a global health and social problem. Claimed to be one of the global risk factors, accounting for 1.5% of all deaths in the world and 3.5 % of disability adjusted life years and 4.0% of global burden of disease, alcoholism is a huge challenge to any society even now [2].

The continuous use of alcohol to the point of causing damage to the individual, society or both is known as Alcoholism [3]. The problem of excessive alcohol consumption is a major cause of public health concern both in urban and rural areas. It is the third leading mental health problem in the world today. Apart from affecting the physical and mental health of the individual consuming it, it largely affects his family in more than one way making alcohol- related family disruption a serious, complex and pervasive social problem [4]. Majority of the alcohol addicts belong to the male gender in our country. The reason for consumption maybe to overcome stress (caused due to familial, financial and psychological problems) but instead it turns out to become a vicious cycle which further stresses and burdens the individual and his family. Alcoholism seems to further decrease a person’s self-esteem and confidence [5]. In the words of Raymond Chandler, an alcoholic, a real alcoholic, is not the same man at all. You can't predict anything about him for sure except that he will be someone you never met before.” Recent developments and high paid jobs have in turn made consumption of alcohol a social pride. This raises concerns about the health and the social consequences of excessive drinking [6]. This addiction may affect people of any age group, social back ground or religion. Very often alcoholism affects highly educated people. Often the consumer does not feel that he is addicted [7].

Married individuals in which one or both spouses of alcoholic report higher levels of marital distress [8,9]. Effective communication is necessary for a successful marriage. But alcoholism is often linked with aggressive communication–through anger and indifference thereby affecting a good marriage and creating tension. As alcoholics are not able to do their daily chores, the complete burden on running the family falls on the spouse who increases their stress level enormously [6] and increases feelings of hatred, self- pity, avoidance of social contacts, exhaustion–both physically and mentally. This also affects the family financially and finally may lead to divorce [9]. Based on this, the present study was designed to evaluate the stress levels among wives of alcoholics and non-alcoholics.

The current study was conducted in a Government Hospital in Chengalpattu. From here we selected Psychiatric OPD where wives of alcoholic’s patients come to the clinic and male medical ward where patients with no history of alcoholism were admitted along with their wives.

Non probability convenience sampling technique was selected for this study. OPD wives who are all available were selected as study participants.

For wives of non-alcoholics

Pilot study steered from 4-1-2014 to 5-12-2014. Formal approval was obtained from the medical superintendent of the Government hospital, Chengalpattu. 20 samples were selected for pilot study 5 wives of alcoholic and 5 wives of non-alcoholics. A brief introduction about self and study was given to the wives and informed verbal consent obtained and the confidentiality of the response is maintained. Result of the pilot study shows p value=0.009 as p value <0.05 there is a significant difference in level of stress between wives of alcoholics and wives of non-alcoholics.

The data collection was planned for only four weeks i.e. from 10-12-14 to 11-1-15. Time schedule was planned from 10am to 4pm everyday minimum 7-9 members per day. Everyday demographic information was collected using the tool with demographic variables questionnaire through interview method, followed by the Sheldon Cohen perceived stress scale analysis, we assessed the stress level in both wives of alcoholics and wives of nonalcoholics. Figure 1. Distribution of wives according to age. 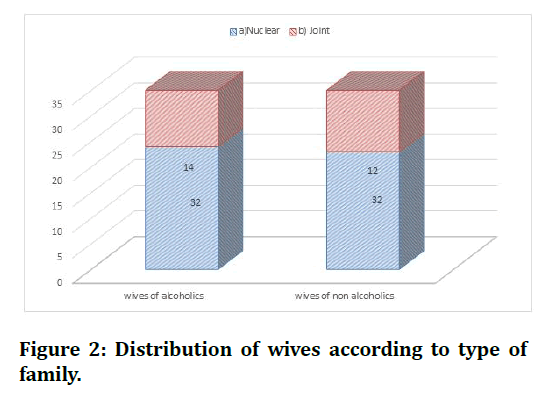 Figure 2. Distribution of wives according to type of family. 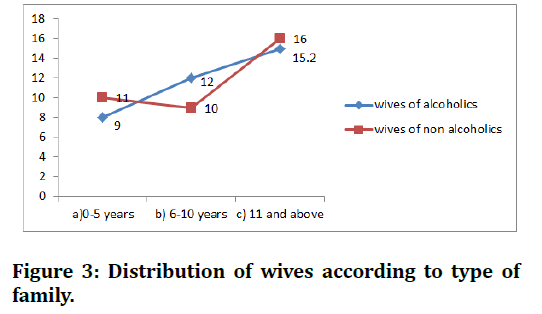 Figure 3. Distribution of wives according to type of family.

Figure 4 shows distribution of wives based on religion among wives of alcoholics 21 Hindus, 9 Christians, 5 Muslims and in wives of non-alcoholics 25 are Hindus, 9 Muslims, 1.5 Christian. 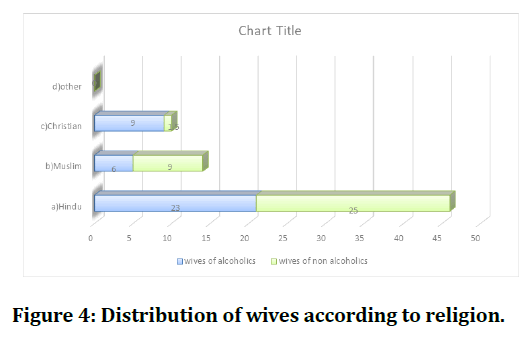 Figure 4. Distribution of wives according to religion. 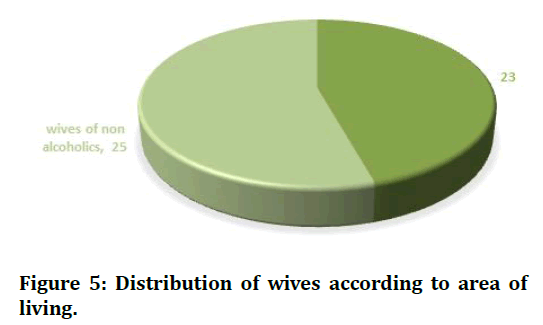 Figure 5. Distribution of wives according to area of living. 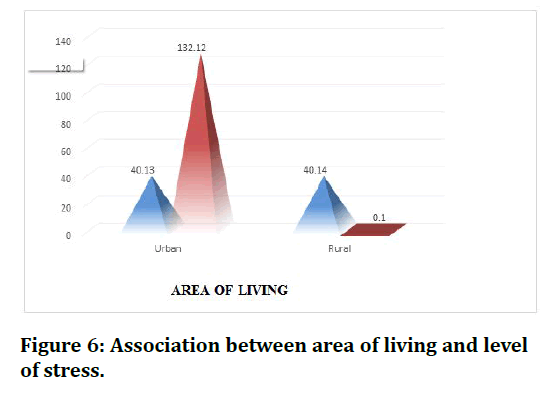 Figure 6. Association between area of living and level of stress.

The purpose of the study was to assess the level of stress in wives of alcoholics and in wives of non-alcoholics. The research approach used was quantitative non experimental descriptive survey, study setting was conducted in community Ranipokhri Dehradun, population was the spouses of alcoholic dependents, and purposive sampling technique was used to choose the participant. Tool used was modified in four point Likert scale to assess the stress level among spouses of alcoholic men. Pilot study was conducted from 10% of entire population. Data collection process was done in the period of two days, whole research process was started with identifying subject participant permission was obtained from principal, purpose was explained to subject participants and consent were taken and administrated tools to 50 subject participant for data collection then proceeded for data analysis. Who concluded saying there is a significant high level of stress scores in wives of alcoholics than in wives of nonalcoholics [10,11].

The obtained “t” value is 11.2 and p value is 0.0001 as p value is <0.05 the study statistically significant. In Nagapattu village, Kancheepuram district, Tamilnadu a significant difference between stress level score of wives of alcoholics and wives of non-alcoholics was reported [14]. In India, the wives of alcoholics had health problems-genital disease, cardio vascular problems and psychometric disorders like stress, anxiety [15]. The chisquare value 0.001 shows that there is significant association between levels of stress with history of domestic violence. [16]. the chi-square value 0.001 shows that there is a significant association between levels of stress with history of duration of husband alcoholic consumption. In Salem, significant high level of domestic violence and suicidal risk was reported in the wives of alcoholics In accordance with the present study, it was reported that excessive partner alcohol use increased the risk of mental disorders in wives like depression, anxiety, stress In wives of alcohol dependent males versus abstainers/ social drinker wives in urban slum areas in north ward Mumbai, it is shown that there was a significant higher abuse in wives of an illiterate husband and the abuse was higher in illiterate and unemployed women Wives with higher level of domestic violence showed higher level of stress [17].

The present study shows that there is severe stress level in wives facing with domestic violence and husband excessive alcohol consumption shows severe stress in wives. Families of alcoholics experience guilt, shame, resentment, insecurity, delinquency, financial troubles, isolation, fear and violence. The impact of alcohol dependence on marital functioning and the psycho-social development of the members are the challenged problems to research. Among all the family members of alcoholic wives will face more problems. Couple-level research adds more information on contraceptive behaviour which may be useful for programmers and policy makers, like feelings of hopelessness, guilt, hurt, etc. Conveying changes in the attitude and behaviour of the alcoholics through individual therapy, family therapy, group therapy, occupational therapy activities such as music therapy, yoga, and meditation and relaxation techniques may support to an alcohol free society.

The study was descriptive in nature that there is severe stress level in wives facing with domestic violence and husband excessive alcohol consumption shows e identification of risk factors is essential for prevention. As drinking pattern vary considerably, the prevention of alcoholics is not easy. Educating the public, discussion and investigation of public attitudes may result in measurable improvement from different rural or urban slum area.

The encouragement and support from Bharath Institute of Higher Education and Research, Chengalpattu, Tamil Nadu, India is gratefully acknowledged for providing the laboratory facilities to carry out the research work.


Citation: AR Bharathi, The Equivalent Study to Assess the Stress Level mid Wives of Wives of Non- Alcoholics and Alcoholics in a Hospital in Chengalpattu, J Res Med Dent Sci, 2021, 9(8): 133-137